Frustrated with the lack of opportunities available to professional dancers in Australia, Michael Pappalardo decided to take matters into his own hands. In 2013 he launched the project-based Melbourne City Ballet (MCB), which, with the help of a strong artistic and business team, became full-time the following year. 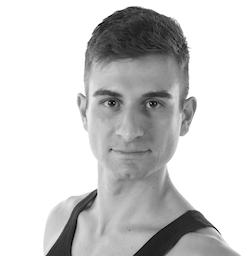 With a developing repertoire encompassing reworked versions of the classics (Coppelia, A Midsummer Night’s Dream) and original neoclassical works, MCB is aiming high.

“I very much envisage Melbourne City Ballet becoming Victoria’s state based company, creating new opportunities for the abundant number of high quality professional ballet dancers across the state who struggle to obtain employment,” says Michael. “Everyone who works with Melbourne City Ballet shares this vision and works passionately to see this come to fruition.”

And only a year into being full-time, the company has already made some significant leaps; it will soon be moving into a larger home, and has in fact surpassed the goals in its initial five year plan. This success, Michael says, is due to “a lot of hard work” and a strong team of collaborators.

“I am very fortunate to be surrounded by a team who share my vision and passion toward creating a performance company for Victoria. You need to have the right team to take on any venture of this magnitude.”

This month, MCB will take Carmen on a regional tour of Victoria and New South Wales. Performing at six centres, including the Seymour Centre for the Sydney Fringe, it’s Pappalardo’s first classical ballet, and enjoyed a positive reception at its premiere last year. 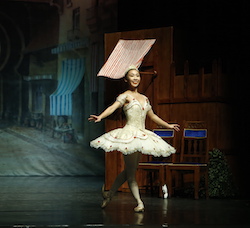 He promises an evening of “beautiful footwork, gorgeous costumes and a passionate story that is timeless. The score surrounding Carmen is so distinct and evocative that audiences will simply be captured from the first overture.”

Also on the horizon is a special guest appearance at this year’s Australian Dance Awards, a significant opportunity for the company to gain exposure to a wider audience. Artists Carolina Pais and William Douglas will perform the wedding pas de deux Helena and Demetrius from A Midsummer Night’s Dream for the Adelaide audience.

It’s a busy time for Michael and his team, and full of challenges. “Building revenue, obtaining sponsorship, finding the right team and being considered for funding opportunities… Operating a ballet company without State or Federal government funding takes a lot of planning by myself and our company manager, who work tirelessly to ensure the organisation has fresh but stable ideas to protect our artists’ positions.” The most difficult aspect, though is “breaking through some of the misconceptions associated with newer companies.”

There’s been a lot of support, though, and Pappalardo is quick to pay credit where it’s due: “We are very fortunate with the level of support we have received from the community and our partners. It is very important to acknowledge the time and support that Melbourne City Ballet has received. Our sponsors have very much become a part of our family and we continue to get to know our growing community as we expand.” 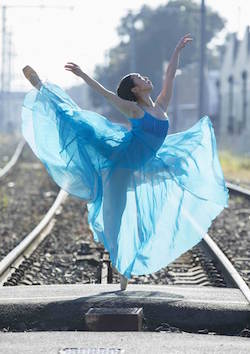 What do you love most about dance?

“Dance is an incredible way to express yourself. Coming from Japan, I felt that I was able to build a life here in Australia through the relationships I made with other dancers. Back then, I couldn’t speak English that well, but we connected with each other through dance. Whenever I get onstage, I feel that sense of connection with the audience. It’s kind of like my mother tongue.”

“I like Michaela in Carmen, and Swanhilda in Coppelia. They’re both challenging roles but for very different reasons. Michaela is very interesting to portray. She is so trusting and single-minded – it was an emotional role for me to play, actually – I often almost cried on stage. Swanhilda is such a contrast to Michaela. She is bright, in love and pretty selfish. Sometimes I feel like that too!”

Which choreographers are you most inspired by?

“George Balanchine is one, definitely. I get a lot of inspiration from his use of music and how his dancers move. Also Toru Shimazaki – he actually choreographed a solo for me when I was living in Canada. It was an incredible honour and it’s such a beautiful piece.”

Which roles would you love to play?

“Wow, that’s a tough one. So many roles! Maybe Kitri from Don Quixote. She is a strong female character, which I love, and the music is bright and fun. Also there’s a great dream sequence in the second act where Kitri plays Dulcinea. I would love the challenge of that contrast.”

What gets you through tough times?

“I have an amazing fiance, I love spending time with him. Often tough times as a dancer means injuries, so I know I can count on him to support me with love and calf massages.” 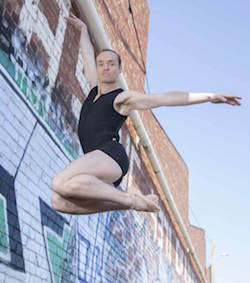 What is your first memory of dance?

“Dancing around the house so much that my parents had no choice but to let me enrol for ballet classes.”

What is the best thing about MCB?

“It’s like we are a big family working together doing something we all love. It definitely brings out my creative side.”

What is your advice to young dancers?

What inspires you to keep dancing?

“It’s just something inside me that won’t let me stop. Once you have the passion, I don’t think it ever goes.”

Which choreographers would you love to work with?

“Jiri Kylian has always been a huge inspiration for me. I would love to work with Jorma Elo again too.”