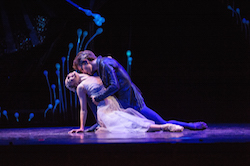 The Vodafone Season of ‘A Midsummer Night’s Dream’, by the Royal New Zealand Ballet. Photo by Stephen A’Court.

Tempo Dance Festival is still taking applications for works to be presented in October 2016. It will take place over two weeks at Q Theatre, utilising Rangatira, Loft and Vault performance spaces, on Auckland’s iconic Queen Street. If you want to propose an event outside of Q Theatre, such as a site specific work or gallery event, they are open to discuss your ideas. Tempo is a platform to present dance in its many forms and styles, either short works as part of a Tempo-produced programme or as a self-produced full-length show or Double/Triple Bill. All Expressions of Interest for Tempo 2016 must be received before or by 29 January 2016 if you do not plan to apply for funding. Apply here 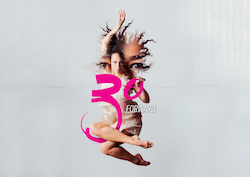 Tempo Dance Festival 2015 takes place in Auckland from 30 September – 18 October, under the direction of newly appointed Artistic Director Carrie Rae Cunningham. Atamira Dance Company founder, Jack Gray kicks off the season with his first full length work, Mitimiti. Footnote New Zealand Dance will celebrate their 30 year anniversary with 30Forward, a selection of highlights from full-length works over the past decade.

Work from Yatra Dance, Ross McCormack, Dynamotion and Y Chromozone are also on the menu, along with a series of short dance films in the Quick Flicks programme. For more information visit: tempo.co.nz

Also coming up this month is The Body Festival 2015 which takes place in Christchurch from 25 September – 11 October. Presenting not only the finest home-grown dancers in a vast range of genres; pole dancing to hip hop, contemporary dance to circus and everything in between, 2015 also sees works presented from the USA, Australia, Spain and, for the first time, Poland, making this year’s programme truly global.

A ‘dancing in the dark’ No Lights No Lycra dance party opens the festival, and there will also be ‘have a go’ workshops and masterclasses with visiting artists. For more information visit: thebody.co.nz

Two more festivals will follow in October; the Nelson Arts Festival 2015 from 14 – 26 October in Nelson, and InterACT Disability Arts Festival from 21 -23 October in Auckland. For more information visit nelsonartsfestival.co.nz and interacting.org.nz. 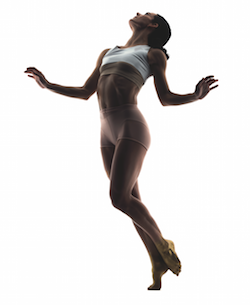 Award-winning Māori dancer and choreographer Shakaiah Perez was chosen to attend an acclaimed indigenous arts residency at one of the world’s leading arts and creativity hubs. Thanks to a joint initiative between Creative New Zealand and The Banff Centre, Shakaiah has been participating in the Indigenous Dance Residency in Canada. The four-week residency involves daily technique classes and choreographic exploration with acclaimed indigenous choreographers and instructors, as well as creating a new choreographic work that will be performed as part of the Banff Summer Arts Festival. The 19-year-old already has international hip hop titles, vast film and television experience and will appear in the upcoming NZ hip hop film Born to Dance.

Two young dance/theatre artists have each been awarded $5,000 in the 2015 Dame Malvina Major Foundation Christchurch Arts Excellence Awards, with support from The Canterbury Community Trust. James Buchanan (20) will be studying for a Bachelor of Arts in Professional Music Theatre at the Arts Educational Schools London. Callahan Laird (14), has been accepted into Junior Associates and is a Scholar at New Zealand School of Dance, Wellington majoring in Classical Ballet. He will continue his training at Levings School of Dance, Christchurch this year.

THE BRADAS of Identity Company took out the Gold medal in the adult section of the Hip Hop International World Finals in San Diego against 80 other teams from across the world. The group’s slick choreography and undoubted skill were evident in their highly polished routine and made them favourites with the crowd and the judges. New Zealand’s only other medal this year was Silver for the Royal Family, in a very close final in the Megacrew division. The Bradas choreographed and developed their own set for the competition and stuck to a rigorous training programme for the last three months in preparation for this event.