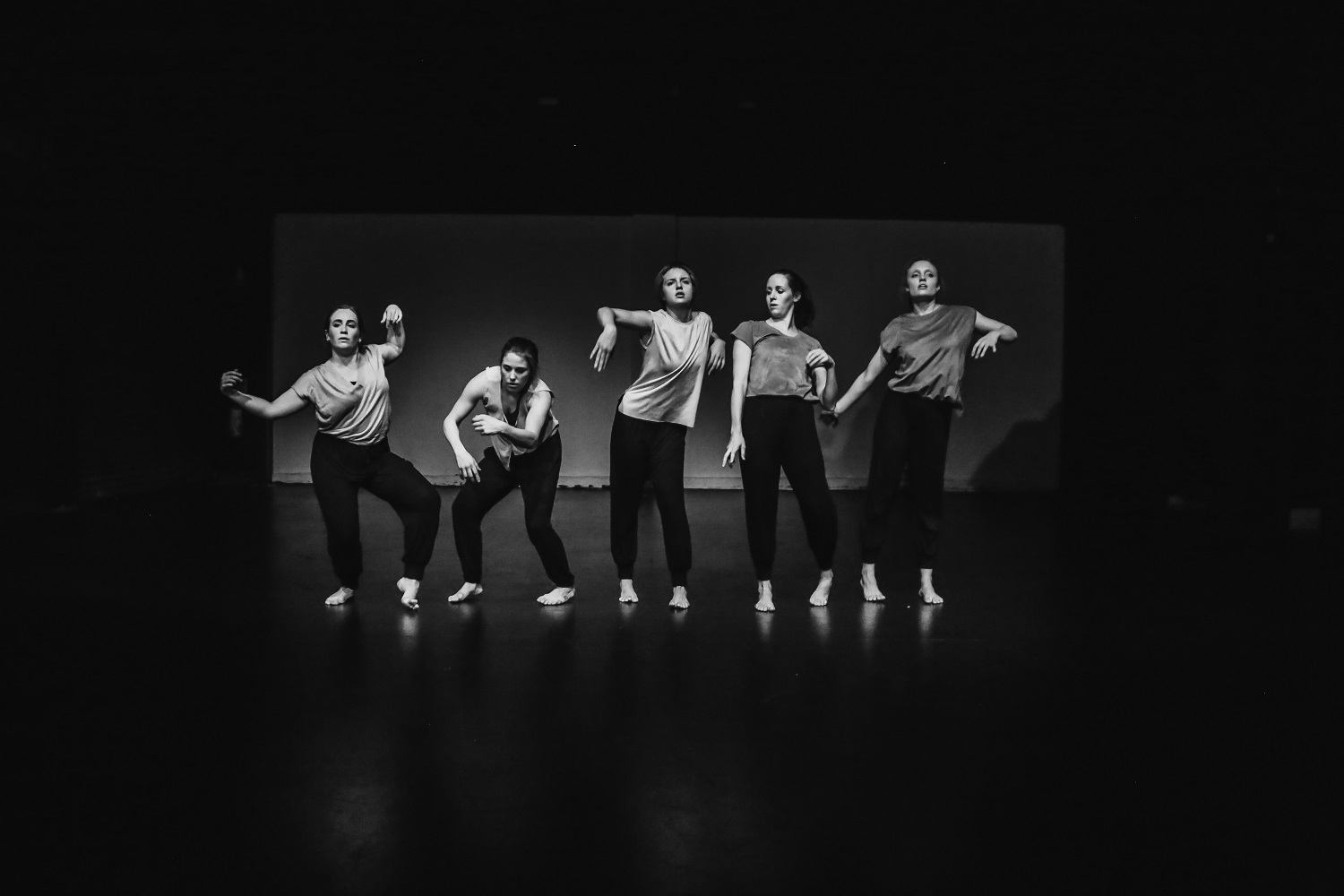 In its latest Out of the Studio program, Dirty Feet presented a most exciting double bill of challenging, cutting-edge contemporary dance. For both works there were no sets, just a few white panels at the back. However, this sparse blackbox production featured some terrific lighting effects and tremendous dancing.

The opening work was Bodied Assemblies, as choreographed by Rhiannon Newton. It began with a snappy blackout and included strobe lighting. The cast of three were splendid and gave terrific performances. In black costumes with fringes, it was an intense, dynamic, hypnotically-controlled performance. At times I detected a possible Merce Cunningham influence, and maybe even a hint of Butoh.

In the opening section there were lots of extremely controlled slow-motion movements, including a tilt of the head, a very slight change of the neck or shoulder, and agonizing sculptural poses. These were combined with a lot of floor work, which was all contrasted with the group eventually standing and moving in unison, balancing weight and movement, sometimes doing very energetic side swings. 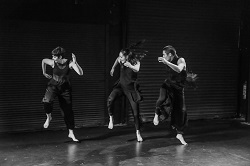 Dirty Feet presents ‘Out Of The Studio’. Photo by Hayley Rose Photography.

Mostly the work was performed in silence, but there were occasional vocalizations and a sort of chant. The power structure within the group seemed to ebb and flow, and at one point the group seemed to form a triangle in the space and it looked as if one dancer was attempting to manipulate or control the other two. Soft, springy jumps were included, with marvelous balloon and arm movements with angular elbows.

The work concluded as it began, in gloomy darkness with swirls of barely visible movement and the slap of feet on the floor.

The second work, Outside Interior, was choreographed by Rosslyn Wythes. It had a cast of five terrific dancers who at times were required to be boneless and death defying, throwing themselves in long dives across the floor. They were barefoot in black leggings with assorted tops in various neutral shades. The lighting was quite gloomy and there were numerous choppy blackouts and scene changes, which fractured the work.

This work was also mostly performed in silence, although there were a few pulsating beeps and hums and a song towards the end. There was use of sinuous, snaky arms, a soft torso and lots of floor work. Breath, control and the use of a deep turned-out plie and a long lunge were combined with a demand for a very flexible back.

At one point, there is a use of a mermaid-like pose and several repeated phrases of movement, a very effective use of stretching and dramatic shadows. The work concluded with drumming and singing with the dancers in a furling line.

Overall, this edition of the Out of the Studio program provided a most intriguing double bill. I look forward to the next season.