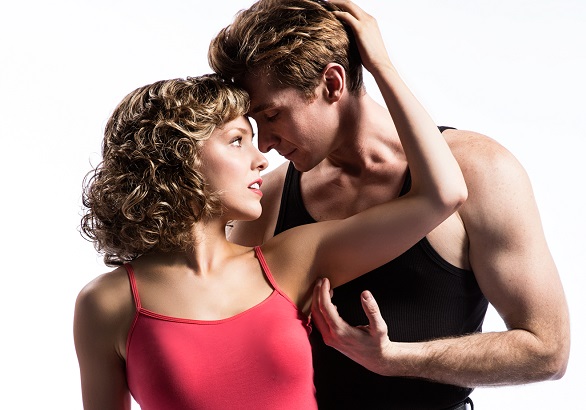 In this 10th Anniversary production of Dirty Dancing, two young talents will take the jump from chorus to leading roles. The role of charismatic dance teacher Johnny Castle will be played by Kurt Phelan, and young ‘Baby’ Houseman will be played by Kirby Burgess.

Phelan is an actor, choreographer and writer, and Burgess has been seen on stage in Sweet Charity, An Officer and A Gentleman and Hairspray, to name a few.

Dance Informa caught up with the two leads, to chat about the audition process and what we can expect.

Congratulations on being cast as the leads for Dirty Dancing The Musical. You must be thrilled!

Kurt
“We weren’t speaking; we were just smiling at each other (laughs).”

Can you tell us briefly what the audition process involved?

Kurt
“For me, I was called in a little bit later to the process. I was asked to come in and just read a few scenes because I have a show on at night in Melbourne. And so I had maybe two hours between seven different scenes to prepare. I tried to learn them and did my best with the script at hand. And straight away they said to me, wow fantastic, can you come back and dance? So the week after I went up to Sydney and I danced for pretty much two days straight and then went back to finish the show off in Melbourne and came back for the final call back. And that was it!” 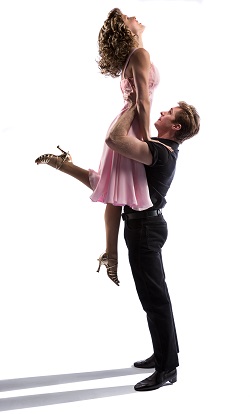 Being such an iconic and well-loved story, do you find the whole experience a bit daunting?

Kirby
“I think it’s both daunting and exciting. It’s a loved story and has such devoted fans that it’s exciting to give them a new element of the story and a new medium. We do want to represent what people expect, and then on the other hand we want to make it our own and just give some of the new elements that they’re not used to.”

Kurt
“What’s daunting is the challenge of trying to make what people expect even better.”

Kirby
“The writer likes to recreate it every time. So even if you’ve seen it all around the world, you’re probably going to get a little bit of a different version. She likes to re-write things, maybe add one and maybe take one out.”

Would you say musicals are your main passion?

Kurt
“Definitely. I thought my time in musicals had passed. I’m really interested in creating theatre with a few independent companies that I’ve worked with. I’ve really enjoyed the medium of film and TV. I find it challenging and it excites me a lot. But my first passion was musical theatre and so I kind of thought that maybe the time had gone away where I would be in a musical, and for this to come back and to be happening, I’m like a kid in a candy shop (laughs).”

Kirby
“For both of us, it’s kind of a bucket list opportunity. To play a lead in a musical in Australia is an achievement we’ve been working towards and working hard for our whole career. It’s really nice to pick that up and much like Kurt I’d love to move into film and television but I don’t think I’ll ever lose musical theatre as a part of my life.”

Kurt
“At times when you’re understudying and doing musicals in the chorus and smaller roles, you think is this all worth it? I really would love to be a lead and I believe that I can be one day, and for it to actually happen really makes you think that all the hard work is worth it.”

When will the rehearsal process begin?

Kirby
“We begin rehearsals in two weeks, and we open at the end of November at the Lyric Theatre in Sydney. We’ll have about four or six weeks to rehearse.”

Featuring hit songs including Hungry Eyes, Hey! Baby, Do You Love Me? and the iconic (I’ve Had) The Time Of My Life, Dirty Dancing has become one of the most popular musical productions of all time. The new production will play at the Sydney Lyric Theatre from November 28 this year, then Melbourne’s Princess Theatre from March 4 and the Lyric Theatre, QPAC from May 27.