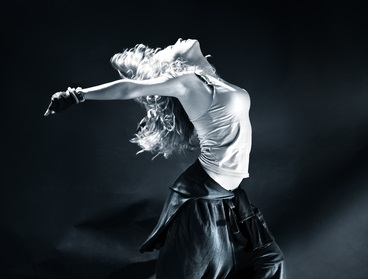 Fact: Everybody loves dancing. Even those who claim not to. Movement is the most primal form of expression there is, and grooving to a favourite feel-good tune can connect you with a truly innate pleasure – one you don’t need to be “a dancer” to indulge in. The art of movement is a different experience for everybody, but dancing in our society is loaded with all sorts of constraints and judgements that makes “non-dancers” think they can’t – or don’t like to – dance.

I’ve been a professional dancer for 13 years. Although I am in love with the rigorous, ritualistic nature of technical training, I can honestly say that some of my most rewarding moments in dance have occurred in my own lounge room, producing movements that are about as far removed from a perfectly executed battement fondu as you can get. Dance doesn’t have to be done on a stage, in front of a camera or in a crowded bar. It doesn’t have to be in a mirror-lined studio filled with lycra-clad bunheads. It doesn’t even have to be done with the lights on. Welcome to No Lights No Lycra.

I first heard of No Lights No Lyrca a few years ago through a friend, and I was equal parts intrigued and weirded out. As “a dancer” it’s sometimes difficult to let go of the concept of a dance class as we know it, of “training”, of preparing to perform for an audience. NLNL is all about the movement, of going back to that primal pleasure.

No Lights No Lycra does just what it says on the tin. In a darkened room, people from all walks of life come together and just dance. It may sound intimidating to some, but trust me, it’s really not. It’s beautiful and freeing and fun… and a pretty intense workout, if you want it to be. There’s a real sense of community, even though it’s a total personal experience, because everyone is there together, letting their hair down and getting lost in their own world of totally daggy shapes.

It all began in Melbourne, in 2009 – practically before “going viral” was even a thing. Without any “grand plan,” dance students Alice Glenn and Heidi Barrett, together with a few of their friends, hired a church hall to have a dance in. Through word of mouth, the dance night grew and now – just five years later – there are over 40 branches of NLNL internationally, from China to the USA to Denmark.

“A couple of our friends moved overseas and wanted to started NLNL communities in their cities,” explains Heidi. “They became our first No Lights Ambassadors.”

And the communities continue to grow. Over in Wellington, New Zealand, journalist Tessa Johnstone read an article about NLNL in Frankie magazine. “I thought it sounded awesome and had recently been lamenting with friends the lack of dancing in our lives,” she says. After waiting patiently for  somebody to start up a NLNL in Wellington, Tessa eventually took the challenge upon herself and connected with a couple of other keen pals.

“Our first session we just invited a few friends each and had a crack. We announced at the start that we didn’t know how it was meant to go but hoped everyone would have a good time. They did, so we set it up as a regular thing and have grown it from there. People seem to really like it.”

That last part is clearly an understatement. “I was hooked immediately,” says Lizzy, a Wellington participant. “I actually called my mother after that first NLNL and told her how amazing, rejuvenating and even life-affirming it was to see all these strangers dancing together in the dark, just wanting to express themselves and let themselves go.”

All over the world, people are turning up for their weekly dance for all sorts of reasons. Mums use it as time out from their kids, an hour to themselves; some couples use it as date night; others come for health reasons, both physical and mental; some come to hear new music, or to meet new people.

“Everyone comes because they love how dancing feels but don’t want to worry about how they look doing it,” says Tessa.

For many people, like Lizzy, NLNL has become an important part of life. “I try to explain it by saying it’s like ‘Anonymous Dance Party Therapy,’” she says. “It’s the highlight of my week. It’s not something that can be easily explained, because it is truly like nothing else. It’s something you simply need to bring a friend along to, then that friend brings a friend, and so on and so on.”

Which is, of course, how it all began. And it all began from a pure love of movement. “It was about going back to the essence of why we dance,” says creator Heidi. “It was about stripping back the layers of technique and finding joy and freedom in movement again.

“Alice and I will still be flailing our limbs around in the dark when we’re in our eighties,” she continues. “Until then we hope to touch as many lives as possible with NLNL.”

For more information and to join in, visit www.nolightsnolycra.com.