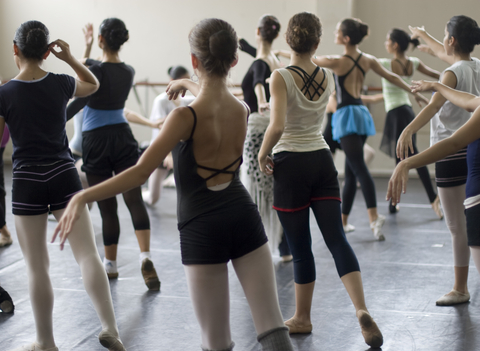 A young dance student goes through the motions of a routine in class. The teacher glares at her. “Never ‘mark’ your sequences,” the teacher tells her. “That’s lazy. The best dancers are those who practise ‘full out’ as much as possible.” Ten years later, with a successful career behind her, the dancer passes this advice on to her own students. And so it goes. Tradition, authority and discipline — these key tenets have shaped our notions of best dance practice for generations. But what if this advice is wrong? What if always dancing “full out” actually prevents some dancers from reaching their potential?

“I think that one of the most neglected areas of study and practice in dance is what I call the ‘pedagogy of rehearsal,’” says Edward Warburton, former professional ballet dancer (American Ballet Theatre, Boston Ballet) and Professor of Dance at the University of California, Santa Cruz. His team at UCSC recently published research suggesting that loosely going through the motions of a dance — also known as ‘marking’ — is in fact a valuable cognitive tool in the dancer’s arsenal.

Warburton’s team asked 38 advanced ballet students to learn two routines. One was practised at performance speed and the other one by marking. The students were matched closely for gender, age, ballet training and experience with notation training, and were divided into two groups so that the routine which was “marked” and the one which was practised “full out” could be swapped between the two groups. 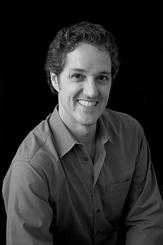 Although both routines were designed to be learned quickly and were deliberately simple, across the board, judges watching the performances scored the dancers higher across the board on the routines that they had practiced with marking. These performances were judged more seamless and the sequences more fluid.

These results led Warburton and his team to suggest that marking may improve the quality of dance performance by reducing the mental strain needed to perfect the movements. In the discussion section of their article published in Psychological Science, the highest ranked empirical journal in psychology, they state that “although dancers, teachers and choreographers intuitively know that marking during some portions of the rehearsal process is beneficial, the accepted explanation is that it saves energy. Our results suggest that dancers have in fact evolved a strategy that benefits them cognitively by relieving cognitive load and supporting more efficient encoding and consolidation.”

I ask him what he thinks dance teachers should take away from this study. First and foremost, he says, “I would encourage professional dance instructors to ask not ‘How do I get the dancers to learn the full out movement and to stop marking,’ but rather ‘What happens when marking is used strategically by dancers and choreographers in the rehearsal process, to enhance memory and integration, precisely at those times when dancers are working to master the most demanding material?’

The dance community could arguably benefit from a greater appreciation of instinctive (but overlooked) learning responses, such as marking. However, this requires a shift in ingrained notions of dance etiquette at the top, which hinder the trial of such recommendations. This is particularly true in regards to the strict, hierarchical culture of elite ballet. Ballet teachers working in full-time dance institutions generally see their role as preparing their students for the realities of the professional world and naturally, they take their cue from the practices of current company dance masters. They, in turn, take their cue from dance icons past and present.

Director of Ecole Ballet Studios, Ashley Killar, for instance, has very clear rules about marking, but they differentiate between class and rehearsal, as well as by circumstance. “If, just before a performance, a professional dancer is simply placing or positioning him or herself on stage, it would be neither necessary nor advisable to dance ‘flat out,’” he says. “On the other hand, in a full call rehearsal or at a time when the choreographer, ballet master or teacher had requested ‘full out’ it would be disrespectful not to comply.”

“In class there must be no marking at all! Only the other day I was telling one group about how a very wise and distinguished woman, Dame Ninette de Valois, always insisted that we never marked arms, only legs, when absolutely necessary. There is wisdom in this, as in most of what she demanded. It takes little extra energy to use your arms properly and the muscle memory then has only one version to remember!”

Schools with a strong contemporary dance presence alongside ballet training, where workshop-style classes are more common, appear to be less rigid about such marking etiquette. “Some teachers tell students off, but it depends on what school you go to,” says Georgena Kalpakidis, a dance student at the Victorian College of the Arts. “Here, most teachers encourage us to take onboard the fact that we are responsible for what we do and the choices we make.”

Such variations in training approach leave many dancers in a confused grey area. This is despite the fact that injury prevention is key to all dance professionals. The strategic use of marking by teachers, choreographers and directors and higher levels of dancer agency are vital to address this issue and allow dancers to work smarter and for longer periods without sacrificing quality, explains Warburton.

It may also serve as a thus-far underutilised means of enhancing artistry. “When used with mental imagery and other forms of feeling and thinking through dance, marking may enable dance teachers and students to find a better balance between the time spent on practicing technical aspects of the movement and the aesthetic intentions of the choreography,” he says, citing his observations of those involved in the transcultural performance project, ArtsCross. “I have observed choreographers from Beijing, Taipei and London who use marking as a daily, explicit rehearsal practice. They use it, for instance, to help dancers trace their work spatially, to sense their contribution to the visual design, develop a common relationship and become a connected ensemble.”

Warburton continues: “For these choreographers, it seems marking was understood as much more than simply a way to get on the same count or as a form of physically thinking through the dance. The objective was to get dancers to mentally project more detailed structure on to the architecture and poetry of the choreographic work. In this way, marking became a way to cross languages and cultures: a way to create a shared physicality and a common, felt experience of the work in progress.”

Thinking about elite level dance as a cognitively and artistically demanding profession is nothing new, even if the current emphasis on technical facility has led to increasing concerns about the sports-like nature of dance competitions and even recent claims in The New Republic  that classical ballet is in “crisis.” The idea that by reducing the cognitive load of dance training and rehearsal, dance professionals could reclaim some of the increasing amount of time devoted to technique for artistic exploration, is potentially exciting. Warburton is indeed keen for his research to be considered in addressing such current debates, “After all, what distinguishes dance from sport? The focus on communication — not competition — and the expression of the art itself.”