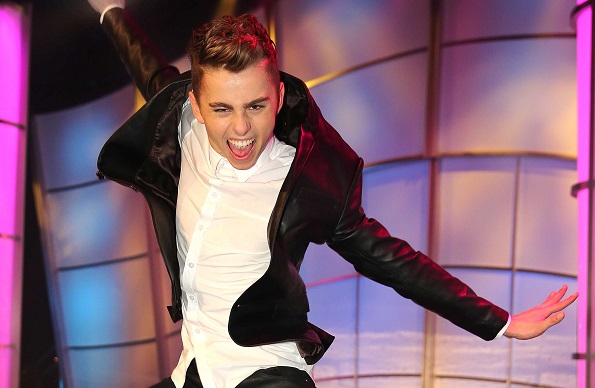 Every week we tuned in to watch amazing routines, choreographic masterpieces, and guest performances by some of the best in the business. From the start of the competition, it was evident that not only had Network Ten brought back a highly addictive reality series, but a group of passionate and committed dancers to our screens. Week by week the numbers went down, and we were left with six talented young dancers: Michael, Lauren, Renelle, Jay, Sam and Ashleigh.

For all of the dancers, the competition was more intense than they originally thought, but nothing unlike what Series Four winner Michael Dameski expected. “The talent on the show and in the Top 20 was incredible, the bar was set really high. When the dancers started to get eliminated, we all just realised that anything could happen. We just had to pull ourselves together and work really hard through the competition.”

Michael is named the winner of So You Think You Can Dance Australia Season Four.

“It was more than what I imagined it to be”, says runner-up Lauren Seymour. “What I learnt from the show, not only about my dancing, but about myself, is just incredible.”

While we all know the dance industry is highly competitive, there was nothing but support for one another. “It was beautiful the camaraderie between the Top 20”, says Top Four finalist Renelle Jones. “It was so special, and I think that’s why it was such a good show. We were there for the competition, but we were actually there for each other, rooting each other on. I’ve made friends for life.”

“We are very supportive of one another”, says Top Six finalist Sam Malseed. “We are more like a family than competing against each other.”

Tackling a diverse range of genres head on, it seems that the ballroom and Latin dance styles had the greatest effect on the dancers, with all of the top six wanting to explore this genre further.

Top Six finalist Ashleigh Tavares says, “I was doing a little bit of ballroom before the show, but I just really love ballroom. Obviously I’ll keep doing contemporary, jazz and hip hop, but ballroom is something completely different. It’s a new world starting from scratch, so I’m really excited.”

And this is the same for Michael who has been given the chance to dance with Jason Gilkison’s ballroom sensation Burn The Floor as part of his grand prize. “It’s good because this contract will be a challenge for me”, says Michael. “I never want to settle for something; I always want to do something that I can learn and grow from and I think doing this will expand my knowledge.”

“I would love to explore ballroom and Latin”, says Lauren. “It’s kind of something you’re scared to try and when you’re given an opportunity to take it on, it’s exciting. I’d love to continue with that and hopefully work with Jason [Gilkison] one day.”

While picking one choreographer that challenged them the most was a hard one, it was clear for Top Four finalist Jay Johns. “Debbie Ellis definitely challenged me in a very positive way. She really pushed me to get contemporary right, so I’m pretty glad that I was able to receive her encouragement and feedback.”

For Renelle, it was Paul Malek. “I adored working with Paul. He’s not just about beautiful dancing but also about telling stories. He got the best out of me, and had a way of working with me that was tough yet also gentle. I really enjoyed being pushed and have the utmost respect for him.”

Jay Johns and Michael Dameski perform in the SYTYCD Finale

One, who also appreciated great feedback and encouragement, was Lauren. “To have someone like Paula Abdul invest their time in our career and really care for what we’re doing is incredible. And then to have Australian greats like Jason Gilkison, Shannon Holtzapffel and Aaron Cash there by our side has been like no other. Their encouragement the whole time is something I will never ever forget.”

Every week the dancers improve on their technical skills and performance ability, but there’s also no doubt these dancers grow as a person. Sam, who really didn’t expect to get that far in the competition, learnt “that it’s okay to let go and show deeper things. You’re allowed to let loose sometimes.”

For Michael, the show was a great lesson. “I realised that I’m so passionate about what I do. When I was in this competition all I would ever think about is perfecting my routine, getting into the character, and just performing to the best of my ability. That really comes down to the amount of passion and determination behind it all. I’m truly passionate about what I do and nothing will ever change that.”

When Michael was announced as Australia’s Favourite Dancer there was not a dry eye in sight, and all of the Top Six are immensely proud. “I am literally so proud of him”, says Lauren. “Standing next to him, being the top two, standing next to someone so committed and dedicated to dance, their art and so perfect in their execution, I kind of knew that it was him. If it wasn’t him then it would be a huge shock.”

“Michael is very hardworking”, says Jay. “He’s always trying to figure out how to make himself look as good as he possibly can. That’s why it’s so great he really pushes and works really hard to give the performances that he does.”

Michael also inspired others to ‘up their game’ in the competition. “I’ve never met anyone more determined in my life”, says Renelle. “When he gets into the rehearsal room it’s like there’s no mucking around. That sort of attitude was just so inspiring to me. I’m so grateful to him for showing me that sort of commitment and level, and I think that made me a better dancer in the competition.”

Similarly, Ashleigh has nothing but great things to say. “He was very switched on and determined. He’s so deserving of winning the title.”

To have series creator Nigel Lythgoe tweet that Michael’s Dance For Your Life performance was one of the best he had ever seen, was a definite career highlight for the winner. “That’s definitely something that’s going to stay with me my whole life”, says Michael. “How amazing to have the creator of the show even say that. I’m just in awe and never really expected anything like that.”

So what does Michael feel to have taken out the title as well? “It hasn’t sunk in yet. Right now, I’m just over the moon! It feels like it hasn’t happened. I don’t know when it will click in that I have won. Never did I expect to make it to the very end, so I’m just so happy.”

No matter where they finished in the competition, there’s no denying these six dancers will have incredible careers ahead. We congratulate them and wish them all the best for whatever path they choose.

For interviews with all Top 20 SYTYCD dancers throughout the season and episode recaps visit Dance Informa’s SYTYCD coverage: www.danceinforma.com.au/so-you-think-you-can-dance/

Check out Michael’s winning Dance For Your Life solo that Nigel Lythgoe was raving about: