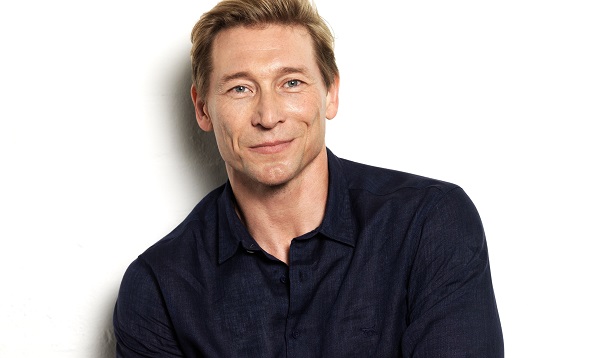 The stage has been set and the series is back with unforgettable performances. Yet, there are a few new faces on the panel this year. Meet Aaron Cash, a judge alongside Jason Gilkison, Paula Abdul and Shannon Holtzapffel on So You Think You Can Dance Australia. Here, Dance Informa caught up with the world-class choreographer to chat about the show and the talent.

Congratulations on becoming involved in SYTYCD. Had you always been a fan of the show?

“I have! I think it’s a great franchise. I hadn’t seen a lot of the Australian version because I wasn’t living here, but the American version absolutely. I have a few friends there who have been choreographing and judging as well, so I’ve been a massive supporter of the show. I think it’s great for dancers, to build their careers and even the audience. It makes for a really knowledgeable audience. Now they know what is good and what is not good.”

Had you known for a while that you were chosen as a judge before it was officially announced?

“We had. I hadn’t known who my other judges were, but we all found out at around the same time. We had to keep it all ‘hush-hush’. I couldn’t even tell my mum for a long time. It was incredibly exciting. It also came at a really hard time because my father-in-law died and we buried him, and the next day I got the phone call. It’s been wonderful because it’s really lifted the mood of the house.”

How did you go about preparing yourself for the role? Did you speak to anyone for advice or watch previous seasons of the show?

“Obviously with watching, there’s so much reality TV on. I didn’t really ask anyone. I’ve done so much adjudicating in my lifetime of dance. I’m not a particularly smart man, but it’s one thing I do understand enough of. I’m confident enough in my ability to be able to bring something to the table in the role, and in my life experience through dance.”

Each season we expect to see amazing talent. With that being said, were you surprised at all by the level of talent this year?

“Absolutely. Shannon and I talk about it all the time. Shannon has been involved in the past series as well, along with Jason. Jason and Shannon have both said to me that this is by far the best season of dance. It’s blown me away, particularly the guys too. There’s such a high level of technical ability and performance ability across all genres. These kids are phenomenal! They can do things I would never even dream of, even in my prime. [Laughs.] It’s been awesome to watch that and watch their journey as well and share in that. We get just as much out of it as what they do. You can’t not get involved or emotionally invested in their journey.”

Not just on the show but also in the industry in general, what does it take for a dancer to really impress you?

“Heart, heart and passion. I love technique and if I see someone do something amazing, that’s incredible, but you’ve got to hold my attention. And again, I go to Shannon because we talk about storytelling. I want to see your humanity, who you are as a person told through your artistry as a dancer. And when a dancer can do that and marry all the technical elements, but do it as only they can do it, with their heart and their passion – that is what impresses me. [It’s] someone who gets up there and gives you everything and they make you, for a short amount of time, forget about your own life, forget about your own worries. [It’s] because you see this person give you everything, their heart and soul on stage. I think that’s what you look for in a dancer. This country is on fire with amazingly talented dancers. They’re world class.”

With the show not being on air for a while, do you feel any pressure when it comes to ratings? Or are you more focused on just doing the best job you can do?

“Of course initially you go, ‘Oh, that’s interesting.’ But then, for me, I don’t care. I’m here to do the best job I can do and I think that’s what it has to come down to. You produce good work and it’s not up to me to say where it’s going to go from there. It’s like any job I’ve ever done. If I’m creating a piece, I can’t worry about the public, I have to give it everything that I have to the best of my ability and if that’s a success, great, and if it’s not well, I haven’t fallen short. I’ve given it everything.”

What has it been like so far to work alongside Paula, Jason and Shannon?

“I love these guys. There’s such a great comraderie between all of us, such great mutual respect. These people are all heavy hitters within the dance world, not just in Australia. These are heavy hitters within the dance world worldwide. They’re the cream of the crop. And we have fun! Honestly, we’ll finish a show and we’re still hanging out together in our dressing rooms or if we go back to the hotel we’re like, ‘Oh, what are you doing?’ We enjoy each other’s company.”

Aaron Cash, far right, with (from left) Jason Gilkison, Shannon Holtzapffel, Carrie Bickmore and Paula Abdul of ‘So You Think You Can Dance Australia.’

Spending time off-camera with the other judges, is there anything in particular you have learnt about each other?

“Yes, Jason …. It’s funny he’s like the Genghis Khan of ballroom. You know he’s quite vicious. It’s literally murder on the dance floor with Jason. He also cooks a mean Mongolian beef. The funny thing about Shannon, that a lot of people don’t know, is that Shannon loves to wear velvet hot pants during rehearsals. And he has a great diet… he loves sauerkraut. And for some reason frozen sauerkraut! And Paula is just amazing.”

Are you conscious of portraying yourself as a fair but tough judge, considering how tough the industry can be?

“Absolutely. My intention is not to hurt anyone but criticism is part of it.  We’re there because we want people to be the best they can be. I want the best for these people, it’s not like I want to pull anyone down.”

Season Four of “So You Think You Can Dance Australia” airs on Network Ten on Sunday nights. For more information, visit www.tenplay.com.au/dance