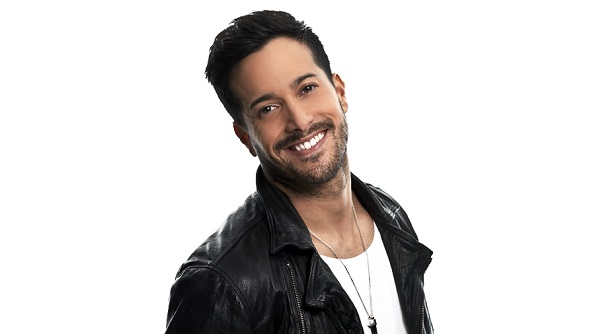 So You Think You Can Dance twirls and spins back onto our screens on Sunday, February 9. The multi-Emmy Award winning, global television phenomenon captivated Australians for three years from 2008 to 2010, and its return promises to inspire and amaze once again, as contestants compete to become Australia’s favourite dancer.

The Logie-Award winning local series will feature host Carrie Bickmore of Ten’s The Project, and judges Paula Abdul, Jason Gilkison, Aaron Cash and Shannon Holtzapffel. Working on So You Think You Can Dance Australia has reunited Abdul with one of her original backup dancers in fellow judge Aaron Cash, and the series has also reunited Cash with fellow judge Shannon Holtzapffel, as they both trained at Clarrissa Hill Dance Centre in Brisbane.

Holtzapffel was part of the original Australian series as half of the choreographic duo Project Moda with Simon Lind. “I choreographed on the first two seasons, but I had left half way through the second season due to auditioning for Michael Jackson,” Holtzapffel told Dance Informa. Holtzapffel was “The Last of the King’s Men”, that is, a principal dancer with the King of Pop, Michael Jackson. Shannon appears in Michael’s This Is It, the highest grossing concert movie and documentary in the history of cinema. He was also part of the worldwide marketing campaign for the music video game Michael Jackson: The Experience.

Currently working with Christina Aguilera in Los Angeles, Holtzapffel spoke to Dance Informa, direct from California and shared his enthusiasm about the new season. “It’s had a great response. Unfortunately, I’m not around in Aus at the moment to really get the feel and hear what people are saying about it and all the energy behind it, but I think it’s definitely time, I think it was a good break for the Australian public.”

“It’s an honour and a pleasure to be asked to come back and be a part of the Australian dance industry. I’m really excited, and from what I’ve already seen and been a part of with the audition process, I am so proud. We’ve had some great, strong dancers over the years, but with me being away and coming back I’m seeing how the industry has developed. These kids have become much more versatile and a little more risky in their training and flexibility. They are stepping more out of the box now. They have a lot more tricks up their sleeve, and their choreography for themselves has developed a little more than what we’ve seen in the past five years in Australia – it’s really exciting!”

Holtzapffel assures us that Season Four will be the best season yet. “It’s really refreshing,” he says. “This Top 20 are pretty young and they are very, very hungry for it. These kids are doing newer things and refreshing things that I can guarantee the Australian public hasn’t seen before.”

This new season has had what Holtzapffel calls a “revamp” and even the audition process was a little different. “It was an online submission, so dancers around Australia were offered to send in their videos to the network or via YouTube,” he explained. “Then from there, the producers looked through all the dancers and they made their first initial cuts, which weren’t many, but they made it a little more efficient. They cut out the people who were having more of a joke, or who just wanted television exposure more than taking it seriously. Then from there the producers saw probably a thousand dancers all around major cities in Australia. They got to know the dancers and made more cuts. Then from there they cut down to the producers Top 100, and then that was when the four of us judges were able to see the talent for the first time.”

So You Think You Can Dance Australia Top 100 Contestants compete for a spot on the show. Photo courtesy of Ten.

And for those lucky dancers who made the Top 20, Holtzapffel advises them to “Be present.”

“Be aware that no one is safe in a show like this. The judges are all there for support and encouragement, but obviously we want the best to win, and the decision isn’t left in our hands for over 50 percent of the show. It’s the Australian audience who makes the decision. So even though you might have confidence in yourself and think you are killing it, just be present in knowing that there’s always something more to learn and something more to do. You just have to be aware of the other competitors and make sure you are doing your best every time. And it’s not just about your dance skill, it’s about being likeable as well.”

Holtzapffel has had immense success in the dance industry and he puts it down to sweat in the studio. “Work hard!” he says. “I think the problem with the new generation of dancers today, and actually shows like SYTYCD might be at fault for this a little, is that a lot of kids want to be a star straight away, but they don’t put in the hard work like the generation before used to do. I think a lot more people treat dance with a short attention span; they think they can be good faster. Where for me, I think it just comes down to hard work in the end, really hard work. Before I really set out on my career, I’d already started travelling out of Australia; I was in America from the age of 18. I had a scholarship with the Edge Performing Arts Center by 17, so I was already out there getting as much influence as I could.”

Holtzapffel looks forward to hopping on a plane in the next few weeks to be a part of the live SYTYCD competition shows and hopes to see the young dancers working just as hard as he does.

To enjoy the new season of SYTYCD Australia make sure to tune into Ten on Sunday, February 9 at 6:30 p.m, and then on Monday at 7.30pm. For more information, visit www.tenplay.com.au/dance