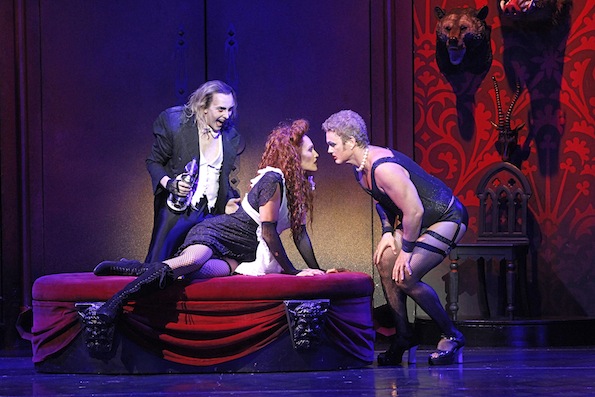 She’s conquered the modelling and television industries, yet Erika Heynatz isn’t destined to just be seen and not heard! With a stellar debut in musical theatre for Legally Blonde, the rising star is now playing the role of Magenta in the stage production of The Rocky Horror Show.

Dance Informa caught up with Erika to chat about preparations for the show and settling into a new routine.

Congratulations on being cast in The Rocky Horror Show, straight off the success of Legally Blonde. You must be thrilled!

“Oh, so thrilled! Obviously it’s such a strong departure from the first role that I played in Legally Blonde. It’s going to require quite a big physical transformation for me as well, which makes it all the more fun!” 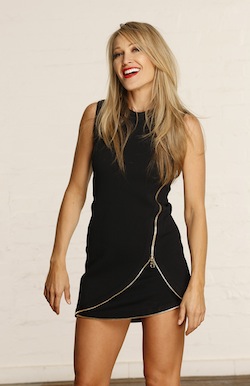 How are you finding rehearsals so far?

“Typically it’s fast and furious! There’s a lot to learn in a very short period of time. But that being said, we’ve got this incredible choreographer who I think just weaves magic into everything that he does. The director has got a really wonderful sense of humour. Craig McLachlan makes everyday an absolute hoot. [Laughs.] He’s just gorgeous. And the cast is quite considerably smaller than the cast of Legally Blonde, which means that people are quick to find a bit of a groove with one another. A few of them have done the show already, so they come with a little bit of inner wisdom about the show and its workings. But I just feel like we’re already having a lot of fun, so it’s an indication of what’s to come!”

How have you gone about preparing for your role as Magenta?

“Well, there’s a few interesting things actually in terms of preparation for Magenta. We had a dialect coach come in, as Magenta needs a particular accent, so we made reference to all the great old vampy style films. I think the film is different to the stage production; it’s more about really referencing that old vampy kind of version of Magenta, but effectively she’s a loyal domestic servant to Frank N. Furter. I have to really basically wait on Frank hand and foot, so any practice that I can get following Craig McLachlan around and treating him like God is good. [Laughs.] Then I’ve got my gorgeous brother Riff Raff who’s played by Kristian Lavercombe and there’s that sense of sibling camaraderie. He played that role over in the West End for a number of years. That’s a big part of preparation for me in just finding that sense of camaraderie with him and that feeling of slightly alien kookiness.” 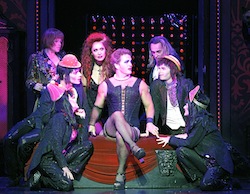 As the film and musical versions do have such a cult following, do you feel any pressure in living up to audience expectations?

“I think that there’s pressure to perform no matter what, but that’s a great pressure. I mean as much as it would be easy to forfeit yourself into thinking, ‘Oh God, they’re expecting this,’ or ‘They’re expecting a certain visual or a certain vocal performance,’ it’s really important to infuse your own unique version and remember people are ultimately fans of the music – the essence of it is the lyrics of the song and being such a raunchy debauched musical. If there’s any expectation, I just have to add to that. I just have to make sure that I step up and do an even better job and hopefully it will surpass their expectations.”

Your career is going from strength to strength. Do you ever have a pinch-yourself moment?

“I feel as though these last couple of years have really surpassed my expectations or my hopes. I had this really long-held aspiration to be in musical theatre and to be living that out. It is very much a pinch-yourself situation. Particularly when you’re standing in a room doing a vocal warm-up or when you’re doing a scene together. There’s that incredible thing that happens when everyone starts to harmonise and there’s this intensity. There’s nowhere else I’d rather be. It’s the most satisfying job I can think of to be living and performing in it. I feel very lucky!” 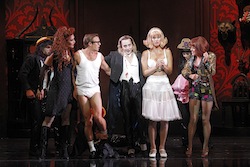 Do you find you have now gotten used to the pressures of performing so many shows a week and getting into a routine?

“I guess with every job that I’ve had, going from modelling to television, there was a lot of pressure of ‘Is she going to be able to cut it on television?’ And then when you go from television to film you’ve then got a new community of people that say, ‘Oh, what’s this TV girl doing thinking she can get into acting?’ Then the same thing happens when you move into musical theatre. But each time, and I think in each job regardless of whether it’s changing professions or changing offices, there’s always that expectation and that pressure to prove yourself. I welcome that challenge and sometimes it can be a little bit overwhelming, but it’s also a great motivator and a great stimulator in terms of it really affecting my drive. I feel like I really need to prove myself and when people do that they engage you in that challenge, and I can only see it as an empowering thing rather than something that’s going to freak me out.

I think I’ve certainly got a concept now of the routine and how to best prepare for it. So I think that’s a real advantage going into a second musical. Knowing how to get myself up, how to look after myself vocally, how to stay on top of things and knowing how to look after yourself. It’s about being in your best shape so you can fly like a little bird!”

How do you keep your energy levels up during performance season?

“It’s pretty standard stuff. You’ve just got to have really good clean fuel and drink water for days. Lots of sleep is the best thing. And I think too balancing it out with some quiet time.”

For tickets to see Erika in action, visit rockyhorror.com.au.