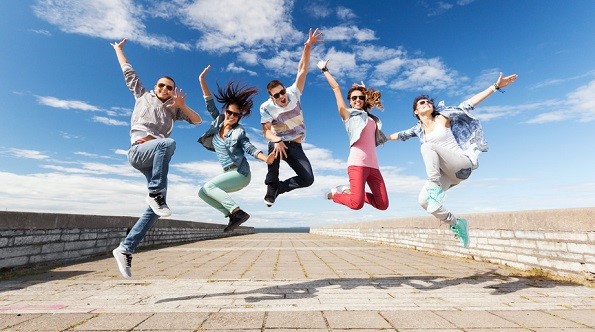 Underground Melbourne have announced the launch of a brand new underage dance showcase. To be held on Sunday, 16 February 2014 at the Revolt Artspace, Kensington, Underground Underage will see 20 under-18 acts hit the stage. Both dancers and choreographers will strut their stuff.

Underground Melbourne is a quarterly dance showcase for over-18s. The brainchild of local dance entrepreneurs Paul Malek and Chris Curran, Underground is now entering its third successful year, and launching this new under 18 initiative to celebrate.

“I am ecstatic that the Underground festival is extending its landscape. The family version of the event is such a brilliant opportunity for dancers and dance lovers of all ages to mix and mingle without that word ‘competition’ involved. I can’t wait to grab some food and get amongst the energy that is Underground with everybody no matter what age,” Paul Malek told Dance Informa.

Whereas most performing arts events for under-18s involve a competitive element, Underground Underage is a celebration of dance for dance’s sake. It’s about young, committed individuals showing the world what they have to offer, in terms of ability and determination.

That said, there will be valuable opportunities for networking. A host of industry leaders will be in attendance, keeping an eye out for outstanding emerging talent. Audience members will have the chance to preview who’s who in the next generation, before they’re whisked off to join musicals, television shows and professional dance troupes.

Dance school owner Jessica Soloman expressed her excitement about the event. “What a great experience for young dancers,” she commented, “to create, perform and be inspired by other in an encouraging, fun and non-competitive environment.”

Underground Underage will kick off at 4pm. 20 acts will perform over the course of four hours, with ABC3 presenter James Elmer as emcee. Audience members won’t be deprived of a chance to dance, with a DJ and dance floor forming part of the programme. And for those who work up an appetite, there’ll be a barbecue. All ages are welcome to attend, though under-18s must be accompanied by an adult. Tickets are $25/30.