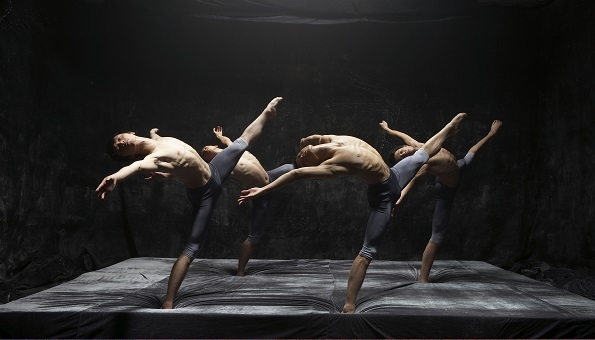 Joyous and imaginative, exhilarating and challenging, thrilling and edgy – the 62nd Perth International Arts Festival’s diverse program offers a world-class cultural feast for arts lovers of all ages and persuasions. In a quintessentially Western Australian experience, over 600 of the world’s great artists will transform and disrupt Perth as the festival spills across unique venues and outdoor spaces.

The Perth International Arts Festival is the longest-running annual multi-arts celebration in the Southern Hemisphere and the jewel in the crown of Western Australia’s cultural life. Living up to its worldwide reputation for excellence, in 2014 the festival delivers a program of unforgettable, enriching works, created by artists who are daring, thoughtful and innovative.

Artistic Director Jonathan Holloway said, “In 2014, this festival is more connected to Perth than ever. The international and interstate artists that we have invited will help us experience our beautiful land with re-awakened senses.”

The 2014 festival will explode in a spectacle of wonder with the Lotterywest Festival Spectacular Veles e Vents. For three nights over the opening weekend, the Spanish masters of public theatre will take to the seas and the sky, recreating a ship’s grand and perilous voyage in a sublime visual display of fireworks and light. Suitable for the whole family, the Australian premiere promises to kick off the 2014 festival with a dazzling bang.

The festival’s free program will take art to the people as the streets of Perth will be playfully transformed and life re-imagined. Sam Routledge and Martyn Coutts’ I Think I Can will bring avatars to life in an enchanted model town. Jeremy Deller’s Sacrilege will invite festivalgoers to literally leap into ancient history, re-creating Stonehenge as a full-scale bouncy castle. And the Chevron Festival Gardens will become the ambient festival hub.

The 2014 dance program is equal parts celebratory, political and sensual. Honouring 50 years of Israel’s visionary and internationally acclaimed Batsheva Dance Company, the festival will present a glorious retrospective with the Australian premieres of two captivating productions, Deca Dance and Sadeh21.

In an Australian exclusive, the Beijing Dance Company will present Haze, a choreographic work of rapturous beauty that channels China’s struggle with centuries-old traditions and its headlong rush into the future.

From Belgium’s Compagnie Chaliwaté will come the search for precious water in Îlo, a silent, dreamlike work of witty and hypnotic physical comedy.

From the world-class maverick of flamenco, Israel Galvan’s La Curva will present a seductive re-interpretation of the flamenco tradition.

Co-commissioned by the festival, Opus will fuse the contemporary circus of Australia’s finest, Circa, with dynamic music of Shostakovitch, performed by France’s Debussy String Quartet.

The West Australian Ballet will also deliver four Australian premieres as part of its beloved Ballet At The Quarry summer season, with the bold revision of Romeo & Juliet set to the music of indie darlings Radiohead as its centerpiece.

These dance programs, coupled with world class theatre, music, visual art and writing, deliver a festival not to be missed. To see the full line-up of shows and events see perthfestival.com.au. The festival runs February 7 to March 1.