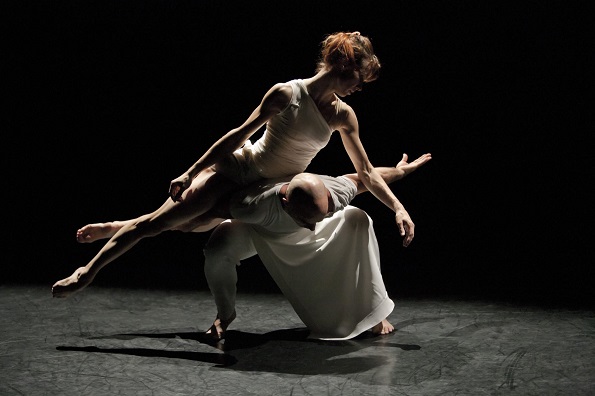 Push has been one of Melbourne’s most highly-anticipated offerings of the year and for good reason. Comprising of three solos and one pas de deux, all created by London-based choreographer Russell Maliphant, Push features French superstar ballerina Sylvie Guillem, an obvious drawcard if ever there was one. Maliphant too is deservedly prominent in the dance world, known for the meditative, muted nature of his choreography.

Maliphant follows with his own solo, Shift, literally dancing with his own shadows. He interacts with them, plays with perspective, size and various other possibilities afforded by the space. Somehow, shadows disappear and reappear on the stage at whim. Throughout, Maliphant rotates as he moves around the stage, at times giving the effect of his being one among a series of shadowy figurines in a music box.

Two subsequently shows how an uncomplicated concept and the innovative use of space and light can turn simple movement into intense drama. Originally a solo, then a trio, it is presently reworked into a solo for Guillem. Light flicks off Guillem’s hands and feet like flames, thanks to Michael Hull’s inventive overhead lighting design, enhancing the expressivity of Guillem’s limbs and back.

The second half of the performance, however, is reserved exclusively for the titular work and it is worth the wait. The other three works pale in comparison. To see Maliphant and Guillem dancing together is to see before one every ballet dancer’s dream — it is rare to see two performers who are not only outstanding interpreters in their own right, but have such a clear affinity with each other. Push is an abstract study in the strength it takes to depend, to trust physically, emotionally, and to bear and be borne. If one critique could be made, it is perhaps that its sustained mood and temper are more fitted to a slightly shorter length. Push is evidently intense and physically-demanding, though the beauty of the choreography and performance makes one almost forget.

Guillem and Maliphant show us that dance can be simultaneously subtle and athletic. Michael Hull too deserves special commendation as almost a third artist on stage via his lighting design, so completely a part of every work. PUSH is glorious evidence for those who believe that artistic maturity, like a fine wine, just gets better with age.