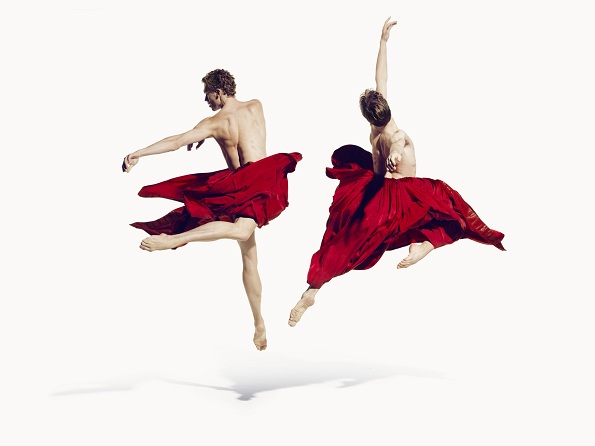 Melbourne’s pretty factor goes up about 200 percent in autumn. The sun is (mostly) shining but it’s not ridiculously hot anymore and a rainbow of leaves is descending… time to rug up and enjoy our fair city. Here are five things for dance lovers to do and see over the coming months.

1. May 25 is International Tap Dance Day, a day which commemorates the “grandfather of tap” Bill ‘Bojangles’ Robinson. Tap groups all over the city will be out in force, performing famous routines, encouraging tappers to get in for a jam and generally making a racket! Look out for Winston Morrison’s Melbourne Tap Dance and Glamour Puss Studios, amongst others. Stay tuned to their websites to find out where they’ll be performing: www.tapdancingmelbourne.com.au and www.glamourpussstudios.com.au.

2. From May 3-11, ground-breaking indigenous contemporary dance company Bangarra Dance Theatre brings its work Blak to Arts Centre Melbourne. Artistic Director Stephen Page and dancer/choreographer Daniel Riley McKinley have created a work exploring the collision of two worlds. The soundscape of award-winning composer David Page has been fused with the music of cutting edge electronic artist Paul Mac and sets are by the acclaimed Jacob Nash. Bangarra’s works are always engaging and exciting, so book your tickets for this one! Book here: www.artscentremelbourne.com.au/whats-on/event.aspx?id=3444.

3. Get your dancing shoes down to Queensbridge Square (Southbank Concourse) on the first Friday of every month, for the famous First Friday Dance Club. Presented by the City of Melbourne and supported by Ausdance Victoria, the Club is a unique opportunity for anyone to get involved, pick up some moves and most importantly have fun. Led by community and professional dance groups, each Club night will feature a different dance style. It’s free and open to all ages, regardless of ability. Click here for more info: www.melbourne.vic.gov.au/AboutMelbourne/ArtsandEvents/ArtsParticipation/Pages/1stFridayDanceClub.aspx.

4. The Australian Ballet has two fantastic productions coming up in Melbourne. From June 6-17, they will be presenting Vanguard, a triple bill of key works from choreographic giants, Jiří Kylián (Bella Figura), George Balanchine (The Four Temperaments) and Wayne McGregor (Dyad). Then, from June 21-July 1, the company brings back Graeme Murphy’s Swan Lake, a fresh take on the well-known story ballet from one of Australia’s most loved choreographers. Find out more and book tickets at www.australianballet.com.au/whats_on/main_company.

5. Ballet Revolución returns to Australia after blowing audiences away in 2011. Since their Australian visit, the Cuban company has been performing sold out seasons in London, Paris, Zurich, Berlin, Frankfurt and Vienna. So get yourself down to Arts Centre Melbourne in July! With 20 of the world’s best dancers and eight of the hottest young musicians, the company mixes ferocious ballet with street dance in what The Australian called “an irresistible Cuban cocktail of ferocious sensuality”. From July 17-20 at Arts Centre Melbourne for five performances only. Book here: www.artscentremelbourne.com.au/whats-on/event.aspx?id=3445