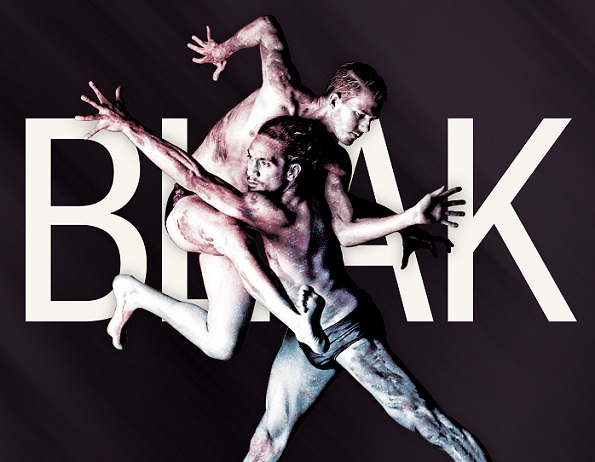 Drawing on the cumulative life experiences of the company’s fourteen members, Bangarra Dance Theatre’s forthcoming production Blak explores rites of passage – the rituals that mark the transition between childhood and adulthood.

Commissioning emerging choreographer and dancer Daniel Riley McKinley to work alongside him, Director Stephen Page continues his commitment to developing the next generation of Indigenous storytellers.

Both McKinley and Page take their initial inspiration for the work from past fascinations.  “For me, the initial idea came from Djakapurra Munyarryran, and the scarring he has on his chest,” says McKinley, “I have danced and shared a stage with him many times since I joined Bangarra and I was always intrigued by what they represented.” Page cites the influence of the earlier Bangarra production Skin (2000) which explored men’s and women’s ‘business’, customs and social issues from both the past and present and considered their status in modern society.

Both choreographers conceive of Blak as less anthropological essay and more personal inquiry. “As a young Indigenous male, I’ve started to question what my rite of passage is, or was, or is going to be,” says McKinley, for whom the broader themes of Blak resonate on a deeply personal level. “In traditional communities, the line between boy and man is so clear. Their level of responsibility changes, as does the way they are treated and looked upon within that community. I don’t feel it’s so black and white for us, as Indigenous males living in urban centres.”

Throwing these contrasts into greater relief, no doubt, was Bangarra’s recent weeklong fieldtrip to North East Arnhem Land. During their stay, men and women were given space to focus entirely on each other and ‘country’. Blak will consequently feature a distinct men’s section choreographed by McKinley and a women’s section under the direction of Page. “Our trip has definitely refuelled and reinvigorated us all,” says dancer Waangenga Blanco, a descendant of the Meriam Island people and of the Pajinka Wik, Cape York.

“After last year’s production of Terrain, which was primarily based on land and spirit of land, the edginess of Blak will stem from the land’s people…our experiences as Indigenous people in this day and age,” adds fellow dancer, Jasmin Sheppard, herself an Aboriginal woman with a mixed heritage of Irish, Chinese, Jewish and Russian descent.

Connecting old and contemporary generations within the Indigenous community is a responsibility the company takes seriously, and balancing this with the competing demands of mainstream audiences is no easy task. “We are the care-takers,” says Page. “Our challenge is keeping a respected relationship with traditional clans and maintaining the integrity from living stories, song and dance, generously passed down to the company as inspiration for our contemporary expression.”

“The spirit of traditional rites of passage is passed down from generation to generation,” Page informs us. “Time and evolution have influenced the spirit of that passage. Blak will explore the spirit reaction those influences have had on us and we hope the audience can connect to that spirit.”

McKinley is excited to be working with his mentor to make that happen. “Whenever Stephen and I have been in the studio together, mainly him choreographing on me, we always seem to connect so easily,” he says. “The process has never seemed forced, and we seem to connect on the same movement and choreographic level.”

He added, “I have always felt that there is an unspoken connection between our creative minds. I am greatly looking forward to being in the studio together and seeing what we can collaboratively create on the fantastic dancers.”

Though Blak is only McKinley’s second work as a choreographer — his first was Riley for Bangarra in 2010 — he has been with the company as a dancer since 2007. He has toured and performed both nationally in the company’s productions Clan, True Stories, Mathinna, Fire – A Retrospective, of earth & sky and Spirit, and internationally in True Stories, Awakening and Spirit, as well as Stephen Page’s Warumuk — in the dark night as part of The Australian Ballet’s 50th Anniversary celebrations.

Stephen Page and dancers in a rehearsal for ‘Blak’.

Helping bring to life the inspirations and shared vision of the company is composer David Page. Page created the musical soundscape for Bangarra’s of earth and sky in 2010, and also composed for the company’s productions Belong, Terrain, choreographed by Frances Rings, as well as Stephen Page’s Warumuk — in the dark night.

Together with Paul Mac, he has already begun working to bring Blak’s soundscape to life. Of his creative process, he says, “The spirit of the work comes initially from the story tellers, who in this production are Stephen and Dan. As soon as I have that, I start to create sounds and compose music that supports the movement.”

“Apart from being inspired by the story, I begin resourcing and listening to a vast library of instruments, sounds and other recordings. I then slowly create the music for each dance section, keeping close communication with the choreographer. The music must resonate with Bangarra’s unique way of showcasing contemporary Indigenous dance, but also embrace the present, creating a new work that can inspire and last always.”

Together, the artists and indigenous consultants will continue their cultural journey over the next few months as they work to make Blak an innovative and poignant contribution to Bangarra’s already highly-acclaimed repertoire. Though still in the early stages of its creation, Blak promises to carry on Bangarra’s tradition of marrying the urban and contemporary with the traditional, speaking to a variety of audiences whilst remaining deeply personal and spiritual, and helping us see with new eyes the relevance of the lessons of old in our own lives.

Tickets for the world premiere season at Arts Centre, Melbourne, 3 to 11 May and the Sydney Opera House, 7 to 22 June are now on sale. Tickets are also on sale for limited seasons of the Blak national tour at Illawarra Performing Arts Centre in Wollongong, Canberra Theatre Centre and Queensland Performing Arts Centre. To book tickets visit www.bangarra.com.au.