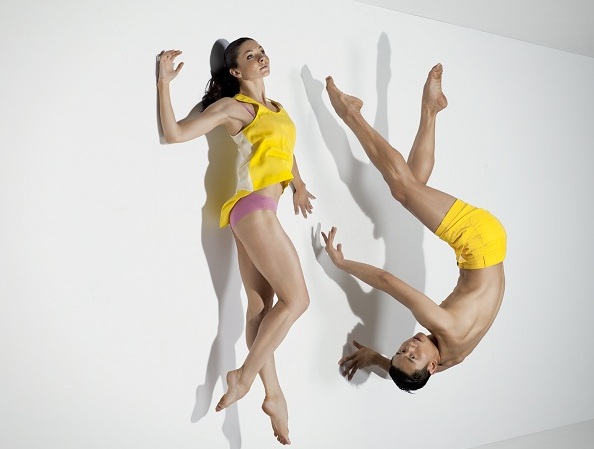 SDC leaps into 2013 with a stunning mixed bill performance in Sydney, before hitting the road to showcase the best in contemporary dance to audiences around Australia and internationally.

Sydney Dance Company’s 2013 season begins this month with the aptly named De Novo, from the Latin term ‘of the new’. Promising to be one of the most exciting dance offerings of the year, De Novo features the Australian premiere of Swedish choreographer Alexander Ekman’s Cacti, coupled with the world premiere of Emergence, a new work by Sydney Dance Company Artistic Director Rafael Bonachela. For Emergence, Bonachela joins forces with composer Nick Wales, internationally acclaimed singer-songwriter Sarah Blasko and fashion designer Dion Lee.

Bonachela is thrilled to bring one of Europe’s most highly sought after choreographers to work with the company’s dancers for Cacti. “I’m really excited to introduce Alexander Ekman to Australian audiences,” says Bonachela. “At the age of 28 he has already created 35 works for some of the best contemporary dance companies internationally, including Nederlands Dans Theater, Cullberg Ballet, Gothenburg Ballet and Cedar Lake Contemporary Ballet. In 2010, he was made associate choreographer for Nederlands Dance Theater 2.”

“Ekman’s Cacti is a totally fresh and engaging dance piece about how we observe art and how we often feel the need to analyse and understand it. Performed with a live string quartet on stage, it is joyful, intelligent and irreverent, and has been hailed by critics for all of these qualities.”

Dancers Natalie Allen and Andrew Crawford in Sydney Dance Company’s ‘2 One Another’. Photo by Ken Butti.

Bonachela continues, “I am also thrilled to be working with Nick Wales and Sarah Blasko on Emergence. I previously collaborated with Nick on 2 One Another in 2012, and have been an admirer of Sarah for a long time, as a great artist, singer and poet. The fact that Nick and Sarah are friends and have frequently collaborated themselves, made a perfect opportunity to suggest that they work together with me on the music for a new production.”

Emergence will feature costumes by one of Australia’s most innovative young designers, Dion Lee, who Bonachela is also a huge fan of. “I have followed Dion’s work for a few years and he has also come to our shows, so we have been circling one another,” Bonachela jokes. “I can’t wait to see how he visually interprets Nick and Sarah’s music and my choreography, and translates this feeling to dressing the company’s dancers.”

Following De Novo, the company will take their acclaimed production 2 One Another to Adelaide, Alice Springs and Darwin in May, and then reconnect with the Australian Chamber Orchestra to present Project Rameau in Brisbane and Canberra in July and September.

“Sydney Dance Company is proud to present the same works in regional centres as we do in the major cities,” says Bonachela. “Audiences everywhere love great dance! It is with great anticipation that we look forward to travelling around the country and engaging with people who may not have had the opportunity to enjoy one of our performances before.”

This year the Company will also take an extensive international tour, returning to North and South America, and present a season as part of Sydney Opera House’s Spring Dance 2013.

Recognised as one of the world’s foremost contemporary choreographers, Rafael Bonachela has provided artistic direction and leadership to Sydney Dance Company for the past four years, and in 2012, also curated a highly successful Spring Dance program for Sydney Opera House.