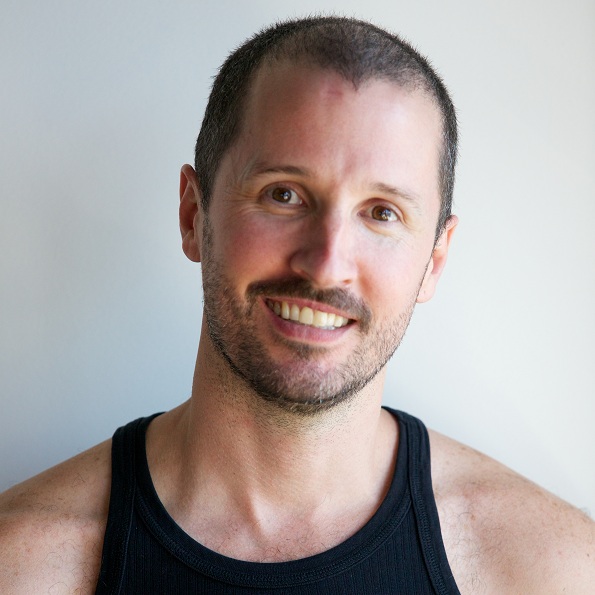 Former Australian Ballet principal Robert Curran has moved from centre stage to the wings; but don’t for a moment think he doesn’t mean it anymore.

When you have dedicated the best part of your adolescence and adult life to dance what do you do when you slide off the tights for the final time and vanish into retirement? Former Australian Ballet principal Robert Curran didn’t have to wait long to find out.

Following his 2011 swansong, Curran was looking forward to a sabbatical. “I made the decision last year that I would take twelve months off just to get some distance between myself and performing, but I only really lasted about two months before I was desperate to get back in the studio and be part of the creative process again.”

Fast forward a few months and Curran found himself joining forces with one of Australia’s most recognised choreographers, Stephen Page, and taking on the role of Rehearsal Director with the country’s peak indigenous arts company Bangarra Dance Theatre.

It may sound less glamorous than dancing Siegfried or being an artistic director, but for Curran his new side-stage career represents a gilt edge opportunity to get to grips with the inner workings of a major, touring company. “My take on this whole situation is that I’m being given an opportunity to learn and observe,” he says, “and if I’m lucky transfer some of those learnings across to my own creative ambitions.”

But of course, Bangarra is not just any company, as Curran is quick to acknowledge. As a ‘white’ Australian, he is all too aware of the company’s pivotal role both as a creator of contemporary indigenous stories and as a guardian of first nation culture. “I’m facilitating something that is not my place culturally to interfere with,” he concedes, “and I definitely don’t think these things are over-played. There are cultural sensitivities. There are language barriers too. There are an enormous amount of aboriginal tribes and dialects and Bangarra can’t represent every single one of them – but they need to be sensitive. They need to do things correctly. They need to ensure that what’s put out there isn’t just thrown together.”

However, as Rehearsal Director, Curran’s role is more practical and personal than political. His dailies include scheduling, fitness training, working on technical strength and providing overall pastoral care for the company’s 14 dancers. It’s hands-on and can be quite intense.

“When you’re talking to a dancer about what they perceive are their weaknesses and what they need to work on, there’s really an enormous amount of trust that comes from that level of personal disclosure,” he explains.

Robert Curran with Lucinda Dunn, when dancing with The Australian Ballet. Photo by Georges Antoni.

In the physically strenuous world of professional dance the ‘welfare’ issues are mainly corporeal. “As the abilities of the dancers increase so do the risks to their physical well-being and health,” he notes. “Because we keep putting greater demands on dancers – everything has to be more exciting and interesting – that really takes it out of them.”

Now that he finds himself in the role of care giver, rather than receiver, Curran is able to reflect on his own career through a new prism. Looking back over his years with the nation’s flagship ballet company, he now recognises how well The Australian Ballet’s backroom staff looked after him as a dancer. As he recalls it, “They definitely got me into performances and into rehearsals that otherwise I would not have been able to do.”

Having once flirted with the idea of becoming a doctor, Curran is perhaps a natural caregiver. However, he is also a creative being with ambitions to front a company one day. For him, Bangarra is a port of the way to that destination. In the meantime, he admits, there is plenty for him to learn; not the least with regard to the company’s cultural mission.

Whereas some might consider Bangarra’s aboriginality a convenient marketing device, Curran argues strongly that the company is anything but token. “Bangarra is sooo not commercial and mass produced. This is a company that is so closely linked to their forty thousand year old culture; it’s just that they’re telling their stories today.”

Indeed, the struggle to keep history alive and relevant is not a new thing for Curran. “For me personally that’s a very valuable lesson because ballet has the same issues. For Bangarra the challenge is to overcome that touristy plastic token thing, whilst ballet is fighting the pointe shoe, tutu, Sleeping Beauty phenomena.”

On a recent trip to remote communities in Arnhem Land, Curran was able to witness first-hand the life of a traditional society. “I would daresay that most of the Australian community will never have the kind of experience I had up there,” he suggests. “It was incredibly special to be able to go out into the communities and witness ceremonies that no other white Australian would be able to see. It was incredibly nerve wracking for me.”

Meanwhile, back in the rehearsal studio in Sydney, Curran has his hands full with getting the company’s new show Blak ready for its world premiere season. In a sign of just how ground level his new role is, Curran reveals that his main job right now is working with Blak’s co-choreographer and dancer Daniel Riley McKinley. “Actually, that’s been my real focus; to make sure that he’s fit, that he does enough rehearsals and makes sure his body is ready.”

Whatever the cultural context, it seems, the dance must go on.