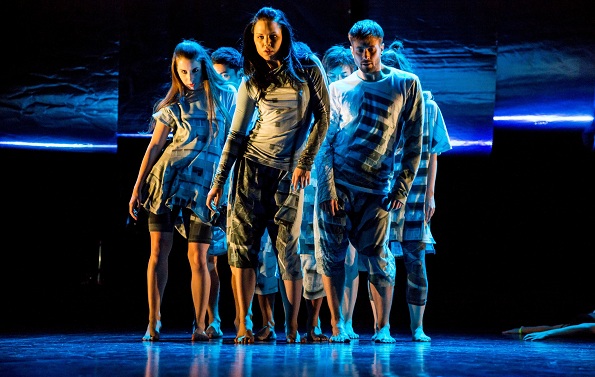 Two students from the New Zealand School of Dance (NZSD) will represent New Zealand at the Assemblée Internationale 2013 (AI13) in Toronto in April. Canada’s National Ballet School (NBS) is hosting eighteen professional ballet schools for the seven-day festival of classes, performances, forums and professional development. Second year NZSD students Jarrah McArthur and Tynan Wood will perform Jeffrey Tan’s Façade at the international gala. The work, created for Singapore Dance Theatre and first performed by the NZSD in 2004, was chosen because it locates the School within the Asia Pacific region.

The schools invited to the AI13 are those with whom NBS has a long-standing history of cooperation over the past 20 years, including the New Zealand School of Dance.

Following an exceptional launch season in 2012, The New Zealand Dance Company (NZDC) is thrilled to announce their six centre North Island tour of Language of Living this May and June. The company makes a one-night-only return to Auckland’s Aotea Centre before hitting the road to premiere the show in Wellington, Hawke’s Bay, Whangarei, Orewa and Warkworth.

One of the most inspirational dance productions of last year, Language of Living is a diverse programme of exquisite works. Earthy, witty and beautiful, the 2013 programme features a selection of choreography by New Zealanders Michael Parmenter, Shona McCullagh, Sarah Foster-Sproull, Justin Haiu and Ashleigh Coward, and international artist Anne Teresa De Keesmaeker. For venue and ticketing information visit www.nzdc.org.nz

Dance was very much part of the launch for Boosted, the Arts Foundation’s brand new crowd-funding platform, on March 21. The New Zealand School of Dance (NZSD) and Dance Aotearoa New Zealand (DANZ) have created the very first dance projects asking for public support on Boosted; the NZSD for support to put its Choreographic Season on stage in May and DANZ to produce a 20th anniversary-edition of DANZ Quarterly this year.

The Arts Foundation has established Boosted to build a new generation of arts donors. It is the only genuinely philanthropic crowd-funding website for arts projects in New Zealand. Boosted enables donors to select projects they would like to support with donations of $5 or more. Visit www.boosted.org.nz to watch the videos for these two projects, to donate or to share them with your networks.

Sharni Spencer is one of six dancers to have been nominated for the Telstra Ballet Dancer Awards 2013. Sharni, who dances with The Australian Ballet, trained in Wellington at the New Zealand School of Dance. While in New Zealand she received the SODA scholarship as well as picking up the Solo Seal and Isobel Anderson Award. Sharni joined The Australian Ballet in 2008 after graduating with a New Zealand School of Dance Certificate in Dance Performance.

Following a sold-out tour in Germany, Black Grace now brings its masterpiece Vaka to Wanaka and Queenstown. Exploring the idea of a raft as a metaphor for hope, Vaka was met with a standing ovation and rapturous applause upon its performance in Europe. Its initial 25-minute showing has now evolved into a stunning 60-minute masterpiece since its return to New Zealand.

Black Grace will be joined on stage by a select group of Southland’s young people, following an intensive week of workshopping with the company.

The Royal New Zealand Ballet‘s Made to Move tour has been met with positive feedback from critics and audience members alike. The triple bill consisted of Javier De Frutos’ The Anatomy of a Passing Cloud, Andrew Simmons’ Of Days and Ethan Stiefel’s Bier Halle. In The Listener, Francesca Horsley wrote that “the Made to Move programme epitomises all that makes the company remarkable – daring, talent, passion.” The company is now en route to China, where they will share Ethan Stiefel and Johan Kobborg’s beautiful production of Giselle with audiences in Suzhou, Shanghai, Beijing, Tianjin and Guangzhou.

The Wellington Fringe Festival Awards were held recently, with the Best Dance Award going to How to Make Friends and Still Appear Normal by Natalie Maria Clark and Black Sheep Productions. Natalie also won Best Newcomer. Also nominated for the dance award were Feet of Clay by Livia MacPhedran and Clay Feet Dancers and Gizza Hoon by Pinwheel Dance Theatre.

At the Auckland Fringe, Ross McCormack won Best Performance in Dance for his appearance in Amanimal (Rifleman Productions), which also won Best Production in Dance.

Short+Sweet is back and taking registrations now. Check out www.shortandsweet.org.nz. It’s the festival’s 4th year in Auckland and this season will be the inaugural year of a musical theatre addition, to be called Short+Sweet Song. The festival is held at The Herald Theatre in Aotea Centre, Auckland, from May 28 –June 30.