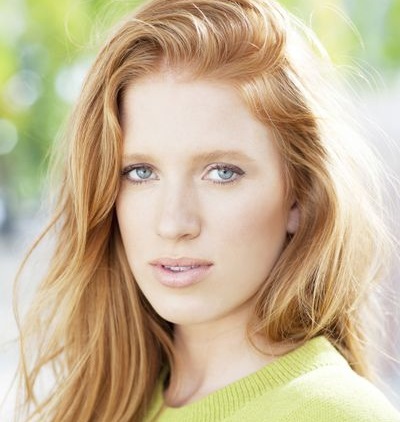 Emma Clark only graduated from her full-time studies in 2009, but she already has numerous theatre and television credits to her name. The young star is gracing the Australian stage again in The Addams Family musical, currently playing at Sydney’s Capitol Theatre. Dance Informa’s Linda Badger got the chance to chat with Emma between rehearsals.

What is your background as a performer?

I originally trained in classical ballet at the Jane Moore Academy of Ballet for 10 years. Then in my adolescence I took classes at Dance World Studios. To further hone my skills I completed two years of full-time dance at Patrick Studios Australia, graduating in 2009.

I always enjoyed singing in choir in high school, but I didn’t take my singing seriously until I was 18, when I began lessons with Susan Anne-Walker. I’ve seen a few teachers since then and have recently started vocal coaching with Peter Bodnar.

Tell us a bit about your role as an ‘Ancestor’ in The Addams Family musical.

I play the ‘Saloon Girl’ Ancestor.  My character is straight out of the Wild West in the 1850s. It’s a sassy role, and the beautiful costuming brings my ghostly quality to life. 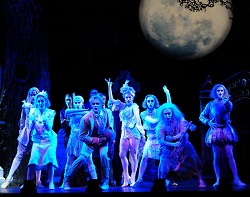 Emma Clark (centre with arm raised) as ‘Ancestor’ in The Addams Family. Photo by Jeff Busby

Like most auditions, The Addams Family audition process was extremely nerve racking. We have been blessed with an incredibly warm and nurturing creative team, so from the start of the audition process the energy of the panel was friendly, which helped make it not too daunting. There were quite a few dance rounds and lots of singing and scales to the highest of high notes. Most of the ensemble members cover the leads in the show, so there was also scene work to prepare and perform.

Were you an Addams Family fan growing up?

I wasn’t really allowed to watch TV growing up, so I have become a fan in my adult life. Since getting into the show I have caught up on the original black and white TV version that was filmed in the 1960s. My mum says she loved watching it as a kid. It is clever and darkly witty – a style that is a parallel to the musical.

What has been the best, and the most challenging part of the experience so far?

One of the most challenging things has been building up the stamina to sing the opening number, which includes some high-intensity dancing! There is also a fair amount of partner work in the show. It has also been extremely enjoyable, although challenging, to learn the infamous tango.

Any highlights of the show we should particularly look out for?

Without spoiling any of the magic of theatre, all I can say is that this show will surprise you. It is extremely touching and the family themes that run throughout the story line will make you realise that the Addams family, even though creepy and kooky, many not be too different from your family.

You have had quite a few roles in various shows, what is unique about this role? 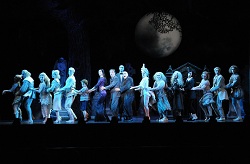 The cast of The Addams Family. Emma Clark can be seen behind ‘Uncle Fester’. Photo by Jeff Busby.

What is the most exciting place you have travelled to so far in your career?

The most exciting place I have travelled to would be the Philippines. I went there on my first contract, which was with Cats. I was cast as ‘Cassandra’. I will never forget the excitement and nerves that I experienced in my first job. Everything was new; the wigs, the crazy makeup and the demands of an eight-show week. I relished in the challenged and I will never forget it.

If you could perform any show, what would be your dream role?

Chicago. I will play ‘Velma’ one day…fingers crossed.

Any advice for young performers who are hoping to chase the dream of performing in musical theatre?
A quote from Don Miguel Ruiz’ book ‘The Four Agreements’1 – this is the fourth agreement and something I live by: “Always do your best: Your best is going to change from moment to moment; it will be different when you are healthy as opposed to sick. Under any circumstance simply do your best, and you will avoid self-judgement, self-abuse and regret.”

We want to wish Emma and the cast of The Addams Family all the best with the show!

The Addams Family is currently playing at the Capitol Theatre Sydney. Tickets are available through Ticketmaster. Visit www.ticketmaster.com.au or call 1300 723 038 for bookings. For more information, visit www.addamsfamilythemusical.com.au.