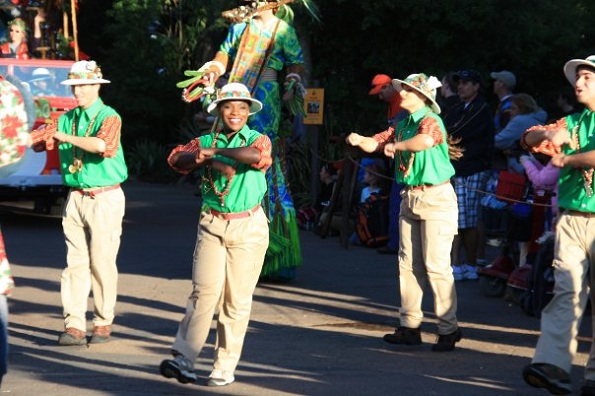 Dancing at a theme park seems like a lot of fun, but what is it really like? Here Dance Informa speaks to theme park performers about life at some of the world’s happiest places.

What performance skills do you need as a dancer in theme park productions?

Michael van Doorn
Worked at both Tokyo Disney Resort and Universal Studios Japan
Like any stage production, you need an abundance of performance and technical skill. Being incredibly versatile is a great attribute as you will usually get to be a part of special event performances throughout the year, plus perform in the show you were originally cast in.

Monique George
Worked at Disney’s Animal Kingdom, Disney’s Magic Kingdom, Disney’s Hollywood Studios, and Epcot, Florida USA
It is essential to have a moderate to strong dance background, as well as acting skills. There are many parts to play and different shows and parades to be a part of. As a performer you want to match roles as close as possible, whether it is how the character may talk or any key mannerisms they may have.

Jess Innes
Worked as a dancer at Luna Park, Sydney Australia
You need to be able to interact with the audience and involve them in the experience. This involves having a strong character and performing with larger than life expression and enthusiasm. Technique needs to be strong and unwavering as you are performing the same routines again and again in a varying environment (it could be boiling hot one day and raining the next). 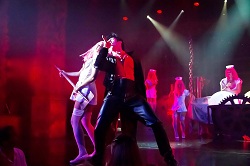 Dylan Hauck
Currently at Busch Gardens Williamsburg, Virginia USA
Theme park shows can vary greatly in terms of style and content. At Busch Gardens alone, we have many styles including ballroom, hip hop, tap, and even burlesque-influenced jazz and go-go dance. It helps greatly to be a versatile dancer and to always be energetic and passionate on stage, no matter what choreography you are handed.

Jess Innes
Auditioning for Luna Park was an exciting process as we learned two very stylized dances. This allowed us to show our versatility, ability to pick up choreography quickly and performance quality. We did a high energy jazz routine and a 1920s themed swing dance which was later included in our show.

Dylan Hauck
The process for singers and dancers can vary. Dancers are usually auditioned in cattle call situations, whereas singers are typically found through the common “best 16-bars” private vocal audition. Some performers, however, are able to book these jobs through video submissions. Every theme park job I have booked was through the Unified Professional Theatre Auditions (www.upta.org) which are held every spring in Memphis, Tennessee.

Monique George
The audition process for a theme park performer can be hectic, but enjoyable as well. There is paperwork to fill out, handing in your resume and lastly getting height measurements. After waiting for at least 150 people to get checked in, there is a basic movement part of  the audition. The movement that was given when I auditioned was a glimpse into what parade performing would be like. Then there is a characterization round where you are given a scenario and must act like a specific character in the park. Once the first two rounds are done, a select few are kept to dance more extensively. In this part of the audition the choreography is a bit more difficult and you are given a chance to show off any special skills you may have (tumbling, leaps, turns, etc.). 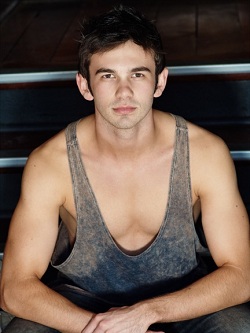 Michael van Doorn
It’s a long, exhausting and really fun day! For my Universal Studios Japan audition, I first went into an open call dance round. They then made a cut and we went onto a callback dance round. In the callback we added onto the routine. It was fused with jazz, ballet and more street style sections to see our versatility as dancers. From there they made another cut and called us back for the vocal round. We started by singing a 16 bar cut of our own choice. They made a cut again after that round, then from there they put the people who were left into different groups and taught us different songs around the piano, before getting us to sing them one by one. They made one final cut and for those of us who were left we had an interview , were measured, and then told we had made it to the ‘final consideration process’. From there I waited to hear, and about two months later got a phone call saying I’d been cast in their production of Wicked for the following year!

How many performances do you dance a week at a theme park?

Michael van Doorn
It depends. At Tokyo Disney I would do five shows a day, five days a week – so 25 shows a week! At Universal Studios it would range from two shows a day in the winter season to four a day in the peak seasons – so roughly a 15 show week. It’s full on.

Monique George
Depending on how many shows or parades you are in, you could have anywhere from five to ten performances a week. These performances may not be at the same park when working for Disney. For instance, I would have a parade performance at Animal Kingdom during the day, and then a night parade at Magic Kingdom.

Do you have the time and opportunity to take technique classes while on contract with a theme park?

Dylan Hauck
It depends on the park and your personal schedule, but in many cases the answer is YES! Busch Gardens actually offers free classes to all performers led by dance captains. There are also excellent studios in the area and many performers become instructors during off-peak season. 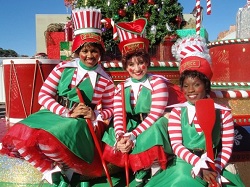 Monique George
There are many opportunities between work to take dance technique class and even go to dance conventions. One of the perks that Disney has is that there are technique/master classes offered at Epcot where performers can take class and get to know each other outside of work. Some of the classes offered include musical theater, jazz, contemporary, tap, and hip hop.

Michael van Doorn
Yes, ample time. We had two days off a week and there are great places to take class all over Japan. We would also teach for each other in the rehearsal studios. That was most rewarding because there was this incredibly talented international community of performers right at your fingertips to learn from, whilst getting to be onstage performing all week too!

Where do you live while on contract at a theme park?

Monique George
While on contract it is left to the performer to find room and board. It is most convenient to try to find an apartment or townhouse close to the property where you work. However, if you are in the Disney College Program, room and board are provided. There are four special apartment complexes that Disney owns where only college program students can stay.

Michael van Doorn
I lived in a great studio apartment in a block not far from the park. It was fully paid for by the company. It was amazing to have all your workmates in the same complex, but still with your own space to live. 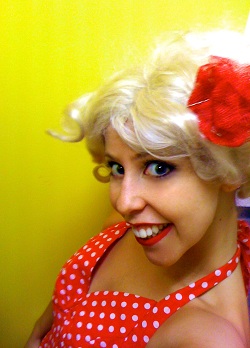 Jess Innes
Luna Park was the perfect theme park for me as it allowed me to stay living in Sydney. I am the director of 100 Percent Dance school in Clovelly and found that this job allowed me to keep my commitments in Sydney while still having the excitement and experience of immersing myself in the life of a dancer at a theme park.

Dylan Hauck
This depends on the park and the length of the contract. Some parks will offer housing, while others offer housing assistance and/or discounted rates.

What are some of the benefits of performing at a theme park?

Michael van Doorn
I could go on forever! You get to perform onstage everyday, in some great quality productions surrounded by fabulously talented peers. You live in an all expenses paid apartment. You get paid a great salary and per diem. You get to live overseas in a different culture with time off to explore, shop and immerse yourself in a whole new world, all whilst performing and being paid. Some of my most memorable performances on and off stage were working at theme parks. It was a fabulous building block and training ground as a performer, it is well respected in the performing community and I got to meet some of the most incredible people and see some fantastic places. How often can you say you climbed Mount Fuji on your weekend from work?

Dylan Hauck
Theme parks are an amazing testing ground for new talent. Some say that if you can survive a theme park, you can perform anywhere. The stamina and energy required of theme park dancers really serves them wherever their careers take them after the contract. Additionally, theme parks are one of the longest contracts for a singer or dancer. Who doesn’t love guaranteed employment for the majority of the year?