In the Australian Ballet’s 50th year Dance Informa is celebrating the company by highlighting three of the Ballet’s Principal Dancers each edition. This edition Dance Informa spoke with Leanne Stojmenov, Yosvani Ramos and Lucinda Dunn.

Playing one of the seven dwarfs in her first ever ballet concert in Perth, four-year-old Leanne ran to the middle of the stage and shushed the audience, in preparation for her fellow dwarves’ performance. Now, having been in The Australian Ballet for over a decade, she has become one of Australia’s best loved ballerinas. 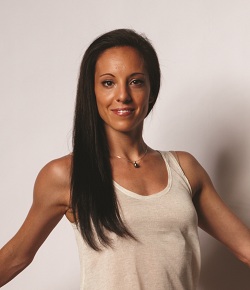 When did you become a Principal Artist and what was your first role?

I was promoted to Principal Artist in 2011, and my first role as Principal was the third movement of MacMillan’s Concerto. It was a very athletic and challenging role.

When dancing the lead role in a full length ballet I can go through two pairs of pointe shoes. I am forever sewing new shoes.

When you are not dancing, what would you prefer to be doing?

Sitting on the shores of Lake Wanaka, NZ, with a thermos of coffee and a beautiful sunset.

A vet. I love animals. My cat is my therapy.

Do you have a favourite TV series or book?

My favourite TV series is Mad Men. A book that I often read is The Inner Athlete. My ballet teacher recommended I read it when I was training.

That is such a hard question. There are so many incredible choreographers past and present and we are so lucky at The Australian Ballet to have such a wide repertoire to give us a taste of everything. If I had to choose one, it would be Sir Kenneth MacMillan.

Don’t be scared to be yourself. Being yourself is what you have to offer.

Performing really is wonderful. It is such a personal experience but at the same time you are performing to so many people.

Born in Camagüey, Cuba, Yosvani joined The Australian Ballet in 2008 as a Principal Artist, after spending nine years in London with English National Ballet. 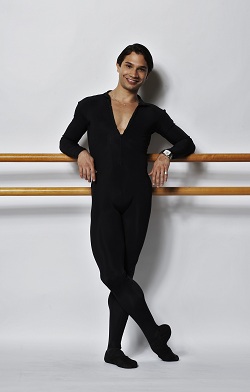 What’s your first memory of dance?

My first memory of dance is seeing the Cuban prima ballerina Alicia Alonso on TV doing the Black Swan fouettés. I thought it was the most amazing thing I’d ever seen.

What was your first role as Principal?

Franz in Coppelia in 1999, with the English National Ballet. I was 20 years old.

Creating the role of ‘Kay’ in English National Ballet’s The Snow Queen. It’s not every day that you get the chance to create a role in a brand new, full-length classical ballet. We rehearsed for six months and it was great to work so closely with the choreographer.

Which character in a ballet do you most associate with and why?

‘Romeo’ in Romeo & Juliet. He is a lot like me; a hopeless romantic. I feel very comfortable in that role.

‘Lenski’ in Onegin and ‘Colas’ in La Fille Mal Gardée.

That is not at all like in the movie Black Swan. We are normal people and we love doing normal things.

When you are not dancing what would you prefer to be doing?

Spending time at home watching DVDs, or travelling around the world.

My favourite book is The Secret, movie is Pretty Woman and TV series is Grey’s Anatomy. In terms of music, I’m more into solo artists rather than bands.

Working hard and pushing myself every day, but at the same time staying healthy and injury-free.

Do you have a quote or affirmation that helps you through?

Tomorrow will be a better day.

Enjoy yourself and make the most of everything. After all it is quite a short career, so make every second count.

Being in front of thousands of people and becoming someone else for a few hours. Also that amazing feeling you get when you feel you are in complete control of your body while dancing.

Surprisingly, one of Australia’s most loved ballerinas has never danced the roles of Odette/Odile, despite having been in many performances of Swan Lake. However, after a 21-year career with The Australian Ballet, Lucinda has too many highlights to list. 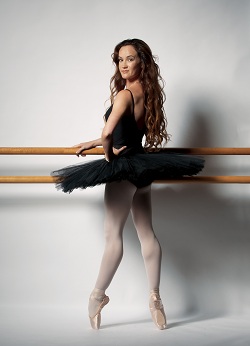 Describe your journey with The Australian Ballet so far.

I joined The Australian Ballet 21 years ago in July 1991. I became a Senior Artist in 1995 and a Principal Artist in 2002. I was promoted to Principal in September 2001, to take effect in the new year, but after that announcement Robert Curran and I were dancing Giselle together. We had a wonderful partnership from then on. My first role in the 2002 season was Beyond Forty, in which I danced Suite en Blanc and the Act IV pas de deux from Swan Lake.

When you are not dancing, what would you prefer to be doing?

Spending time at the playground with my two young daughters.

Which character in a ballet do you most associate with and why?

Sleeping Beauty. With two young children, some days I’d like to sleep for 100 years! And doesn’t everyone want to be a princess?

What’s your first memory of dance?

Running across the stage in a turquoise tutu as a ‘baby wave’ when I was four.

I haven’t worked that out yet!

Movie: Tinkerbell at the moment!

Who are your favourite choreographers?

Being injured and not dancing. Also, the concentration and energy needed every minute.

Do you have a quote that means a lot to you?

The more sweat shed in practice, the less blood shed in battle.

Try to improve yourself daily.

Self-satisfaction as the curtain comes down.