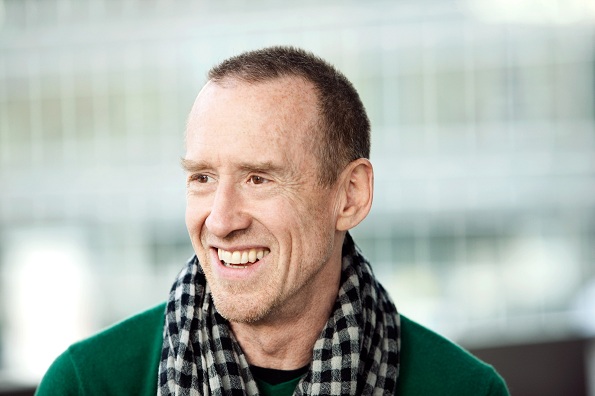 After fifty years in dance, superstar choreographer William Forsythe has heard it all; and he might be just as happy with an axe in his hand.

“Let me tell you a story,” he says by phone from his home in Dresden. “I was moping round the house one day on vacation and my wife said, ‘what’s up with you?’ and I said, ‘oh, nothing, it’s just that in three weeks I have to come up with a new work by William Forsythe’.”

There are very few names in dance that carry with as much weight as American choreographer and dance educator William Forsythe. Critically lauded and awarded, (four ‘Bessies’, three Oliviers and even a Golden Lion at Venice), his often innovative work has been cited for re-imagining ballet and influencing an entire era of contemporary practise. He fronted the now defunct but internationally adored Ballet Frankfurt for twenty years and has created works that now feature in the repertoire of ballet’s biggest brands: Kirov, Paris Opera, Royal Ballet.

These days he heads up the German based Forsythe Company, where he continues to nudge ballet practise out of its tights and tutus and into something both more intellectual and more muscular.

For Australian fans, the company’s Melbourne Festival season of his ‘existential’ 2008 work I Don’t Believe In Outer Space may well raise eyebrows even further because, as Forsythe himself jokes, “It starts off crazy and then becomes insane.”

However, it’s soon apparent that Forsythe has little time for the critical chatter that has built up around him. On the question of his supposedly post-modernist reconfiguration of ballet architecture, he simply says, “Not at all. That’s just something that people say. I mean, mostly that comes from the US or England but much less from Germany where I’ve mainly worked.”

Indeed, Forsythe’s principally German based career and his long association with Dutch composer Thom Willems have imbued his work with a distinctly ‘continental’ sense of avant garde adventurism and intellectual rigour. Or so the theory goes. “I start with instinct,” Forsythe reveals bluntly. “And since I’ve been doing this for about fifty years now, it’s pretty well honed. Put it this way, I never give up on a piece. I’m always working on it.”

There is an unadorned clarity to Forsythe’s self-reflection as he answers my ‘what unifies your body of work?’ question with a single word: “Counterpoint.” Indeed, for all the superlatives and surgical analysis, it is perhaps the beautifully ‘distilled’ nature of Forsythe ballets that make them so compelling.

Yet for I Don’t Believe In Outer Space the creation process was driven by more visceral reflections; namely, turning sixty and confronting mortality. “I don’t think I consciously set about doing that with this work. It’s just that when I started to look at it I went, ‘oh yeah, there it is’,” he recalls. “When you’re sixty you can’t help but look at it and go, ‘well, I’m not always going to be here. I’m not immortal’.”

With a seventeen strong ensemble embodying the work in fragmentary bursts, including a silent ping pong sequence, it has been dubbed ‘light’ and ‘less architectural’. Once again, Forsythe enjoys flipping expectation. “I think that comes more from people commenting about it than anything we’ve tried to do. And again, it’s come more from America and Britain where they’ve got this insistence on light entertainment, on everything having to have an elf or goblin or whatever.”

Forsythe fans will doubtless be pleased to hear that at least one thing remains safely in place. The music and soundscaping is by Thom Willems, continuing a partnership that has spanned decades and numerous now classic works, including Limb’s Theorem, Impressing The Czar and In The Middle Somewhat Elevated. “We’re like the old guys in The Muppets,” Forsythe says of his longtime friend and co-creator. “We look down on everything from the balcony.”

Whilst this maybe figuratively true, both men are anything but spectators at performances, ‘live directing’ each night from the back of the auditorium. “We’re both on headsets calling the shots on lighting and sound,” Forsythe explains. “We had an opening last week and at the end of it I was just trashed. Your concentration can’t waver for even a millisecond.”

By insisting on this, Forsythe locks himself into the same space as his dancers: the moment. ”It is absolutely essential,” he states. “I think that what audiences really want from dance and live performance is presence. They want to see people who can really concentrate.”

As excited as the scribes and fans might be at the prospect of an Australian premiere or a ‘new work by’, the man himself has a simple antidote to all the William Forsythe talk. “Doing housework,” he quips. “I mean, a clean window is a clean window, there’s no interpreting it. I also love to chop wood. It’s very physical, y’know. Not at all conceptual.”