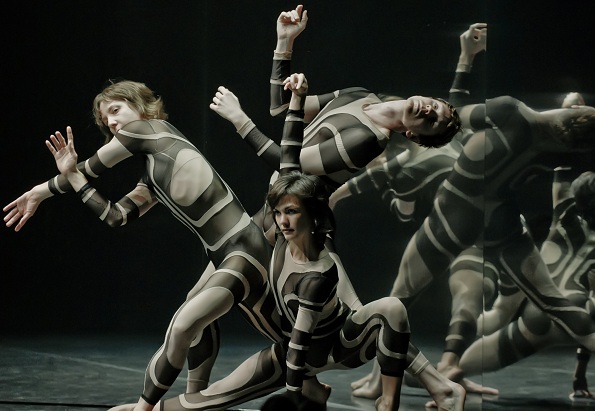 Creative Director Tony Assness has one of the most impressive portfolios in Australia. He is best known for staging incredible live events, such as the legendary Sydney launch of Baz Luhrmann’s Moulin Rogue, the 75th Anniversary of the Sydney Harbour Bridge and many summer and winter spectacles for Myer. He is also a stage and costume designer for theatre and dance, having worked extensively with Sydney Dance Company.

Although he finds it “so boring” to talk about the past, Assness’ journey has been an interesting one. South African-born, he and his family immigrated to Newcastle when Assness was 11. Teased for being different, he spent months on end in the relatively safe confines of the school art room or library, absorbing information and feeding his imagination. In his late teens he got a job as a design assistant at Sydney’s Nimrod Theatre Company (now Belvoir Street Theatre). After a year he left to study Visual Arts at the University of NSW, an experience he says was important because “it was the only time I have ever been allowed to fail”.

The decision to go to art school as opposed to NIDA (National Institute of Dramatic Arts) spun Assness’ career onto a different path than the one he had envisaged. Finding it difficult to get work in theatres after graduating, he found himself working more in a corporate context. He has since delivered mind-blowing launches for companies such as Red Bull, Verve Cliquot and Foxtel, and orchestrated the 10th wedding anniversary of Lachlan and Sarah Murdoch on Clark Island – to name just four from quite a stunning list of projects.

With his roots still firmly in theatre though, Assness professes that he loves to work in dance. In 2007 he was asked to generate a new look for Sydney Dance Company, which at that time had no artistic director in place. “It was the first time in 30 years that the dancers were photographed without Graeme Murphy’s direction,” he explains. “I was asked to create a brochure that heralded three new works that had not yet been created. It meant an entire re-imaging of the company to ignite new found interest.” 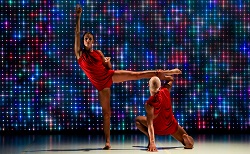 Tony Assness’ costumes for Sydney Dance Company’s ‘2 One Another’. Photo by Ken Butti.

With the appointment of Artistic Director Rafael Bonachela, Assness returned to SDC, to collaborate on Rafael Bonachela’s first work for the new company, 360º . Assness designed sets, costumes and a large scale, integrated video component for the work. It would go on to be critically acclaimed, cementing a new path of success for one of Australia’s most loved dance companies.

The two collaborators joined forces again recently for Bonachela’s latest work, 2 One Another. By that stage, Assness was very familiar with Bonachela’s ethos, movement vocabulary and style of working. “Raf works in a very abstract way,” he explains. “There is always tension between something abstract and something very real and practical, which a costume needs to be – especially a costume for dance.”

He adds that knowing what a choreographer responds to is the “starting point into the world that is being created”. Bonachela, for example, sees the dancers as “shapes and forms, pieces of a whole and who they really are.”

He admits that the costumes are the most demanding aspect of designing for dance; an ongoing riddle that takes the entire rehearsal process, and then some, to solve. Other elements, such as set and video, play support roles as they interact visually, but physically, they are separate. The costumes on the other hand, need to be like a second skin, and Assness wants the audience to see the dance, not the costume.

“I would like to create a costume that wasn’t there, that did not interfere with the dance in any way,” he adds. “It’s such a strange thing to design something that’s not there… it’s impossible, but this is something that I am always trying to do.”

So, what makes an outstanding costume for dance? Perhaps the obvious answer is that the costume cannot hinder the dancer, and it must be able to be washed every night, which significantly narrows the options in terms of what can be created. “There can be nothing extraneous, and there has to be an idea, a good one, that drives the whole thing,” says Assness. “The challenge, which is really exciting, is to take a restricted pallet and not be hindered by it.”

Maybe it’s this spirit of embracing challenge that has brought him to the top of his game. Although he is used to directing some of the most extravagant parties and launches in Australia, he says he would love to be asked to “design a Shakespeare with $300 and be told to do it all from Lowes.”

“I think in Australia you have to be very versatile,” he says. “I just focus on whatever I am doing and find a way to take that project to the highest level possible within the budget and time parameters that I find myself in on any given day. I think I am lucky and it’s a privilege to be doing what I get to do.”

Assness has lots of great advice for anyone interested in a career in costume and stage design: “Do whatever it takes to get a gig. Whatever that is, keep working and over deliver – and make sure you get paid. Try and get an agent who can mentor you and put you in front to people. Go to shows, read, travel, absorb everything and always be prepared. And perhaps go to NIDA. Learn to draw and study colour theory and teach yourself to write.”He adds that it is important to be a very good listener, and to be “fundamentally selfless. I never work from the point of view of ‘what I will get out of this?’.”

Keep an eye out for the much-anticipated 2013 film, Luhrmann’s The Great Gatbsy, in which Assness has the magnificent job title of Party Design Consultant. The combination of Luhrmann and Assness’ unique and lavish visions – plus Gatsby’s famed, decadent parties – equals the promise of some pretty wild visual feasts.