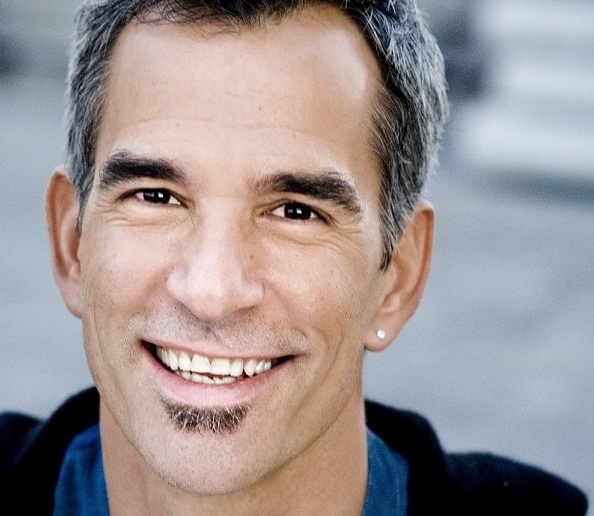 After high praise overseas, Legally Blonde The Musical is heading to Aussie shores this October. A stellar cast including Lucy Durack in the role of ‘Elle Woods’ and Rob Mills as ‘Warner’, will be taken through rehearsals under the direction of Broadway director and choreographer Jerry Mitchell.

Here, Dance Informa chats with Jerry prior to rehearsals on the intense training regime required, and why audience members never fail to fall in love with ‘Elle Woods’.

How intense will the rehearsals be for the Australian production?

I’m going to be meeting some of the principals later in the week but I’ve got to adjust and get myself ready for the gruelling time ahead (laughs). There are five weeks of rehearsals and two weeks of full previews before it opens. We start each day with one hour of jump rope. There’s a jump rope number that opens the second act of the show, so everyone in the show has to learn how to actually jump rope and sing, and it’s tricky!

Legally Blonde The Musical has been a hit overseas. Why do you think people are so drawn to the storyline?

Well first of all, I think if you’ve seen the movie or if you haven’t seen the movie, it doesn’t really matter. The character of ‘Elle Woods’ is an underdog and she’s larger than life. Everybody loves an underdog. She goes on this journey and she discovers who she really is and finds the right path for herself in the end. It has all these fantastic elements of a musical.

The cast for the Australian production looks amazing. Were you familiar with most of their work?

Well I’ve met Lucy (Durack) before in London. She came and auditioned for me while I was there, and then David (Harris) played ‘Malcolm’ for me in The Full Monty years ago. The rest of them I’ve auditioned, but I haven’t met them yet. They’re all quite spectacular.

Lucy Durack as 'Elle Woods' in Legally Blonde The Musical

What stood out from Lucy’s performance when she was auditioning?

You know when you meet a character as beautiful as ‘Elle’. She comes from a wealthy family in the play, so you think “well what’s wrong with her”? And then her boyfriend ‘Warner’ breaks up with her and I think there’s a lot of people that can relate to being dumped (laughs). Everybody’s gone through a breakup at some point in their life right? So I think what I was looking for, what I always search for, is someone who has that vulnerability to let us in on what she’s really thinking. Lucy’s truly a wonderful actress. You can connect with her right away because she seems really honest. So honesty and vulnerability are the qualities that really add to the job, besides being beautiful and being able to sing and dance (laughs) – that’s a given.

Did you plan on making the Australian version quite different?

Well the show will remain the same as far as the scenery and blocking. But I never ask a cast to repeat what some other actor has done, so part of this discovery in the rehearsal will be allowing them to bring their natural qualities to the roles. I think that’s what always makes a musical fresh because the cast becomes absorbed in the story, and we have a cast on stage that are invested in the story. The audience gets so much more out of it.

Your career-to-date is simply amazing. What’s next for you once Legally Blonde wraps up?

Well, actually the exact same day we begin rehearsals here, my next Broadway show has rehearsals in New York City. I will miss the first week so the cast in New York is going to be learning all of their music and working on their British accent for a musical called Kinky Boots, based on the British film that was made and has scores by Cyndi Lauper. We’ve been workshopping the show and it’s become quite good. Productions for the show will open in spring of next year.

WIN A DOUBLE PASS!
Dance Informa has double passes to giveaway to Legally Blonde.
Email info@danceinforma.com with your Name, State, Email Address and Phone Number and answer this question: “Who is the Choreographer of Legally Blonde The Musical?”