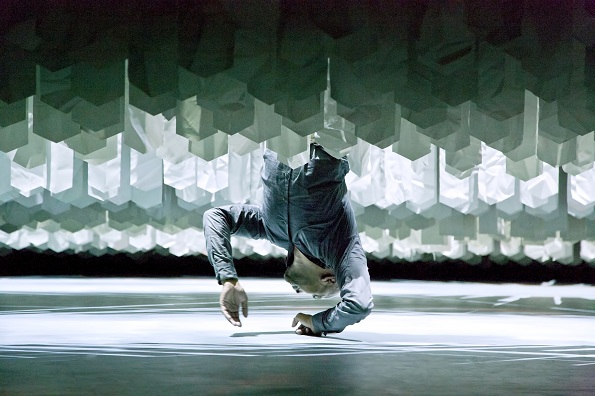 In 2012, Brett Sheehy directs his fourth and final Melbourne Festival. Exploring the threads of ‘identity’ and ‘place’, this year’s dance program features works from some of the finest Australian and international artists, many of whom Brett has worked with over the past decade.

An exciting and diverse dance program commences with the Australian Premiere of The Forsythe Company’s I don’t believe in outer space, a work by the legendary father of modern ballet, William Forsythe, that investigates life itself, in all its physicality, fragility and inevitable mortality. Renowned for his rigorous and calculated choreography, Forsythe returns to Melbourne Festival for the first time since 2001 with an un-missable event for anyone with an interest in the past, present or future of contemporary dance.

After taking the 2010 Melbourne Festival by storm with his visceral Vertical Road, dance phenomenon Akram Khan returns with a new mesmerising full-length contemporary solo show about the indelible ties of family, culture, and the elusive nature of the place we call home. Playful and imaginative, intimate and deeply affecting, DESH is a masterwork from a performer at the peak of his powers.

Chunky Move presents the world premiere of An Act of Now, the highly anticipated debut work from new Artistic Director Anouk van Dijk. Casting a fresh eye over her new hometown, van Dijk will stage the production in the iconic Sydney Myer Music Bowl, a tantalising taste of what’s to come for one of Australia’s most beloved contemporary dance companies.

One of Australia’s most renowned choreographic talents, Lucy Guerin, stages Weather, a homage to the breathtaking power of the elements. An arresting new work born from a co-production between Lucy Guerin’s Melbourne-based company and Montreal’s Festival de Danse, Weather draws on the inventive design skills of Robert Cousins to create a show of climactic proportions – integrating forceful winds, floating fog and an ethereal light show into a choreographed maelstrom of movement.

Part of a world premiere season from award-winning choreographer Kate Champion and Force Majeure, Never Did Me Any Harm is a collision of dance and theatre inspired by the themes of Christos Tsiolka’s novel, The Slap. A riveting dissection of what it means to be a parent in today’s Australia, Never Did Me Any Harm is a captivating work from one of our nation’s most compelling and innovative choreographers.

A world premiere Melbourne Festival commission, Fault Lines represents a unique collaboration between China’s renowned Leshan Song & Dance Troupe, who hail from Sichuan province, and Christchurch-born choreographer Sara Brodie. Together they have crafted an intimate, personal response to an overwhelming catastrophe – a recount of what it is to survive and live in the wake of an unimaginable tragedy.

In the first season of a biennial event – Dance Territories, Dancehouse premieres an intercontinental journey to the frontiers of modern movement with Sense and Sensibility that brings together two internationally renowned Swiss Choreographers, Perrine Valli and Cindy Van Acker, along with two of Australian dance’s brightest stars, Sandra Parker and Matthew Day.

And the Festival’s inaugural program of international film, Art Matters…on Film curated by Richard Moore, contains documentaries that examine the world of dance including Charles Atlas’ Ocean, which captures one of the final productions of Merce Cunningham. Hail The New Puritan tracks a day in the life of legendary choreographer Michael Clark and A Good Man from directors Bob Hercules and Gordon Quinn tracks Bill T Jones through the exhilaration and frustration of developing his Fondly Do We Hope…Fervently Do We Pray.