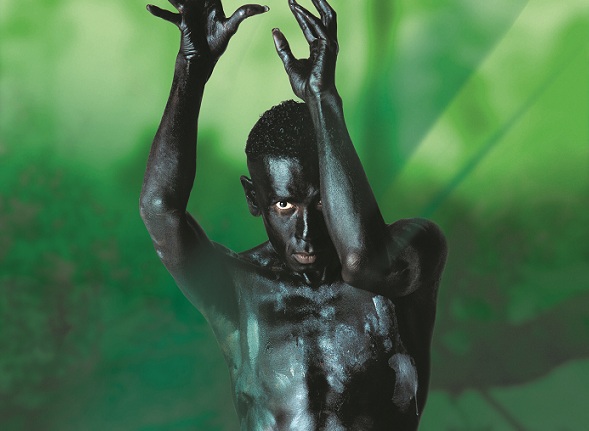 After ten years with Bangarra Dance Theatre, Patrick Thaiday is moving on from the company. Patrick’s performance of Stephen Page’s Warumuk-in the dark night at the Sydney Opera House as part of the Australian Ballet’s Infinity Program on April 25 was his last with Bangarra.

A much loved and recognised dancer, Patrick’s retirement comes as he celebrates a long and successful decade with Bangarra. Since joining Bangarra in 2002, Patrick’s face has become synonymous with the company and critics and audiences alike have lauded him for his extraordinary featured performances across Bangarra’s repertoire.

Of his time with the company Patrick told Dance Informa, “over the years Bangarra has given me the honour of representing my culture, people and art through dance. I’ve just taken a ride on a time machine and experienced the most amazing Dreamtime journey.”

Bangarra’s Artistic Director Stephen Page said “Patrick has been a core member of the company for the past ten years and his work deserves to be celebrated. His passion for and commitment to Indigenous dance has been a driving force within the company and he is a point of inspiration for the younger dancers. I hope that after a well deserved break Patrick will return to Bangarra in a different role.”

Patrick was born in Biloela, Queensland and grew up in Mackay. His parents come from Iama and Erub in the Torres Strait Islands. He believes that his in-built desire to dance is derived from his parents’ ancestors who originated from Lifu, South Sea Islands and Jamaica. With a strong cultural background, he learnt traditional dances from an early age.

Patrick’s family and friends encouraged him to pursue a career in dance and in 1999 he moved to Sydney to study at NAISDA (National Aboriginal and Islander Skills and Development Association), performing both traditional and contemporary dance. Whilst studying, Patrick performed with Bangarra and Christine Anu at the Closing Ceremony of the 2000 Sydney Olympic Games.

In 2002 Patrick was accepted into Bangarra Dance Theatre. His solo in that year’s production Walkabout earned him recognition for his talents. Since then this critically acclaimed dancer has received prestigious awards for his performances in Clan (2004), Boomerang (2005), Gathering (2006) and True Stories (2007). In 2008 Patrick performed a central role in Stephen Page’s Mathinna.

In 2009 Patrick travelled to Europe with Bangarra to perform True Stories and later helped Bangarra celebrate its 20th Anniversary with Fire – A Retrospective. In 2010 he performed in Bangarra’s of earth & sky to outstanding acclaim. Patrick’s recent highlights include performing at the 2011 Indigenous All Stars NRL game and the Spirit tour of Germany and Italy. He also performed to much acclaim in the 2011 Belong national tour and Bangarra’s regional tour of Mathinna. 2012 has seen Patrick perform in Stephen Page’s Warumuk – in the dark night as a part of the Australian Ballet’s 50th anniversary celebrations.

Patrick is one of the nation’s finest Indigenous performers and will be long remembered by Bangarra audiences for his distinctive performance presence.

Dance Informa wishes Patrick all the best with his future endeavours.