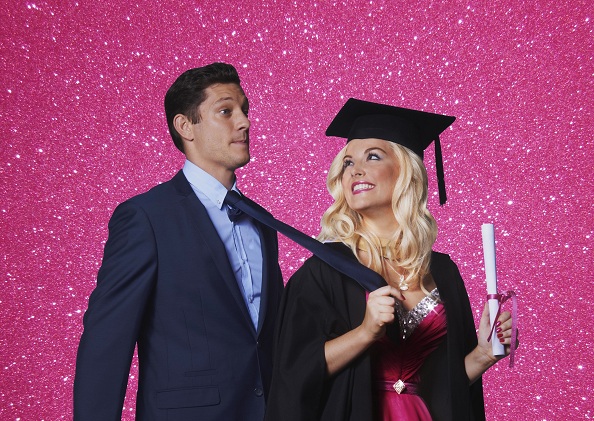 Already in its third year in London, this smash hit is heading down under to Sydney in October. Having won seven major awards including Best New Musical 2011 at the Olivier Awards, this all singing, all dancing, romantic comedy, doesn’t look like it’s going to slow down anytime soon.

Based on the Hollywood film Legally Blonde starring Reese Witherspoon, college sweetheart and homecoming queen Elle Woods heads for Harvard Law School to try to win back her ex-boyfriend, Warner, after he dumps her for someone more serious.

Dance Informa caught up with Lucy and Rob, who starred together in the Australian cast of Wicked, after the launch party in Sydney. 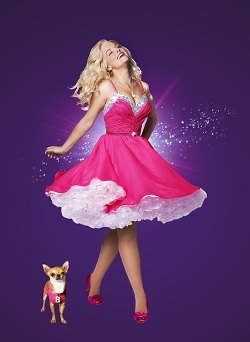 You must be absolutely thrilled to play the lead role of Elle Woods. How excited are you?

Oh extremely excited! It’s a role that’s going to be so much fun to play. I auditioned for nearly a year so it’s one that I’ll be really grateful for and certainly not take for granted.

The auditions were in Sydney early last year, and then in November they flew me to London for my final lot of auditions.

The first auditions were like your regular auditions but once I got to London that was pretty nerve-wracking. I knew a lot of money had been put into sending me there and I just hoped I could come up with the goods. So I was very relieved when I did.

Had you always had a keen interest in becoming involved in this particular musical?

When I got cast in Wicked, we saw Legally Blonde overseas and I thought it was such a fun show. I had grown up watching the film, so I really love it. It was certainly one that I had my eye out for. I was hoping that it might come out to Australia and I could audition for it. So I’m very grateful that I got it.

There are great names such as Rob Mills, Erika Heynatz and Cameron Daddo playing roles alongside you. What has it been like so far, to work with them on this new project?

Well I’ve only met Erika once and that was at the launch but she was so nice, and I really think we are going to become great buddies. Rob and I have been friends for a long time so I’m absolutely thrilled. And on top of that we’ve got David Harris – he’s such a great guy. And then we have Cameron Daddo and I’ve never met him before but I’m really looking forward to working with him also.

Congratulations on landing the role of Warner. Had you watched the film Legally Blonde, prior to auditions?

Yeah, I think in high school. My mum actually watched it a few weeks ago. She asked me if I was the nice boy at the end, or the boy who breaks up with her (laughs).

Can you describe the audition process for us? Had the producers from London come out to Sydney for this?

How excited are you to be playing the role of Warner?

I’m really looking forward to it. I’m just happy to get any part in the show!

The cast sounds amazing, and I know you have already worked with Lucy before. Were you excited to work with Lucy again, having worked alongside her in Wicked?

Absolutely. We talked about the shows that were coming up during Wicked. I knew she was very keen to play the role of Elle Woods and I have to give great props to her. She’s very inspirational and a tremendous role model. If you want something, then you have to work hard for it. She got two of the biggest roles in musical theatre in Australia in the last four years, which is pretty amazing. She comes from a good family, a good upbringing. I’m really looking forward to working with her again. She’s extremely professional. She works really hard at working on scenes, making sure that everything is always getting better. She’s never one to throw it in, so to speak. She leads by example and is a great inspiration for everyone.

With the show starting in October, when do rehearsals begin for you?

Around late July. I’m really looking forward to it.

The international award-winning hit LEGALLY BLONDE THE MUSICAL is premiering at Sydney Lyric Theatre, The Star on October 4, 2012. For more information, visit LegallyBlonde.com.au