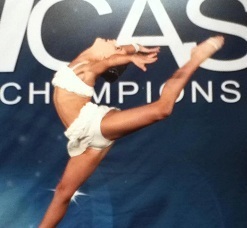 Showcase National Dance Championships will increase its national tour this season to include up to 18 Regionals. With a massive prize pool of over $85,000 up for grabs this year, the search is on for the next generation of the nation’s TOP dance studios. Who will be it be?

They have reached out once again and invited more dance studios this year to give them the chance to win the title of “Australia’s next TOP Dance Studio”. Apart from the fantastic cash prize of $5,000 to the TOP winning group it also gives the studio national recognition for its outstanding efforts.

The Gold Coast National Finals, held annually at Jupiter’s Casino, have always offered many opportunities to dance schools, including the ever popular Summer Dance Workshops held during the event and the Battle of the Star Show held on the last day, which has the best of the best dance schools in the nation compete for the overall titles.

Jupiter’s Showroom has just undergone a 20 million dollar upgrade and the dancers at Nationals this year will be having the opportunity to perform in the best and newest performance venue in Australia.

Showcase has always been the leader in offering massive prizes and this past year was no exception. There were not only the four Dancer of the Year trips to the USA and Canada awarded, but there were also trips presented to dance teachers which included an all expenses shopping trip to Bangkok. Three dance teachers were also awarded the pinnacle prize to attend the US Federation of Dance Competitions Gala show in Cancun Mexico.

Peter Oxford, the National Director of Showcase, has his sights on expanding the many opportunities for Dancers all over Australia by adding competitions in Darwin, the Sunshine Coast, Fraser Coast and Newcastle this season, in addition to the ever popular cities such as Sydney, Canberra, Perth, Melbourne, Hobart, Brisbane, Auckland and Christchurch.

Dance studios can enter solos, duo, trios and groups, in many forms of dance including jazz, lyrical, contemporary, tap, ballet and hip hop.

Showcase attracts over 7,500 acts in any one season! There’s some amazing talent out there and you can be part of it!

Showcase looks forward to seeing some new studios at one of their 2012 regional cities as they travel around Australia and New Zealand.

Remember…Everyone’s a STAR at Showcase!

How to Enter
Dance schools and soloists wanting to be part of the Showcase Nationals must qualify with 85 points and over at one of the regional championships that are held in select cities across Australia and New Zealand.

Want more info?
The website www.showcasedance.com has complete information on the event, including entry forms and rules. The large cities do tend to fill before the closing date, but dancers are allowed to travel out of their own area to qualify in another city. National Finals dates are scheduled for January 14th -21st 2013 at Jupiter’s Casino.

Become a fan of Showcase on Facebook. www.facebook.com/showcasedance and check out our website for past competition results, videos of the Nationals and more. 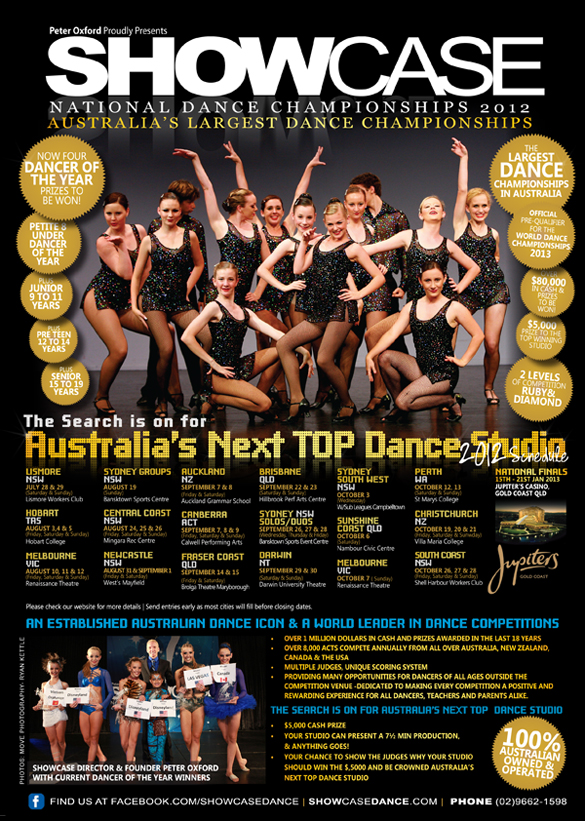