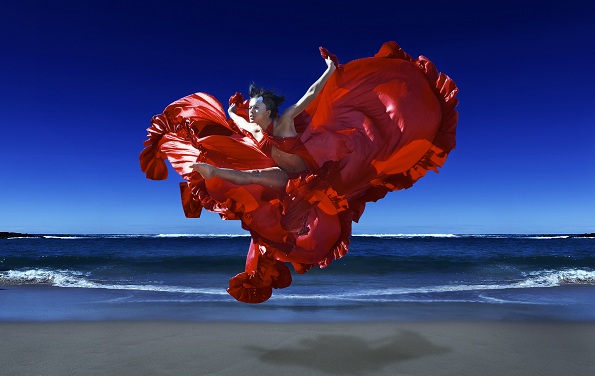 They already are familiar faces in the dance scene, however Stephen Tannos and Morgan Choice are yet to cement their status as choreographers of the new generation. This is all set to change when they bring their creative vision to life in Tannos + Choice: a cutting edge performance that So You Think You Can Dance judge Matt Lee describes as a “non-stop joy ride”.

Prior to their February debut, Dance Informa caught up with the pair to discuss how Tannos + Choice came about.

We’re excited to see your first live performance this month. Can you tell us what we can expect from the show?

Stephen
I think the main thing we hope you go away with after seeing our show, is a sense of empowerment and inspiration. You should expect a few surprise cameos and appearances, as well as a soundtrack that will blow your mind. Along with that, you should expect to see Morgan and my favourite dancers in the country kill it!

You have been likened to American power couple Napoleon and Tabitha. How does it feel to be compared to such icons?

Does Tannos + Choice seem like a natural progression? Has this always been something you have worked towards?

Stephen
I’ve always had a passion for choreography and knew that I had a point of view I wanted to voice. However, this was something I used to do by myself. After Morgan and I became a couple, it seemed like a natural progression to bring the two of us together as one force. It was not an easy thing to convince Morgan to get into this with me. She claimed she was “just a jazz dancer” and had no choreographic ability, which I told her was ridiculous!

Marko Panzic is producing the show. He seems to be on fire at the moment. How thrilled are you to be working alongside him?

Stephen
When Marko approached the two of us about his idea of producing a show for us, we were truly overwhelmed. Marko is an ‘ideas man’ and a huge inspiration to both of us. The fact that he wants to put this much time, money and effort into this project, is such a beautiful thing. Marko is producing and co-directing, and has so far put in a huge amount of input. Morgan and I really take in every single piece of advice he gives us creatively, and apply it the best way possible. Together the three of us can put on an amazing production, I’m sure of it!

Have you already received great feedback and support from your peers?

Morgan
Stephen and I have received phenomenal feedback and support not just from our peers in Australia, but all over the world. We are so grateful that people are respecting and appreciating the work we are producing. It was always a risk to try to create movement that is not commercial and a bit ‘left of field’. We are so happy we have been accepted.

What do you think makes a great choreographer?

Morgan
I think it’s being able to relate to your audience on a personal level. It is creating movement that people are going to watch and feel emotion. I respect choreographers that can make me feel happiness and joy, but I also love dancing something that makes me feel uncomfortable and sometimes sad. I feel like it makes you grow not just as a performer but also as a person. There are many choreographers that inspire me such as Wade Robson, Kelley Abbey, Jason Gilkison, Tony Czar and Erica Sobol. They have always been major inspirations to me, mainly because they are all so different yet still manage to let me connect and relate to what I’m dancing.

Why do you think the two of you work so well together as choreographers?

Morgan
Stephen and I have gradually found our niche when working together. We are both comfortable in what we excel at most, so now when we are creating we can produce better work. When working with someone so close, it takes time to figure each other out. You disagree and things can be hard, but you always get through it in the end.

Stephen
We make up for each other’s weaknesses and we have the ability to finish each other’s sentences creatively. We have strengths in opposite areas. My strength is finding music and creating visions, whereas Morgan’s is in translating those things into beautiful and expressive movement.

You can catch Tannos + Choice on February 22-24 at the Parade Playhouse in Sydney. Visit Ticketek for tickets.