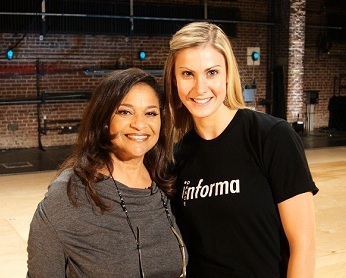 US dance icon Debbie Allen is one of the most respected talents in the entertainment industry. With 3 Emmy Awards for choreography, Debbie is internationally recognized as a director, choreographer and author and is currently the Director for television drama Grey’s Anatomy (which she has also starred in). She is well known for her role in the hit television series  FAME, winning two Emmys and one Golden Globe for her work. Her dancing, choreography and directing credits across television, film, stage and Broadway are numerous and enviable, yet she continues to inspire dancers at all levels of training at her prestigious dance studio – The Debbie Allen Dance Academy in Los Angeles.

In an exclusive US interview, Dance Informa spoke with Debbie Allen in early January about the world premiere she is developing for this year’s Brisbane Festival.