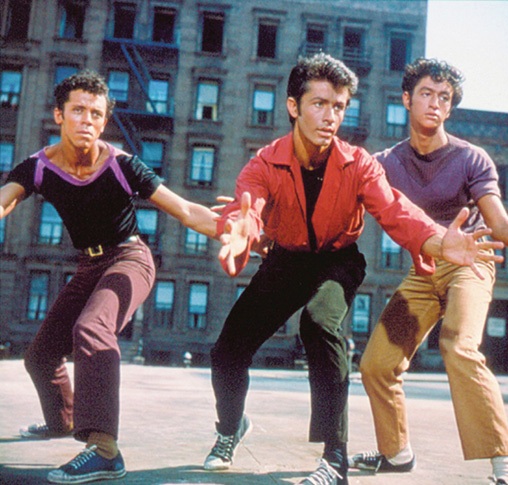 West Side Story with the Sydney Symphony Orchestra

The iconic film West Side Story, with its musical interpretation of Shakespeare’s Romeo and Juliet, is seen as one of the greatest film musicals, winning an unsurpassed 10 Academy awards in 1961.  Central to the film’s success is the interplay of Leonard Bernstein’s music and the brilliance of Jerome Robbins’ choreography.

In an attempt to highlight these two elements, West Side Story was screened to the live music of the Sydney Symphony Orchestra this Sydney Festival. It was a collaboration which drew attention to the film’s musical vibrancy and conveyed an immediacy that can seem lacking in the film.

Part of the collaborative process required the original film to undergo technological surgery, digitally deleting the musical score whilst retaining the singing and speaking voices. Ensuring success would demand perfect synchronisation of the present music and past film. The Sydney Symphony Orchestra, led by Hollywood’s David Newman, achieved this feat whilst interpreting the music.  Newman recognised the risks involved, “You feel like you are on a tightrope going step by step from A to B to C to D.”

Emerging in the Sydney Opera House Concert hall was the vividness of the score and an appreciation of the musicians’ performances as one could hear and see them toiling onstage to give life to the musical.  A disconcerting aspect was the feeling that the orchestra could reach across time and space to cue the actors to their present performance.

But while we can say that Bernstein’s score benefited from this deconstruction and reconstruction how did Robbins’ choreography fare?

Remastering the score drew our attention to Jerome Robbins’ continuing relevance to a new generation of dancers and audience. Robbins’ capacity to convey an emerging urban energy through combining the discipline of ballet with the social and racial tensions of a modern city underlines the film’s iconic dance scenes.  There is no mistaking Robbins’ influence in such movies as The Warriors and the music video of Michael Jackson’s Beat it which strongly quote Robbins’ vision of urban America.

West Side Story also highlights Robbins’ ability to bring a classical ballet sensibility to the production, freeing it from the usual confines of stage and studio and allowing it to explode and expand onto the streets of New York – a city that he loved.  While other choreographers may be content to convey the city on a stage, Robbins’ determination to place dance squarely in the cityscape resulted in a transformation of the balletic body as it interacts and attempts to circumvent the concrete and steel environment of NYC.

This vision of the street may seem quaint and somewhat at odds with our contemporary sensibility, but with West Side Story we have the opportunity to experience one of the earlier versions of street dance.  Dances such as Cool are capable of capturing all the tension of territorial urban posturing and yet remain unencumbered by the earthbound, technologically distracted manner of much contemporary dance.  The raw energy of the urban street conveyed in Robbins’ choreography is in many ways purer in its roots to classical dance and also much more innocent in its vision.

The film’s costumes and general aesthetic is saturated with the American pop culture that reflected the country’s post-war prosperity of the 1950’s. It suggests a time when the dance world was more integrated and reflective of the wider cultural atmosphere. West Side Story was an opportunity for Robbins to comment on the very real inter-racial gang wars that were ravaging NYC at this time.

From a 21st century perspective that has been saturated with American urban culture in its music, dance and fashion, the movie’s innocence can seem out of touch and jarring to younger generations. Particularly the almost all white “Caribbean” cast with their fake tans.  One also gets the impression that Robbins’ interpretation of Puerto Rican street dance is closer to a Spanish interpretation of the ballet Carmen rather than Afro-Latin folkloric forms that rule the streets.

Nevertheless this retrospective exercise, with its combination of resonating energy and synchronisation, allowed the audience to suspend disbelief and be transported back in time to experience Bernstein and Robbins afresh. The synergy of past and present masters enthralled and inspired.