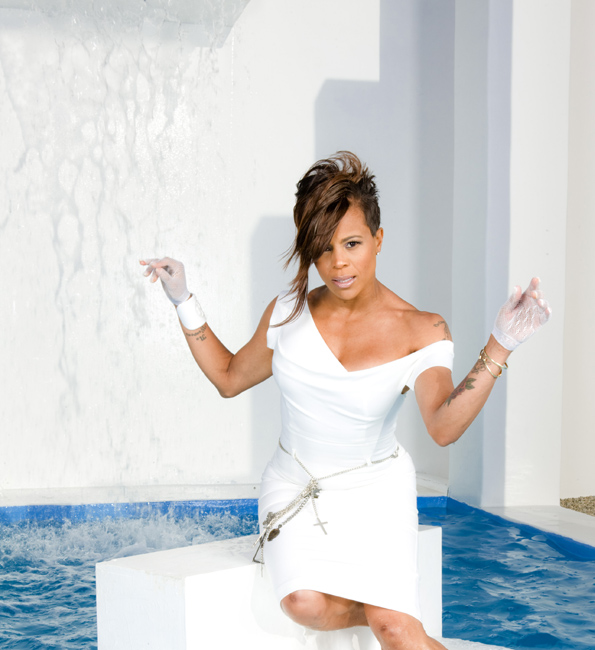 LaurieAnn Gibson has choreographed for almost every major superstar in today’s industry, including Beyonce, Michael Jackson, Alicia Keys, Puff Daddy, Missy Elliott and Lady Gaga. She not only starred in the feature film Honey, alongside Jessica Alba, but was also the film’s choreographer. She has created for commercials, television, film, and arena tours and is about to start filming on a new television series of her own, along with her work on shows like Making the Band and SYTYCD.

Deborah Searle shared a few moments with Gibson, after taking her class at The Pulse On Tour.

LaurieAnn is a star, with an incredible list of career achievements. But does she have a career highlight? “Everything has been a highlight because everything has evolved”, she said. “But I think right now I’m really excited about the Lady Gaga Monster Ball that I creative directed and choreographed. She’s got eleven dancers. I knew Gaga before she came out and she’s developed more as a dancer, with that mindset. So the dance on the tour is just amazing.”
So underneath the crazy costumes and outlandish performances, what is Gaga really like? “She’s funny, she’s great”, laughed LaurieAnn. “She’s like a dancer, she’s one of us.”

As she has danced and choreographed for television, film and the stage I asked LaurieAnn if she had a favourite performance platform. “I love it all, but I love the lights of stage, the arena tours, the live action”, she shared. But does she prefer to perform, choreograph or teach? “I love to perform. I’m a dancer in my heart and soul. I can’t fight that feeling. But I love everything. I respect the teaching part of it, I am still evolving that because I am a working choreographer and I only teach at The Pulse. I’ve never taught prior to that really. I have a lot of respect for dance teachers. I don’t ultimately know if that’s my calling, but I enjoy it. I teach in another way, I teach my dancers that I work with. I work them very hard”, she explained.

So what does she want to share with the young dancers she teaches at The Pulse? “I think for me it’s encouraging them and building their love of dance, more than beating them down about a step. They get us for such a short period of time, so I try to infuse them with the movement that could unlock their confidence, the spirit of dance and the feeling of dance. That’s my mantra, that’s what I’m really about, the feeling of dance.” 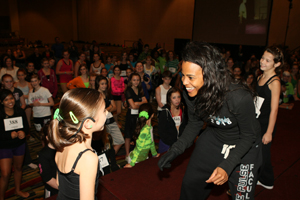 LaurieAnn teaches at The Pulse

So where did it all begin for LaurieAnn? “I honestly believe with all of my heart that I was called to be a dancer”, she expressed. “I think it happened in the heavenly realms. My Mum put my two older sisters in dance class and they rejected it, so she never put me in as she never wanted to force us. I asked to dance.”

LaurieAnn then went on to train at Alvin Ailey American Dance Theater. “I was born in Toronto Canada and I was studying at the National Ballet of Canada. When I was 14 I saw Alvin Ailey at the O’Keefe Center. I had been studying dance, and there were all the white girls in the class (not that that mattered), but it was the first time that I saw black girls on pointe and they looked like me. They danced with an intensity and a soulfulness that I wasn’t getting. I told my mother that I wanted to go there. So we found out that they had a school. When I was 16 I took a Greyhound bus to New York to study at Ailey.” At a young age that was a big move for LaurieAnn. “It was terrifying, but I just wanted to dance. My mother and father were terrified, but I was like ‘I want to be a dancer’”, she expressed.

Training at a modern dance institution, how did she get into hip hop? “I started hip hop as a sort of side bar. I was at Ailey studying and I was in the second company. I learnt all the repertoire and I realized that there was something more that was going on inside of me. As much as I loved doing company work, I had this thing where I didn’t want to have to conform to the character that was required in each piece every day. I respected it so much, but I felt like there was something else. Then I went to a Mary J Blige audition and I found so much freedom in the hip hop. That’s what attracted me to that stage of my dance career.”

Having such formal training, how has this impacted her choreography and style? “My training is everything”, she said. “In the hip hop world people probably criticize and call me 60% technique and 40% street. I’ve battled in many circles but my style is definitely technically based. It has the feel of hip hop, but it’s very challenging for the street dancer as it elevates hip hop. I think that’s what I am ultimately crafting and creating. Hip hop is a feeling and there is still a level of technique, I think, that should be required”, she explained. 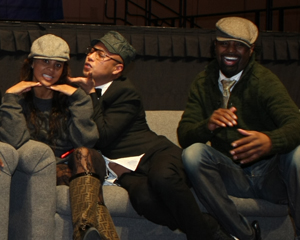 LaurieAnn at The Pulse with Gil Duldulao & Dave Scott

So where does she get her ideas and inspirations from? “It’s funny because it has everything to do with my faith. God works through my dreams, he gives me the visions, he speaks to me, he shows me. I see it first and then I begin about the journey to create. Music is the other thing, that in tandem, works with my gift. It speaks to me and tells me what to do where. The music has the other element, the balance for me”, she explained.

So what advice does she have for aspiring choreographers? “Make sure you have the gift in all honesty, and not just the ability to put steps together. Make sure it’s a calling, that it’s that uncomfortable feeling to create something new and that you’re not imitating. Make sure you know that it’s what you’re called to do”, she advised.

With a new television show about to begin I asked LaurieAnn about her current projects. “I just did Alicia Key’s new tour, which was amazing and I’ve got Puff Daddy coming out again”, she shared. “I have my own show coming out that we’re really happy about. It is almost like America’s Next Top Model. It’s called Boom Kack.”

But what is the Boom Kack about? “I am going to take about 15 girls and find the next professional female dancer”, she explained. “I’ll train them, infuse them with what I feel are things that no-none told me, build their spirits, develop their technique and give them as much as I can in six weeks. The winner gets $85,000, an agent, a placement in a video and to work with Gaga.”

So what advice does she have for the young dance hopefuls? “It sounds like a cliché, but I would honestly say to believe in yourself against all odds. When it feels like you just can’t make it or that you’re just not good enough, that’s just not true, it’s just about believing at all times. If that’s what you really want, you can make it.”

Photos: Courtesy of The Pulse. Top photo by Voyeur Photography.