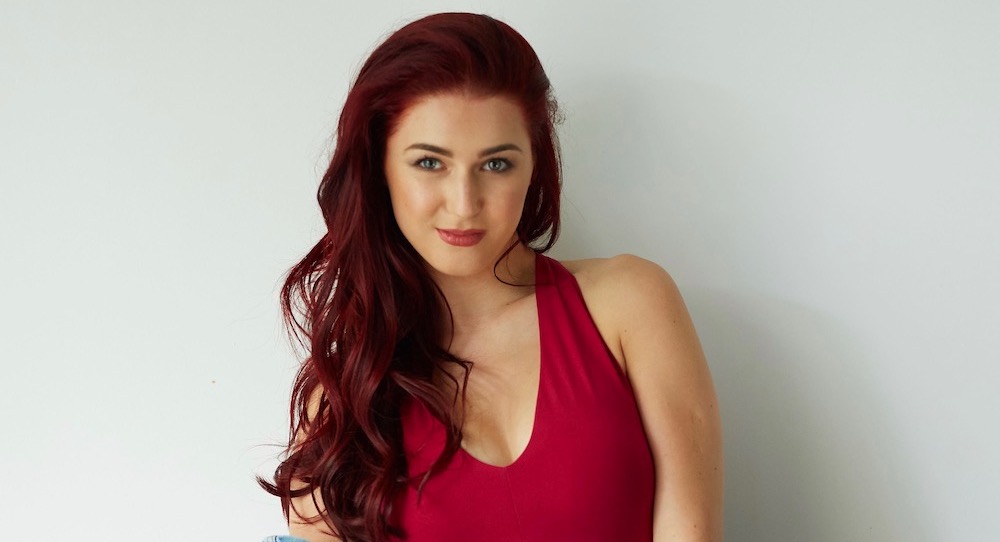 It is mesmerizing to watch the well-oiled machines that are dancers. From young ages, they are taught to use their body in ways unimaginable to create the art that is dance. Just as a machine must be molded to do the job it is meant to achieve, dancers go through that same process of training to make sure that they can do their best work. For Angelika Zueva, she was equipped for dancing at a young age, and it was something that stuck with her through adulthood. She tells Dance Informa about her experiences in dance training and how it sparked a flourishing career which started in New Zealand.

“From a younger age, I loved dancing and knew I wanted to be a performer,” Zueva shares. “The turning point for me was working with Rina Chae, director of the Street Candee Dance Company. I met her and started working with her doing a mentorship program.” 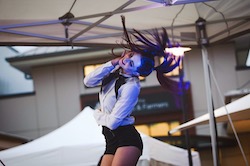 As an original member of the Street Candee Dance Company, a commercial dance company in New Zealand, Zueva dove into the world of commercial dancing, which would turn out to be a beautiful journey. As an advocate for female empowerment, as well as being a high-profile choreographer to household names including Beyoncé, Chris Brown and Ne-Yo, Chae took Zueva under her wing. Through Chae, Zueva says she was always challenged, not only in her dancing but also with learning the history of dance, which added to her development overall. With this amazing training from Chae came even greater opportunities that Zueva could not have imagined.

She says, “I was a lead dancer at the Coca Cola Christmas in the Park, New Zealand’s largest live music event of the year, where I got to perform for a crowd of over 250,00 people which was broadcasted on national TV. I was also a lead dancer at New Zealand’s premier cabaret show, Encore,  and have performed with them in New Zealand as well as the Cook Islands.”

Because there is a relatively small dance industry in New Zealand, Zueva says that everyone worked together, trained together and had people come directly to have choreographic works set on them. The K-Pop scene, which has gained momentum and popularity over the years, was something that Zueva was exposed to as well while still in New Zealand. Along with Street Candee Dance Company, Zueva had the chance to work on various K-Pop jobs such as K-Pop Showdown, New Zealand’s biggest live K-Pop event, and also was involved in choreography submissions for K-Pop artists including STEPHANIE and WJSN (Cosmic Girls) to use in their music videos and live performances. With these performance opportunities and more under her belt in New Zealand, Zueva was ready to take the next big leap in her dance career — moving the U.S. to further pursue her dreams of performing.

“Moving to L.A. was completely brand new for me,” Zueva reveals. ”I had packed up my whole life and moving somewhere I had never been before in hopes of being recognized. I realised it is something I can actually do, and within my first month of being in L.A., I signed with The Movement Talent Agency.”

With this leap of faith, Zueva set off to take class from the best of the best and build her dance career in the states. Along the way, she had the pleasure of working with King Chris, who works under Laurieann Gibson. Zueva was building her network and making connections with some of the greatest in the dance arena. Although the momentum built up quickly as she began getting settled into her new life in the states, just four months into her big move, she hit a snag that dancers fear more than anything: injury.

Zueva explains, “During one of the classes I was taking, I tore my ACL. I eventually had to have surgery, which meant I would spend nine to 12 months not dancing. My immediate thought is I did not want to go home, so I reached out to Chris. I was fortunate enough to be signed to an agency before I got injured, but I wanted to be able to stay involved with dance in some way.” 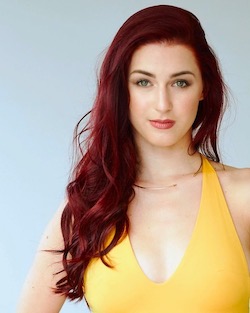 With no intention of going anywhere, Zueva invested in Chris and became a personal assistant to him working on PR and admin work to contribute. Although she knew she would not be able to dance physically, Chris used Zueva as a body for his choreographic works and allowed her to assist in workshopping stages of various projects. Of these projects, the biggest that Zueva assisted with included, but were not limited to, The Four: Battle to Stardom, Soul Train Awards (Koran Hawthorne’s performance), Teen Choice Awards (Evvie McKinney’s performance) and the iHeart Radio Festival (Evvie McKinney’s performance). This was Zueva’s way of staying involved and immersed in the world that she loved from such a young age in spite of her injury, and it was possible because of the working relationship she had fostered with Chris.

“He trusted me even though I was not at 100 percent, and you don’t get that very often,” Zueva says. “I believe in what Chris does, and he is such a great energy to feed off of. He helped me stay on track and always reminded me to ‘trust my gift’, which is a constant message. Chris made me more confident in assisting him, and there is no way I would have thought I’d be able to do that, especially being injured.”

Although she is still not fully recovered, Zueva is focusing on longevity and getting back to her best self for the time being. Now that she is back in New Zealand, and finishing up her recovery stage, she is continuing to keep in contact with Chris and is looking forward to future endeavors once she is back to dancing. Performing is of course at the top of the list of Zueva’s goals, as well as touring with an artist and performing in front of a live audience. With these goals in mind, Zueva is secure in knowing that there is a reason for everything that has occurred in her journey thus far.

For those who may have dreams of pursuing the track of commercial dancing, she advises, “Find out why you want to do what you’re doing. The sooner you realize it, you will distinguish it better. It is not about the instant fame. Learn from and train with the ‘O.G.’s’, not necessarily the ones with the most followers, and the confidence will come. Most importantly, trust in your training and what you’re doing.”

By Monique George of Dance Informa.