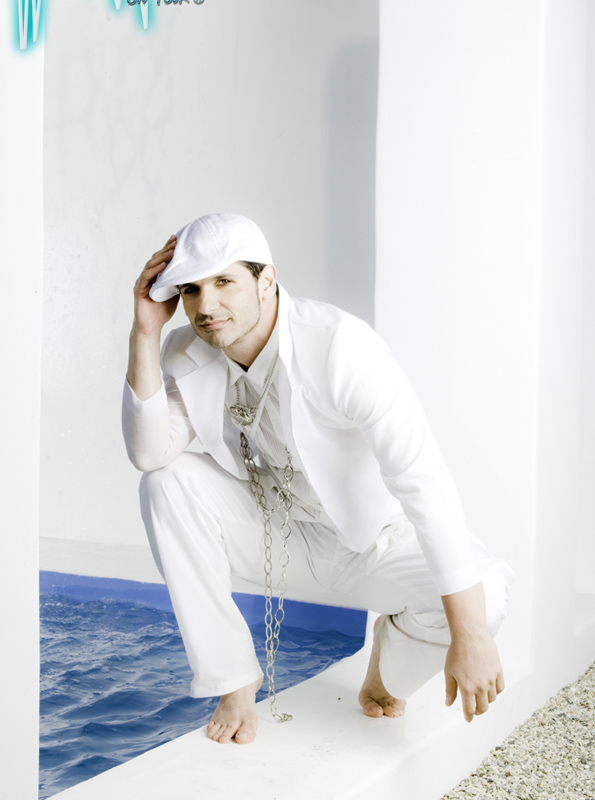 Tyce Diorio is a star of the stage and screen with an amazing list of dance credits. As he prepared for his Australian visit, to choreograph for SYTYCD, Dance Informa’s Deborah Searle spoke with Tyce about his career, his inspirations and aspirations.

With such artistic achievements, I asked Tyce about his dance background. Where did it all begin?” I trained in New York city at the High School of Performing Arts, the school that FAME is based on”, he shared. “I trained in modern, jazz and ballet. I also trained in Los Angeles as well – both the leading dance capitals of the world. I was very fortunate.”

I was curious as to why he started dancing. “My cousin acted on Broadway and in television and film and introduced me to my first dance teachers. Then I studied ballroom first, then ballet, African, modern and tap. I had a really versatile studio that I went to”, he revealed.  So how did this broad training develop his dance passion? “You’re so well versed in so many different things that you start to have all these influences musically, stylistically and culturally. It kept my mind working really fast”, he said.

With not only skills in dance and choreography, but in music and acting also, Tyce Diorio is an accomplished triple threat. “I sing, I act, I choreograph and I dance. It was my goal in life to be able to have all that background. I sing equally as well as I dance. And I think the acting comes with the dancing, so you have to be well skilled in that department”, he advised. 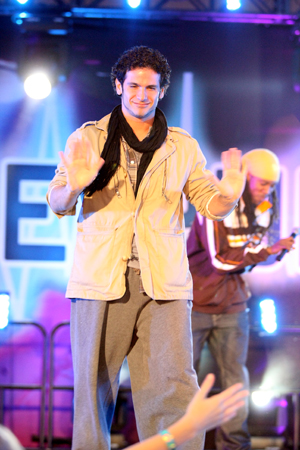 So how did he get his big break? “I was on a show called Star Search which is sort of like what SYTYCD is now for dancers, but back in ‘88. I was a teenager and I won the grand prize as a soloist with a perfect four star rating every week. Paula Abdul was one of the judges and she saw me. I moved to California and jumped on a world tour with her. It was my first huge job. I had done commercials prior to that”, he explained. And it all started from there. “It was just like a snow ball effect. Then I met Janet Jackson and life really began.”

More recently we have been enjoying his work on the US series of SYTYCD. I asked Tyce about his experiences with the hit television show.  “I am enjoying it. It’s been such a great journey/evolution for me. I won an Emmy Award which is thrilling. Just the whole experience has been a much awaited thing for dancers and dance since the ‘90s. So now it’s here and I’m just capitalising and riding that wave, because it’s here for a moment and then we’ll move into another faze at some point. But it’s been incredible”, he shared.  So how does he enjoy working with the team? “Nigel Lythgoe and Fox TV have been incredible and so supportive. They give us such freedom and I get to work with amazing peers/choreographers like Sonya Tayeh, Tabitha and Napolean, Wade Robson, Mia Michaels, and the ballroom experts. They are so brilliant. So has he met Australia’s Jason Gilkison? “Of course! He’s one of my favourites. His work is so stellar”, Tyce exclaimed.

SYCTYD is a wonderful experience for Tyce, but he has also enjoyed many other career highlights, noting his role in the Broadway show Fosse as one of those special times. “It was a starring role for me. I replaced one of the greatest modern/contemporary dancers of our time – Desmond Richardson. He’s brilliant.” Dancing with Janet Jackson was also memorable for Tyce. “I danced on a world tour with Janet Jackson, on what I think was her best tour – The Velvet Rope. That was incredibly thrilling”, he said. “Winning the Emmy Award was amazing too.”

Currently Tyce is enjoying working with actress Katie Holmes. “I work very closely with Katie Holmes – getting to direct, conceive, conceptualise and choreograph a piece for her – an old Hollywood piece called ‘Get Happy.’”

Having performed on stage, television and film, I asked Tyce if he had a favourite performance medium. “I love television because people have to get invested quickly and it’s theatrical, yet it’s also commercial and it’s sexy. The whole world gets to experience it”, he answered.

So what inspires him to create such amazing work wherever it’s presented? “The music, life and people watching”, he revealed. “You watch the way people move and the way they stop, think and feel. Humanity in general inspires me.” Tyce is also inspired by other artists. “Dancers obviously inspire me; their individuality and their take on certain people’s choreography. Other choreographers inspire me too, as well as movies, art, New York City, Europe, Japan…. so many different things can inspire you I think. You pull from so many places.”

So where will we see Tyce’s work in the future? “I have an animated film coming out called ‘Dorothy of Oz’ and I worked on an episode of Drop Dead Diva”, he disclosed.  But if there was one more thing he could create, what would it be? “I think that I would like to probably have my own one man show that I direct, conceive and choreograph. I don’t know? Maybe it turns into a book, movie or a television show”. So would he act, dance and sing? “Everything” he exclaimed!

Photos: Courtesy of The Pulse. Top photo by Voyeur Photography.