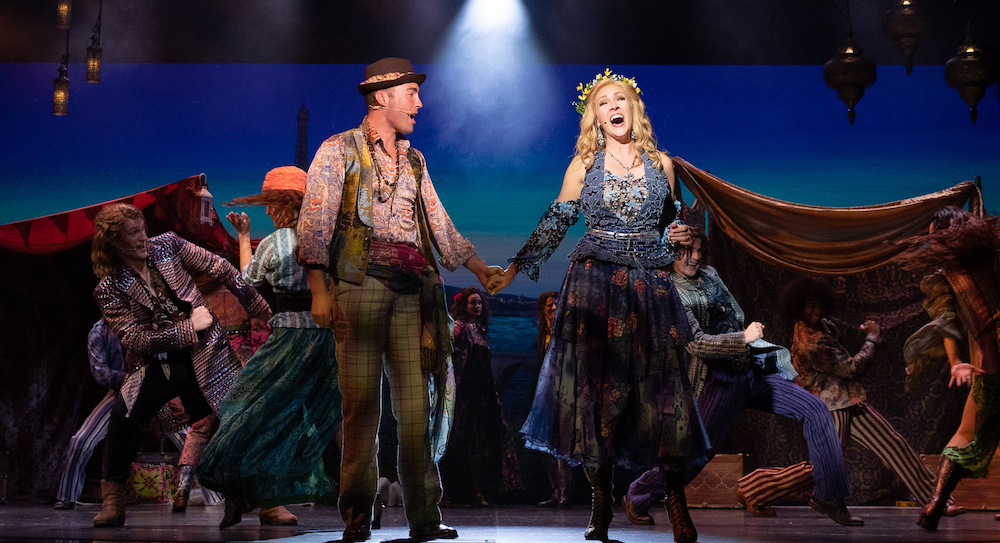 For thousands of Regent Seven Seas Cruises crew members, the return to sail was awaited with great excitement, each relaunch suggesting another step back to normalcy. Excitement was met with trepidation for many because the world had changed whether we wanted to believe it or not. And in the world of cruising, change is now almost a daily occurrence as staff keeps seafarers’ health and safety at the forefront of our mission.

Regent Seven Seas Cruises’ theatrical entertainers started rehearsals in early June 2021, at the Creative Studios by NCLH in Tampa, FL. Despite pre-employment Zoom meetings, there were still many unknowns.

“The performers understandably had many questions about what ship life would be like, and the truth is we couldn’t be sure,” remembers Regent Seven Seas Cruises Theatrical Artistic Director Kai Carrier. “COVID regulations vary from port to port and are constantly changing. What we do know is that our commitment to delight and enchant our audiences has never been stronger. I wanted to commit to focusing our vision on elevating the shows even higher than they had been pre-pandemic. That was the one thing in our control.”

Similarly, vocalist Katie O’Brien made a personal commitment early on when she accepted her contract aboard Seven Seas Splendor. A veteran who has performed on all Regent ships (except Seven Seas Voyager), O’Brien was keen to get back on stage and jumped at the chance to perform on the brand’s first relaunch. Knowing that uncertainties were inevitable, O’Brien set her goal to run the Rock ‘N’ Roll Arizona Marathon on January 16, the day after her contract ended. That meant that all O’Brien’s training had to occur during her contract. Regardless of the weather, regardless of shore leave or port restrictions, O’Brien pledged to run an average of 30-35 miles per week on board in order to be ready for 26.2 miles at the end of her contract.

“I had committed to the company to be ready to perform to the same standards as two years ago,” she says. “And I knew that a personal fitness goal would also help support that commitment.”

An experienced runner, O’Brien remembers past fitness training while performing for Regent Seven Seas Cruises in Stockholm, Sydney, and Kotor with stunning backdrops (you really get to see destinations differently when you’re moving at your own fast pace), but this time had to deal with the hot Caribbean sun as a training companion.

“I did almost all of my training runs before sunrise on the jogging track to beat the heat and island sun. Getting out of bed that early, especially after shows, was hard enough, but what I didn’t account for as a challenge was morning dew on the deck…plus the wind. I would go on the treadmill if it got too intense, but I really don’t like treadmills; they don’t properly prepare you to run that far on land. When shore leave restrictions allowed, I ended up doing many of the long runs outside – sometimes with guests who would cheer me on!”

Seven Seas Splendor’s shows Bohemian Soul and the stunning Diamond Run are the most technically advanced the fleet has to offer, and the fast pace and quick costume changes mean that each performance can feel like a marathon.

“Running improves not only my physical endurance on stage, but it also makes the big money notes so much more powerful!” O’Brien shares. “Long notes that I might have worried about in rehearsal became more manageable as my breath support and lung capacity changed.”

After six months, O’Brien bid farewell to Seven Seas Splendor and debarked in the Dominican Republic on January 15.

“Two flights went miraculously as planned, and 13 hours later, I was in Phoenix,” she says. “My mom had picked up my race bib, bought groceries and even cooked me a pasta dinner to scarf down when I got home.”

The starter pistol went off at 8am the next morning, and O’Brien was ready.

“I made it! I was absolutely ecstatic! It was strange and shocking to be in a crowd of people for the first time in six months, but running on land again where it was dry and cool was amazing. I sent and received voice messages from my Regent family throughout the race as they tracked my progress on board. The best part was that my brother and niece flew in from Las Vegas to surprise me on the course. I hadn’t seen them in seven months, and it was absolutely the biggest surprise of my life. I’d missed them so much. FaceTime will never be as great as an in-person hug.”

Despite the hours of training, O’Brien ran into some physical problems and had to walk the last 30 minutes, but thousands of miles from where her training had begun in Civitavecchia, Italy, O’Brien crossed the finish line in Arizona with her first post-pandemic fitness achievement under her belt.

“I did what I set out to do: successfully trained for and finished a marathon during my Seven Seas Splendor contract,” she says. “I thought a lot about all the people who made it possible to be there, so I had to finish! It felt like an appropriate metaphor for the contract that even when it’s tough, we can push through it and achieve new goals.”

Never one to slow down, O’Brien headed back to Creative Studios in Tampa, at the end of January to join rehearsals for Seven Seas Explorer‘s program.

When asked by her new cast members about how to stay sane during times of uncertainty, O’Brien would respond, “My biggest advice is to make fitness part of your schedule as much as possible. I write it on my daily calendar once I see the tech schedule. Also, consistency is key. Just get out there and walk or stretch. Just go. Find an accountability buddy if you can. You’re way less likely to flake if someone is counting on you. Then it’s fun, social and super productive. Last contract, I worked out with the singer from our musical duo, Kasia, and we really supported each other.”

As far as fitness goals for the spring/summer Explorer contract, O’Brien is yet to confirm. “I’m just so excited to be back on my favorite ship rehearsing these beautiful shows. I honestly think that I would perform the Explorer’s hit, Paradis, every day of my life if I could.”

Creative Studios by Norwegian Cruise Line Holdings will be at Victorian Dance Festival (VDF) this April to audition for cruise contracts! Don’t miss the opportunity. More information can be found at www.vdf.com.au/norwegian.