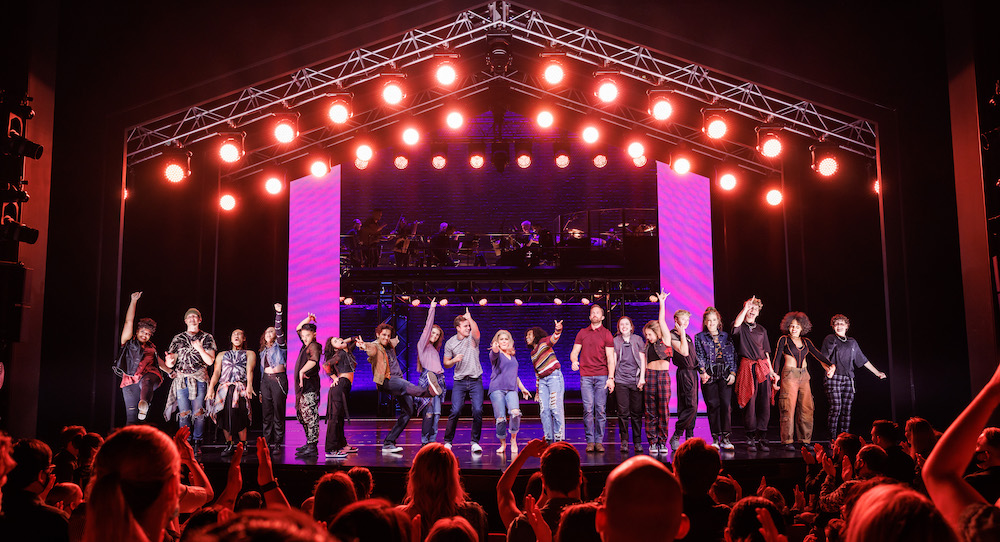 The production’s premiere season of only two-and-a-half weeks opened the newly refurbished Theatre Royal Sydney in December 2021, to sold out audiences, standing ovations and outstanding reviews before continuing a smash hit run at Melbourne’s Comedy Theatre.

Fresh from confirming a return to Neighbours, hosting ABC’s brand-new doco series Space 22 and appearing in Baz Luhrmann’s Elvis, multi award winner Natalie Bassingthwaighte and her fellow cast members return to Theatre Royal Sydney in just seven weeks. Alongside them, after her critically acclaimed portrayal of Christine in the recent production Handa Opera on Sydney Harbour’s Phantom of the Opera, Georgina Hopson will return to Jagged Little Pill playing the lead role of Mary Jane Healy at selected performances.

“I am thrilled for us to return to Theatre Royal Sydney with this show after our short premiere season last year,” said Bassingthwaighte. “Jagged Little Pill is such a special show and tells a story that needs to be told for so many reasons. I hope the story of the Healys inspires people within their own lives to find peace and ultimately joy in every day. I will be juggling working in Sydney with my family time back home, so I am beyond excited to welcome Georgina back to the cast playing MJ when I will be at home being mum. She is truly phenomenal, and I’m proud to share MJ with her.”

Hopson said on her return, ‘I am beyond excited to be returning to Jagged Little Pill as the MJ alternate. It really feels like I’ll be coming home to the family! Being part of this show is a gift and has already taught me so much about myself, so to have the opportunity to explore the story as MJ will be so rewarding. Also, to be working alongside Nat Bass is such a joy; she is the most generous human, a compassionate leader and a powerhouse performer. To share the role with such an icon of the Australian industry is an honour and a privilege to say the least. I’m absolutely stoked.’

The Australian cast of Jagged Little Pill earnt much-deserved standing ovations and praise night after night throughout their debut Sydney and Melbourne seasons. Bassingthwaighte and Hopson star alongside critically acclaimed film, TV and stage actor and recording artist Tim Draxl as Steve Healy. Having made her musical theatre debut in this production, Emily Nkomo is Frankie Healy, Queensland Conservatorium of Music graduate Liam Head stars as Nick Healy. Bringing the audience to their feet mid show, Maggie McKenna stars as Jo, and emerging stage and theatre performer Grace Miell plays Bella. New casting for the role of Phoenix will be announced soon.

Inspired by the seminal rock album of the same name by seven-time Grammy Award winner Alanis Morissette, Jagged Little Pill is an “electrifying, visceral and stunning” (The Hollywood Reporter) new musical with an original story about a perfectly imperfect American family, written by Tony and Academy Award-winner Diablo Cody (Juno, Tully). Ignited by Morissette’s groundbreaking lyrics and music – from beloved hits such as “You Oughta Know,” “Head Over Feet,” “Hand In My Pocket” and “Ironic”, to brand new songs written for the show – Jagged Little Pill is directed by Tony Award winner Diane Paulus (Waitress, Pippin). Through explosive choreography by Tony Award nominee and frequent Beyoncé collaborator Sidi Larbi Cherkaoui (“Apesh*t”; “Love Drought/Sandcastles” Live at The Grammys), and the raw power of an onstage band under the Musical Supervision, Orchestrations and Arrangements of Grammy, Tony and Pulitzer Prize winner Tom Kitt (Next to Normal, American Idiot), this emphatic new musical creates a spellbinding experience that “vaults the screaming audience to its collective feet” (The Guardian).

The story of Jagged Little Pill centres around the Healys, a seemingly perfect suburban family striving to hide the cracks beneath the surface when a troubling event shakes their community. Driven by the themes and emotions of the original album, the musical embraces today’s powerful social voice and burns with passion in its uplifting storytelling, ultimately highlighting the hope and healing that comes when people come together.

Released on June 13, 1995, the tremendous success of Morissette’s album, Jagged Little Pill, skyrocketed her to become the bestselling international debut artist in history, a title she still holds, with the record’s sales reaching 33 million copies worldwide and winning five Grammy Awards. Now, 25 years after its release, Jagged Little Pill continues to be one of the Top 20 Best-Selling Albums of All Time. In Australia, the album has sold in excess of one million albums, is certified 2 x Diamond, spent 10 weeks at #1 and was the highest selling album in 1996. With 10 eclectic and acclaimed albums released over the subsequent years, Morissette’s music has garnered seven Grammy Awards (with 14 nominations), a Golden Globe nomination and total sales of over 60 million albums.

Jagged Little Pill opened on Broadway in December 2019, following its record-breaking, sold-out world premiere at the American Repertory Theater. Fans and critics were unapologetic with their love for the musical, and in 2021, it received a Grammy Award win for the Best Musical Theatre Album released through Atlantic Records and scooped the pool with 15 Tony Award nominations and winning two awards including Best Book of a Musical for Diablo Cody and Best featured Actress in a Musical for Lauren Patten. National tours in the US and UK will embark this September.

The return season of Jagged Little Pill in Sydney is supported by the NSW Government through Create NSW and Destination NSW.