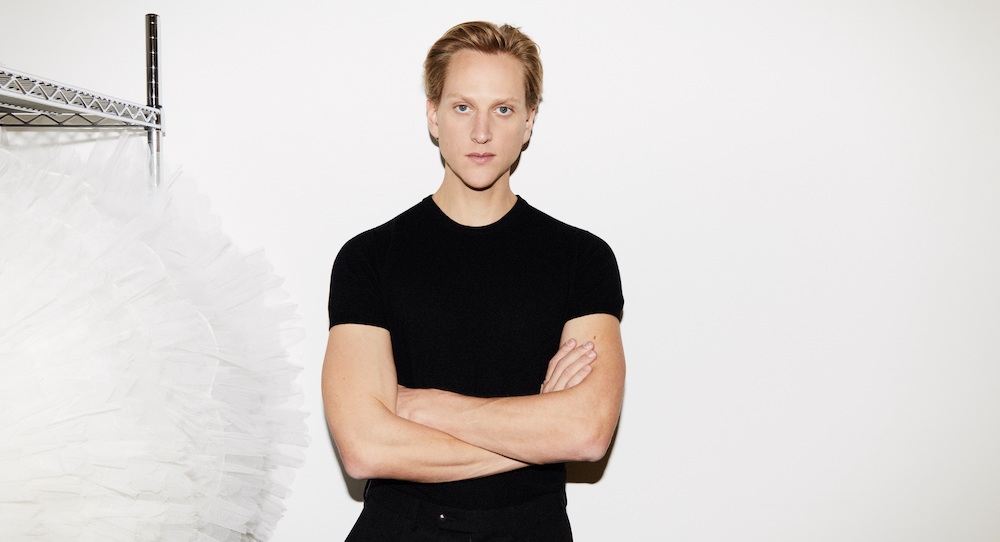 Leaving the global stage for a rehearsal space on the banks of the Yarra was always going to have its moments. It’s just that no one foresaw those moments lasting 20 months.

When South Dakota-born dancer and author David Hallberg flew down to Melbourne to begin life as the eighth artistic director of The Australian Ballet (replacing long-term incumbent David McAllister), he could not have anticipated the long and often interrupted journey back to the stage. Now, in the warm glow of his Season 2022 announcement and the company’s recent Celebration Gala shows, life at the helm of the nation’s principal dance organisation is starting to look more like what he signed up for.

“My first year as AD has just been triaging one thing after another,” he says, looking back. “Lockdowns, postponements, cancellations, keeping the motivation going with the dancers. Just a whole bag of tricks. It was baptism by fire, but I haven’t had time to think twice. So, I haven’t questioned like, ‘Oh, I moved all the way down here and now this is happening,’ and I haven’t regretted taking the job.”

However, since Hallberg joined the company nearly two years ago, the pandemic has not only curtailed the end of his stage career (originally scheduled for Moscow, New York, Milan and London), but it allowed him time to find his feet in a new city and a new life. “I’ve been able to nest, to buy a bicycle to ride to work, and buy groceries; and so that’s been quite fulfilling in a way.”

Indeed, one of the upsides of the enforced hiatus was “not travelling, not getting on a plane, not living out of a suitcase.” Moreover, he was able to deepen his ties to his new hometown. “I was really able to get to the nucleus of the way Melbourne ticks, the way The Australian Ballet ticks.”

Perhaps Hallberg’s equanimity in this instance was due in part to a previous lay-off when a serious ankle injury and foot surgery kept him out of action for many months. (In fact, he spent much of his rehab time doing physio with The Australian Ballet.) “When crisis hits, either in my life or at work, I get very calm and focused,” he explains. “I don’t catastrophise. I roll with the punches. It’s maybe the ancestral Swedish blood in me.”

As we enter 2022, and the company begins to gear up for a return to ‘normal’, Hallberg can now contemplate the preceding months of “completely abandoning or moving commissions or putting off working with choreographers I’ve wanted to” as a blessing in viral disguise.

“One of the silver linings is that I’ve really been able to work with the dancers,” he recalls. “We haven’t had the distraction of performance, and I don’t say distraction in a negative way; but what it means is that we’ve been able to spend a lot of time in the studio and I’ve been able to really iron out, refine and clarify. Really define what I want the company to look like, and what I mean by ‘look like’ is how we dance.”

Having just retired from performing, Hallberg’s eye is both fresh and acutely detailed. His continent-hopping career took him from American Ballet Theatre to being the first American to work with the Bolshoi as a premier dancer. In between, he danced every major work in the classical canon and starred with companies like Mariinsky, Paris Opera Ballet and the Royal Swedish Ballet. All of that experience and the various disciplines it entails have transferred across to his role as AD with The Australian Ballet.

However, the challenge of detail is to be able to see beyond it. For Hallberg, this means resisting the short cut of pigeon-holing dancers. “What I always want to do is to see a dancer through a different lens. That’s why it’s so great when fresh eyes come into the building.”

With the company’s 2022 program ready to roll, its newly installed AD is sensing that his third year down under will be more like what he envisioned when he took the job. “I’m feeling that we’re getting back on track,” he declares. “We’ve had to go through the thick of trial and error with this. Some ways of weathering the pandemic haven’t worked, i.e. lockdown. I say that because of our mental state and how it was affected by lockdowns. But I’m feeling very positive now, and I think that we’ll be able to weather the storm with a greater capacity. So then we can get on with our season.”

The winner of the 2010 Benois de la Danse Prize (for best male dancer) and the author of the acclaimed memoir Body Of Work: Dancing To The Edge and Back is at last ready to take on his latest dance challenge. A survivor of both career threatening injury and momentum killing COVID interruption, Hallberg is clearly primed.

As he says it, “I work in a different time frame now than I did as a dancer, but it’s equally intense. So, like, me time…I’ve never really had that, and I’m fine with that. Me time is my art.”