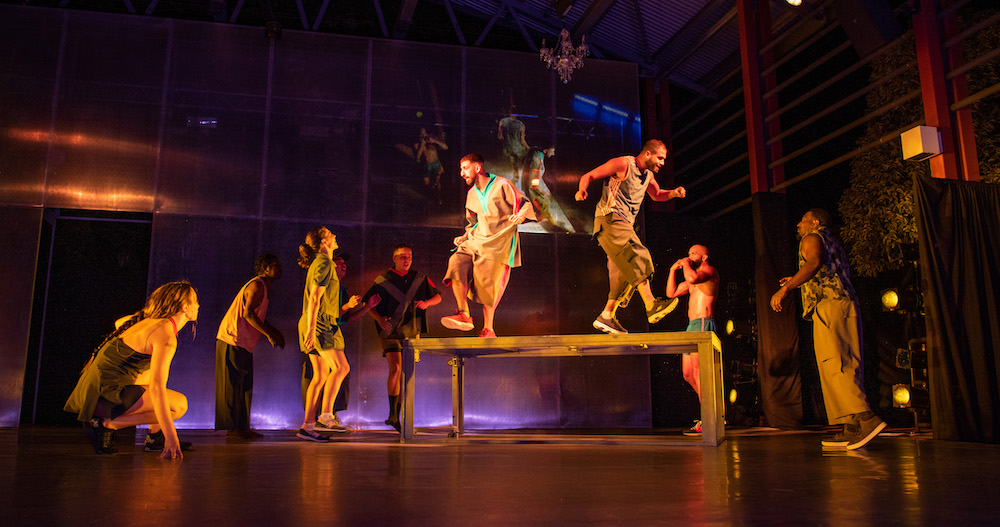 Carriageworks CEO Blair French said, “We are thrilled to welcome Sydney Festival back to Carriageworks in 2022, and are honoured to be presenting important new works spanning visual arts and contemporary dance by some of the most talented artists in the country. We look forward to welcoming audiences onsite at Carriageworks to experience these thoughtful and powerful works. Audiences will be able to experience the works by Dean Cross and Cherine Fahd from today and over the summer, with Karla Dickens’ and Marrugeku’s premieres occurring within Sydney Festival in January 2022.”

In addition to the new works being unveiled in January, Carriageworks will present two major new visual arts installations by celebrated Indigenous artist of Worimi descent Dean Cross and a new video installation by leading photo artist Cherine Fahd. Both exhibitions are now open to the public and run through until 30 January 2022, as part of Sydney Festival.

Fahd’s Ecdysis brings together 44 large-scale video portraits of women of different ages and walks of life, engaged in an act of struggle and surrender with the artist. Icarus, my Son is a semi-autobiographical exhibition byCrossfeaturing new video, sculptural and installation works that investigates ideas of home, ambition, cataclysm and loss.

Icarus, my Son is a semi-autobiographical exhibition, presented by Carriageworks in partnership with Goulburn Regional Art Gallery, that takes inspiration from the ancient Greek tragedy of Icarus and Daedalus and examines themes universal to the experience of those in rural and remote communities who seek to expand their horizons. Featuring new video, sculptural and installation works by Cross, Icarus, my Son investigates ideas of home, ambition, cataclysm and loss.

Icarus, my Son was first staged at Goulburn Regional Art Gallery from 2 July to 28 August 2021 and was commissioned as part of their new biennial award The Good Initiative, of which Cross is the inaugural recipient. The exhibition is curated by Gina Mobayed and Daniel Mudie Cunningham.

Ecdysis is a scientific term describing the process by which reptiles shed their skin to allow for new growth. Cherine Fahd’s video installation brings together forty-four  large-scale video portraits of women of different ages and walks of life, engaged in an act of struggle and surrender with the artist. Luminously projected in a darkened space, the shedding of skin suggested by these portraits raises tensions between control and release, bringing us to the precipice of transformation. Each subject’s performance tells a different story spanning resistance and acceptance, tenderness and strength, authority and vulnerability.

Co-commissioned by resident company Performance Space and Carriageworks, Ecdysis is a powerfully affecting exhibition, inviting us to consider what we are willing to let go of, and what we might become.

Return to Sender is a powerful new large-scale wall assemblage by Wiradjuri artist Karla Dickens. In a show of pride and defiance, the installation presents reworked postcards depicting racist imagery from the turn of last century overlaid with contemporary representations of First Nations Australians. In Dickens’ typical style the work incorporates domestic detritus from rusted corrugated iron to unhoused front fences and decapitated letter boxes. Acknowledging the persistence of racial and sexual violence in contemporary life, Return to Sender is a call for resistance.

Jurrungu Ngan-ga – meaning Straight Talk in Yawuru – is a powerful and provocative new work reflecting on the disproportionate rates of Indigenous Australians in custody and first-hand descriptions of life inside Australia’s immigration detention centres. The multimedia theatre production is inspired by perspectives on incarceration shared by Yawuru leader and Senator for Western Australia Patrick Dodson,one of six commissioners and the only non-lawyer who sat on the Royal Commission into Aboriginal Deaths in Custody. It draws on themes from the acclaimed autobiographical novel No Friend but the Mountains: Writing from Manus Prison (2018) by Kurdish-Iranian journalist and filmmaker Behrouz Boochani. The novel, translated by Iranian Australian philosopher and activist Omid Tofighian from thousands of WhatsApp messages written by Boochani on a smuggled phone, is an account of Boochani’s perilous journey to Christmas Island and his subsequent incarceration in an Australian government immigration detention facility on Manus Island.