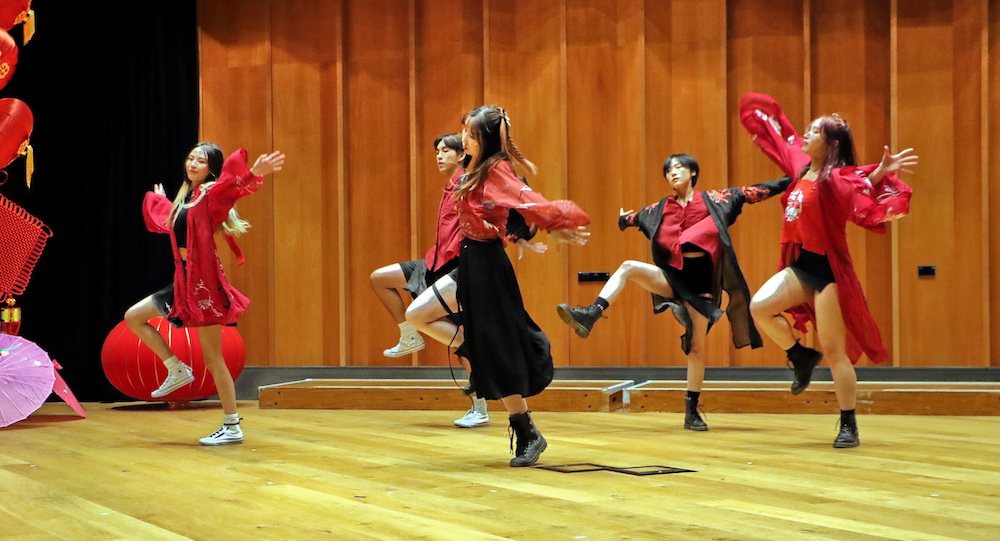 A specially-filmed, multi-camera screening of the Royal New Zealand Ballet’s (RNZB) production of The Firebird by New Zealand choreographer Loughlan Prior – which, until lockdown, was touring the country to huge acclaim – will be available for home streaming from 27 August for an exclusive 10-day period. From 5.00pm on Friday 27 August NZST, people all over the world will have the chance to experience the new production by Prior, RNZB choreographer in residence and multi award-winning choreographer for stage and screen; with set and costumes by the hugely-regarded designer Tracy Grant Lord; lighting by Jon Buswell; and special effects by POW Studios. Prior says, “The Firebird draws on the beauty of the earth at its most elemental, the vastness of the cosmos and the impact – both good and evil – of humans on our precious world. While we are devastated to have had to cancel some performances, it is exciting to have this opportunity to share such a new creation with audiences around Aotearoa, including those who may have just seen one of our onstage performances in recent weeks.” The special broadcast of The Firebird is available via Tikstream. For more information, visit rnzb.org.nz/shows/the-firebird-live-in-your-living-room.

As The New Zealand School of Dance (NZSD) works to confront the challenges presented by the Delta variant of COVID-19, its building Te Whaea remains closed under the Level 4 requirements. Due to this, the School has transitioned all of its face-to-face teaching to an e-learning environment. Recently, the NZSD celebrated former director Anne Rowse’s 90th birthday. The culmination of the event was Rowse, surrounded by former students, colleagues, friends and whānau, receiving the President’s Award from the Royal Academy of Dance. NZSD Director Garry Trinder will once again be one of the international jurors at this year’s International Ballet Grand Prix Singapore (IBGPS), which is taking place this September. Due to the ongoing challenges of COVID-19, the IBGPS competition has moved online.

Touch Compass will celebrate its 25th anniversary on 14 September with performing arts festival /rītaha/, featuring digital works, tactile installations, improvised and choreographed dance, innovative theatre, and thrilling aerial performance. The festival will include new work from the multi-award winning artists Lusi Faiva, Rodney Bell and Suzanne Cowan, as well as many other fantastic established and emerging artists. /rītaha/ aims to honour accessibility as well as art. The event will have sign language interpretation, live audio description through headsets, theatre performance incorporating audio description into the script, braille programs for a seated theatre piece, accessible signage, haptic elements, a quiet breakout space and gender neutral toilets. And to ensure everyone can access the event, /rītaha/ will be free/pay-what-you-can. General Manager of Touch Compass Jon Tamihere-Kemeys says, “It’s an exciting opportunity to reconnect the whānau of Touch Compass and give a platform for extraordinary artists.” Founding member Bell says, “I was introduced to dance through Catherine Chappell, founding artistic director, in the early ‘90s and became a founding performing artist for Touch Compass Dance Company. The experiences with Touch Compass always enhance the artist I am today, a movement voice I wouldn’t have without Catherine and Touch Compass. /rītaha/ – “to lean on one’s side,” in te reo Māori – describes the action disabled people take to be part of society. Touch Compass celebrates the true meaning of tangata mana whaikaha, people of power and presence pursuing strength. They break down physical and psychological barriers so all people who have a passion for the arts have a platform to express it, bringing together Pasifika, Māori and disability-led artistry. For more information, head to www.touchcompass.org.nz/new-events/ritaha.

From 30 September to 3 October, the inaugural South Island Moon Festival will take place in Christchurch. This new, free event, which has been designed by the creators of Bread and Circus World Buskers Festival in partnership with ChristchurchNZ, takes audiences on a journey across Ōtautahi Christchurch, and across traditional and contemporary Asian culture. Festival Director Scott Maidment says, “We’ve worked closely with ChristchurchNZ and the Ōtautahi Christchurch community to build a truly spectacular event which we hope will bring audiences of all ages together to celebrate Asian culture and food, and uplift the truly unique cultures of Christchurch.” Starting at the Riverside Markets with a range of traditional beverages and cuisine including the iconic Chinese moon cakes, audiences are invited to follow the lanterns between the various free performance stages offering everything from dance to opera and K-Pop, bash out a hit or two at the huge Astronomer’s Karaoke Bar, get a different perspective with a punt up the Ōtākaro Avon River, gasp at the fire-breathing dragon performers, pit-stop at the Victoria Street food village and be dazzled by the Christchurch Casino Sky Show, and ending at the Full Moon – a 7.5m inflatable lantern. For more information, visit southislandmoonfestival.co.nz.