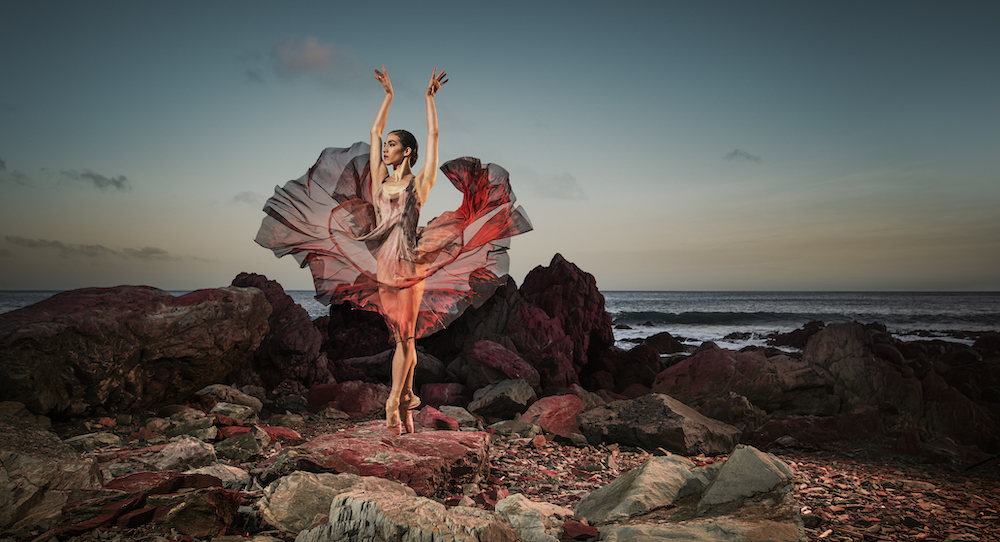 A specially-filmed, multi-camera screening of the Royal New Zealand Ballet’s (RNZB) production of The Firebird by New Zealand choreographer Loughlan Prior – which, until lockdown, was touring the country to huge acclaim – will be available for home streaming from 27 August for an exclusive 10-day period.

From 5.00pm on Friday 27 August NZST, people all over the world will have the chance to experience the new production by Prior, RNZB choreographer in residence and multi award-winning choreographer for stage and screen, with set and costumes by the hugely-regarded designer Tracy Grant Lord, lighting by Jon Buswell and special effects by POW Studios.

Following the triumph of his Hansel and Gretel in 2019, RNZB Artistic Director Patricia Barker commissioned Prior to create a production for a new time and a new generation.

First staged in Paris in 1910, The Firebird changed the direction of ballet and catapulted composer Igor Stravinsky to star status. Together with designer Grant Lord, Prior’s The Firebird is one in which the natural world is threatened and humanity is staring into the abyss of extinction. Captured, the Firebird – a fertility goddess with magical powers – offers the possibility of redemption, if only humankind is brave enough to follow her.

Barker says, “How we treat one another and how we care about the world for the next generations is at the forefront of our new production. Loughlan dived into the world of The Firebird and the magic of Stravinsky’s score and created a work that brings us closer to our own humanity. Audiences in Wellington, Napier and Auckland fell in love with The Firebird, and we know people at home will, too.”

Prior says, “The Firebird draws on the beauty of the earth at its most elemental, the vastness of the cosmos and the impact – both good and evil – of humans on our precious world. While we are devastated to have had to cancel some performances, it is exciting to have this opportunity to share such a new creation with audiences around Aotearoa, including those who may have just seen one of our onstage performances in recent weeks.”

The Firebird is a timeless, untameable force, performed in this production by the Royal New Zealand dancer for whom Prior created the role, Ana Gallardo Lobaina. She is partnered by Kapiti-born Guest Principal Artist Harrison James, home for a short stint from his role as principal with the National Ballet of Canada.

In the iconic and spine-tingling score, sinuous melodies are spiked with shimmering orchestration creating an exotic universe full of wild enchantment that was worlds away from the classics of Russian ballet. Prior’s production unites Stravinsky’s masterpiece with spectacular visual effects by POW Studios and powerful, breath-taking choreography.

The special broadcast of The Firebird is available via Tikstream. Audiences purchase their access here (Minimum: NZ$15. Suggested: NZ$20, with additional donations welcome). Tikstream will then send a unique access code and a link via email (the access code can only be used on one device). This code is live between 5.00pm Friday, 27 August and 5.00pm Sunday, 5 September. There is an option to cast the broadcast to TV, if the device allows.