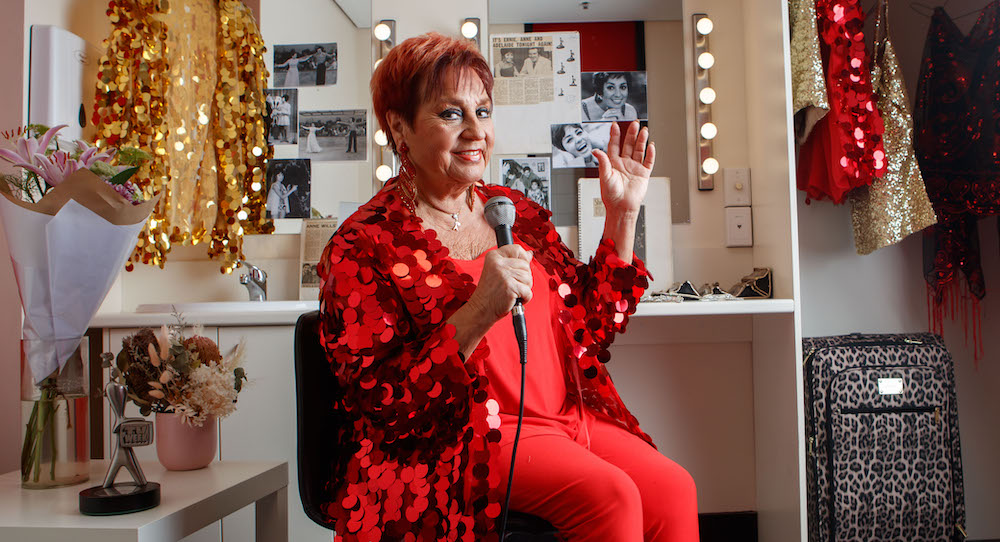 Internationally renowned, award-winning musician, comedian, actor, writer and composer Tim Minchin will return to Adelaide Cabaret Festival with the encore of his award-winning show, BACK, performing on the festival’s opening weekend, 12 – 13 June, at Festival Theatre. Adelaide will be the first stop of the show’s national tour.

The show features “Old Songs, New Songs, F*** You Songs”, hinting at a set list of material from all corners of Minchin’s eclectic – and often iconoclastic – repertoire.

Minchin said, “I love Adelaide, and I can’t wait to bring BACK back for another spin. I first played the Adelaide Cabaret Festival in 2004, at the late-night slot in the foyer of Festival Theatre. Since then, Adelaide has been home to so many huge moments for me: comedy shows in tents, musicals in arenas, filming Upright, orchestra shows and festival openings. I always adore my time there.”

BACK was Minchin’s first Australian tour since returning to the country after almost a decade of living overseas and was seen by almost 69,000 Australians after a seven-year absence from the stage. The long-awaited tour also saw him pick up a prestigious Helpmann Award for Best Australian Contemporary Concert. Minchin has been celebrated globally for writing the music and lyrics for Matilda the Musical, which has gone on to become one of the most acclaimed musicals of the last 20 years, winning a record seven Olivier Awards, 13 Helpmann Awards and five Tony Awards. It has already played in over 50 cities worldwide.

In an exclusive world premiere, audiences will be transported back to the golden age of variety television in Adelaide Tonight with Bob Downe and Willsy. The dynamic duo will recreate South Australia’s iconic tv entertainment show, live on stage almost every night of the festival at The Famous Spiegeltent.

The show is a sparkling hour of tea-time entertainment in living colour, featuring an ever-changing weekly line-up of fabulous artists including cabaret gems iOTA, Mama Alto, Thando, Yana Alana, Trevor Ashley and Adelaide’s own Michael Griffiths. Be prepared for big tunes, bigger laughs and cheeky cabaret, wrapped up in the Logie-winning glamour and hilarity that only Bob Downe and Willsy can deliver.

Downe, the comic creation of Mark Trevorrow, has been a beloved Adelaide regular since 1986. Winner of multiple Green Room cabaret awards, Downe is a television veteran, from Countdown and Mardi Gras to The Project.

Adelaide legend Anne Wills is the winner of 19 Logie Awards, one more than Graham Kennedy. Willsy has been making audiences laugh with her effervescent wit and trademark oversized earrings since she first graced Australian screens in 1965.

Adelaide Cabaret Festival Artistic Director Alan Cumming said, “Australia and cabaret are synonymous for me. My first visit in 1989 was to tour a cabaret show. The year before that, I had been wowed by the talent of the Oznost group of performers at the Edinburgh festival. One of them was Bob Downe, and Bob’s alter-ego Mark and I have stayed friends ever since, so I am thrilled to welcome him and the amazing Willsy in Adelaide Tonight, a celebration of everything Australian and Adelaidian and showbiz and cabaret! And that Australian spirit which I associate with the very spirit of cabaret itself is personified in Tim Minchin, a stunning polymath performer of such wit and tenderness and spunk. It’s so exciting for me to shine the spotlight back on to Aussie talent, a form of homage and thanks for all I have learned and enjoyed from them over the years. Tim and Bob and Willsy are legendary Australian tent poles of the Adelaide Cabaret Festival 21 marquee, and there are more to come!”