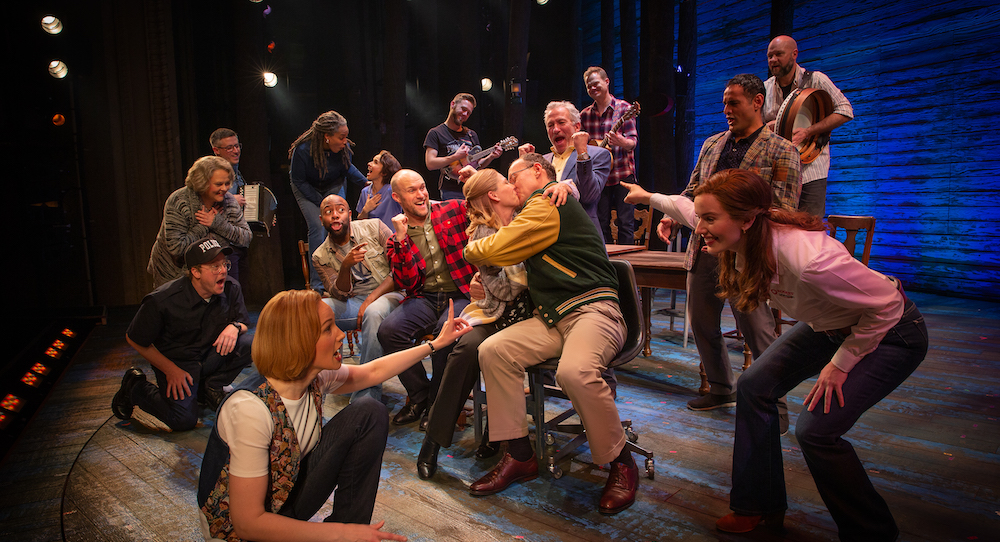 On 19 January, award-winning musical Come From Away had its first performance in Australia 10 months since theatres were shut down due to COVID-19. The performance marks the long-awaited re-launch of its 2021 Australian Tour, which takes in Brisbane and Sydney after breaking all box office records at the Comedy Theatre in Melbourne.

The Australian company is the first to re-take the stage worldwide, with Broadway, London, Toronto and North American Tour counterparts on hiatus.

Come From Away follows the incredible real-life journey of 7,000 air passengers who became grounded in Gander, Newfoundland in Canada in the wake of the September 11 tragedy. The small community that welcomed the ‘come from aways’ into their lives provided hope and compassion to those in need. Award-winning husband and wife duo David Hein and Irene Sankoff (book, music and lyrics), travelled to Newfoundland and interviewed thousands of locals, compiling their stories to share with the world.

Producer Rodney Rigby said that whilst the theatre industry around the world is facing its greatest crisis due to COVID-19, Australia is in an enviable position.

“The Australian production is incredibly fortunate to raise the curtain tonight,” Rigby said. “We are able to do so because of the resilience of everyday Australians, who have a spirit of kindness and humanity that we have seen throughout the bushfires and the pandemic. It is the same spirit that Come From Away embodies.”

In 2019, along with being voted Ticketmaster’s ‘Ticket of the Year’ by Australian audiences, the musical won a Tony Award and four Olivier Awards including Best New Musical, Best Theatre Choreographer, Best Sound Design and Outstanding Achievement in Music, along with four Broadway World UK awards. In 2020, the musical added to its international award tally with five Green Room awards, including Best Production and Best Ensemble.

Now, more than ever, Come From Away is the perfect show for our time – an opportunity to come together and celebrate an inspirational tale of hope and humanity.

Come From Away runs at Melbourne’s Comedy Theatre from 19 January, in Brisbane at the Lyric Theatre from 26 March, and in Sydney at the Capitol Theatre from 3 June. For tickets and more information, visit comefromaway.com.au.