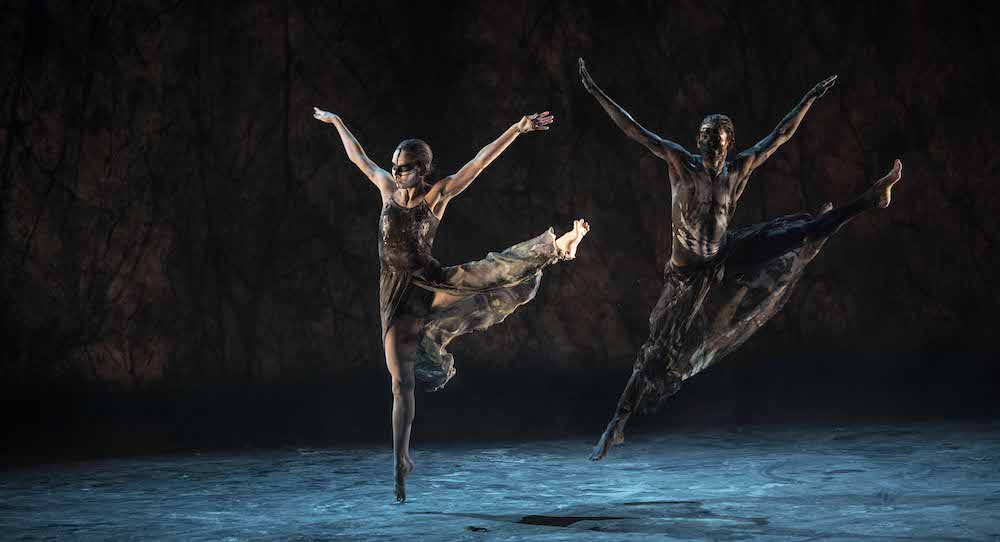 After 10 months in hibernation, Bangarra Dance Theatre has returned to the stage with a series of performances under the stars as part of Sydney Festival 2021.

Spirit: a retrospective 2021 draws on three decades of repertoire to celebrate the unbroken connection of Aboriginal and Torres Strait Islander people to the land. This deftly crafted retrospective of a number of Bangarra’s many and varied works seems to interweave and capture the songlines of this ancient land. Set to a haunting score, Spirit: a retrospective 2021 invites audiences to connect with stories and song lines from across the nation with a collection of work from across the company’s rich history.

We watch and listen in awe as the land, the bush, awakes to sing their songs. It is night, and we peer with eyes not yet accustomed to darkness while the land is very much alive and pulsating under the moonlight.

A woman is thrust into this mystical moment, uncertain, alone, surrounded by a myriad of night sounds. Has she been washed ashore? She is uncertain, there is chanting, then ancient rituals are performed and she becomes savage, initiated, prepared in the shadows. The didgeridoo playing, she is painted with white clay…being prepared.

The dancing and the music takes us along numerous ‘song lines’ with dancing and movement that mimic animals such as the emu and the crow, all underpinned by the stirring sound of ancient chanting and haunting melodies.

This is a mystical and ancient land which, since time immemorial, has followed the song lines of the beating heart of the land.

Spirit: a retrospective 2021 is a long but captivating production, with a large ensemble of dancers.

The performance features choreography by Stephen Page and Bernadette Walong-Sene, as well as traditional choreography and music by Djakapurra Munyarryun, a respected Yolngu songman from northeast Arnhem Land who has worked as a Bangarra cultural consultant for three decades.

The dancing is mesmerising — grace interspersed with bursts of ancient movement from the men, reminding us of long lost warriors. The sounds and the movements are mesmerising and compelling.