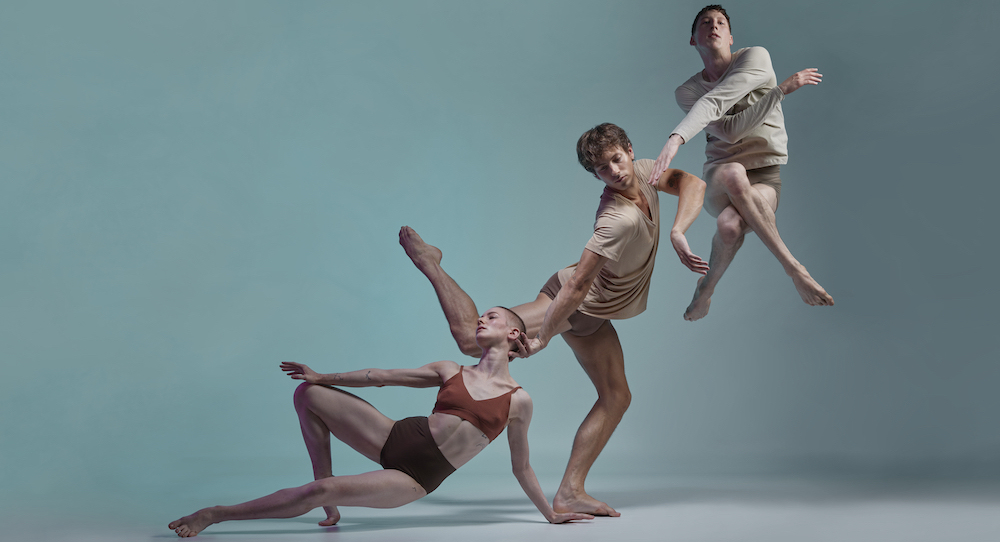 The 2021 Adelaide Festival is coming up from 26 February to 14 March 2021, and the program is full of exciting dance works that you won’t want to miss. Here, Dance Informa highlights some of the Festival’s dance shows. Get ready for lots of dance!

This work will be premiering in Sydney immediately before it comes to Adelaide. Impermanence is a new work by Choreographer Rafael Bonachela, who invited composer Bryce Dessner, ex-lead singer of The National, to compose the work. The score draws inspiration from the tragic Australian bush and Notre Dame Cathedral fires, and the work is imbued with beauty, radiance and hope in the face of devastation.This stunning piece was scheduled for world premiere in the doomed month of March 2020, but this belated debut season increases its poignancy, and more happily allows Adelaide to be part of it. Australian String Quartet appears alongside the dancers.

By London choreographer Botis Seva, the work BLKDOG, which references the blackdog of depression, was the breakout star of the London dance scene in 2018, and the work went on to win the Olivier Award for Best New Dance Production. With music from long standing collaborator Torben Lars Sylvest and performed by Seva’s powerhouse company Far From The Norm, BLKDOG searches for coping mechanisms in the ultimate hunt for acceptance.

Much of Seva’s work is autobiographical; he is informed and motivated by the experience of being young, black and poor in London, and he is interested in the experiences of people who live at the margins of society. Seva’s roots are in hip hop, and he has developed a new choreographic language that is unique. The company will perform BLKDOG in London, and it will be livestreamed into Her Majesty’s Theatre in Adelaide.

Now in his 21st year at the helm of Australian Dance Theatre, Garry Stewart has crafted a unique collective identity for his formidable dancers. His two most recent creations, The Beginning of Nature (with its filmic offshoot, The Circadian Cycle) and South, are choreographic responses to that most burning of all issues: humanity’s relationship to the natural world, both as disruptor and participant in its rhythms and cycles.

Supernature, the culmination of the trilogy, postulates potential futures for our species, its mythic visual vocabulary surreally blurring the lines between anthropomorphic and zoomorphic. This will be the world premiere season, and Stewart’s ensemble of extraordinary dancers invite us to consider how the evolutionary impact of our unnatural ways may force us into a new partnership with the planet we defiled.

Gravity & Other Myths’s The Pulse

The Australian premiere of this show will be at Sydney Festival before the Adelaide season. The demand for Gravity & Other Myths internationally is huge, and the company has tripled its size now with three professional companies on the road in order to meet the number of international dates and invitations it receives. The company was due to be performing all over the globe in 2020, and when it was effectively grounded, it came back into the rehearsal room, and all 30 performers gathered together to create its largest work to date, The Pulse. In the show, there will be 30 performers on stage joined by 30 choristers from South Australia.

Lewis Major was raised on a farm in the south east and has a background in sheep farming and a foreground in experimental dance theatre. This young choreographer, one of only two South Australians shortlisted for the prestigious Keir Choreographic Award, is a hot emerging talent. His early work, including his celebrated Epilogue, has already been presented in major venues in Taiwan, Singapore, Hong Kong, Mexico, Brazil, London and New York.

This new double bill is a great way of sampling what’s he’s been up to. Unfolding melds fluid dance with shifting 3D polynomial animations by creative coder Fausto Brusamolino, and it features costumes created in Adelaide by local atelier Naomi Murrell Studios. A much darker, deeply theatrical work, S/WORDS, postulates a flung-together tribe of performers locked in a theatre as the world burns outside – six dancers in search of the rules, rituals and rites that still carry meaning and value. Both pieces are scored by a leading light of the city’s live contemporary music scene: multi-instrumentalist James Brown, ex-artistic director of Creative Original Music Adelaide, and founder of Wizard Tone Records.

For more information on 2021 Adelaide Festival, head to www.adelaidefestival.com.au.