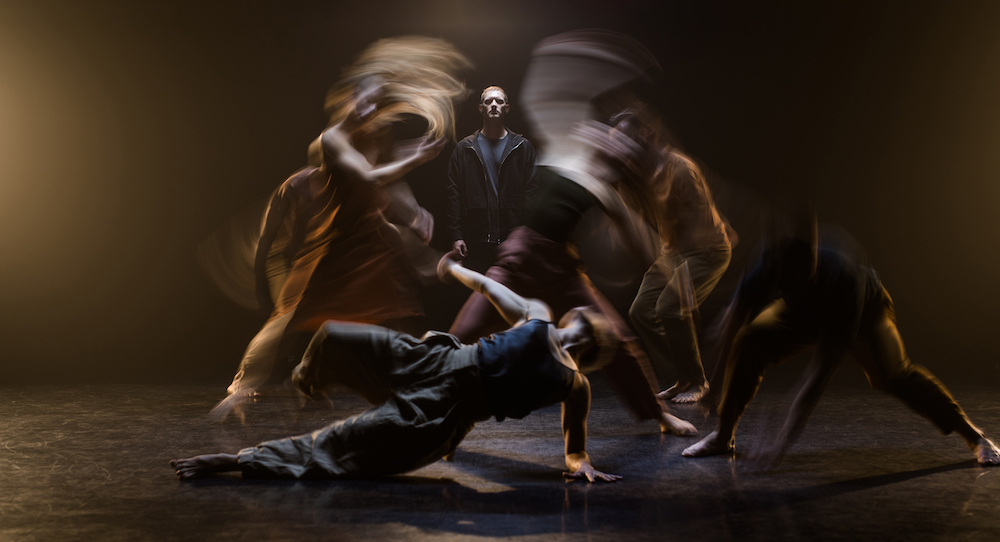 The Kite String Tangle’s Danny Harley and Australasian Dance Collective (ADC) take to Brisbane Powerhouse together in February 2021, in the high-octane collaboration, Aftermath.

Visceral physicality and a stirring soundscape collide in a bold new full-length work co-created by Amy Hollingsworth and Jack Lister, as the formidable ADC dancers are joined live on stage by Harley performing his original composition.

Under his moniker The Kite String Tangle, Harley has achieved a string of awards, Gold-certified releases “Given The Chance” and “Arcadia” and is a prolific collaborator, having worked with Fat Boy Slim (UK), Clozee (France), Dustin Tebbutt, Lastlings, Woodes and Queensland Symphony Orchestra.

Set to a searing new score, performed live by Harley, Aftermath opens into a haunting world of disquiet, both familiar and unfamiliar. Through a landscape of fragmented memories and imperfect recollection, we slowly piece together the events that have transpired, accelerating toward total recall. A rousing aural, visual and sensory trip, audiences are hurtled through a cascade of events – arriving at a stunning climax. Part-gig, part-performance, it is an experience like no other.

“Aftermath has an entirely local creative team and cast,” she said. “Launching this new ADC season at Brisbane Powerhouse, which is known for its contemporary programming, seemed like a perfect fit.”

A long-time appreciator of Harley’s music, Hollingsworth said she had always dreamt of collaborating with the renowned local talent. “I have been following Danny’s music for years and have always wanted to collaborate with him. I felt that a Danny and ADC mash-up could be something quite incredible — for us to step into something new as a dance company and for Danny to unleash some of his more experimental ideas. An added bonus is that Danny and Jack (Lister) have collaborated previously in some short form projects and have such a creative and innovative relationship.”

The feeling was mutual for Harley. “When ADC approached me to collaborate with them, it couldn’t have come at a better time,” he said. “I’d just come back to Brisbane from a residency in Berlin, and was desperately wanting to make some more experimental music that wouldn’t necessarily be expected of The Kite String Tangle project. So when this opportunity came up, I jumped at it. Amy, Jack and I were immediately on the same page about the direction of the project, and it was a really natural unfolding into the dark dystopian world that became the Aftermath show.”

He spent many hours in the ADC studios, working with the dancers and creative team, exploring, testing and simultaneously building the soundscape to ensure it was a seamless and integral part of the performance.

“I was excited to collaborate with ADC because I would be able to witness and work with people at the top of their game in a neighbouring art form, while simultaneously composing the music,” Harley explained. “Sometimes the music would be first and the choreography set to that, and other times I composed to the movements that they had workshopped. So it was a really different and unique process for me, and I’ve been really inspired the whole time. The show is definitely unlike anything I’ve ever done before and anything I’ve ever seen before.”