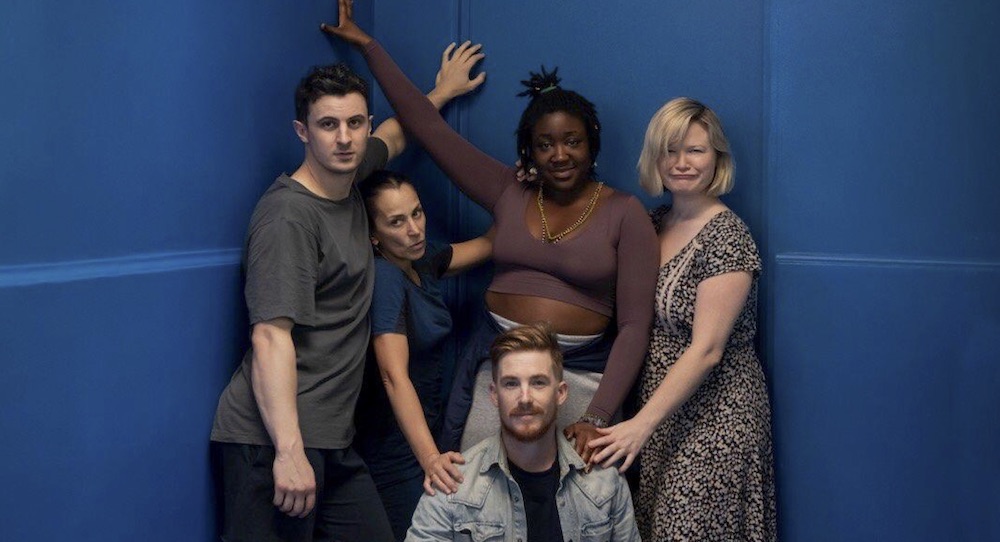 Produced by Here Today, The Power of Love is an immersive theatre and dining experience that draws on the history of Sydney’s iconic Grand Pacific Green Room, located on the corner of Oxford and South Dowling Streets, Paddington. Reclaiming the space for a contemporary use, Sydney theatre stalwarts Lucia Mastrantone (Dead Cat Bounce) and Amber McMahon (Banging Denmark) have converted the interior of this storied and glorious art-deco landmark, and created a brand new immersive theatre show that weaves a story of romance, intrigue and surprise into the hallowed halls of this gorgeous building.

It’s a theatrical experience like no other, bringing the magic of the past into our present day, and using the first film ever screened at the venue, The Power of Love, as the basis for a story that will play out all around a group of lucky theatregoers. And because the building that houses The Power of Love is slated for demolition in January 2021, this is the last opportunity Sydney-siders will have to relish a piece of its artistic history.

Following COVID-19’s rampage through the theatre industry, Mastrantone and McMahon began to look for alternatives to conventional theatre spaces. When they found the building which formerly housed the Academy Twin Cinema in Paddington, they were delighted to learn that it had played host to some of the key cinematic moments of the 20th century. When the building first opened in 1911, the cinema was the largest in the entire world, with seating for over 3,000 people.

As well as taking ticketholders through a winding journey based on the 1911 film The Power of Love, the show will give patrons a series of special cocktails and gourmet bite-size delights. The final part of the show includes a sit-down meal with the person you came to the show with.

Mastrantone, co-creator of the show, says, “It has been such an amazing experience to return this space to its former glory as a vibrant, edgy, Sydney entertainment hub. We’ve crafted a show that is best enjoyed in pairs, so come and see the show with a partner or loved one, and you’ll enjoy a thrilling evening that features little tasty treats along the way.”

McMahon, co-creator of The Power of Love, has long been a devotee of immersive theatre. “There’s something incredible about theatre that totally removes you from the outside world – and takes you physically on a journey through a space you’ve never seen before. To be able to utilise this space before it disappears from Sydney entirely is a tremendous privilege.”

This is a unique, intimate and exclusive experience that will only be seen by a special few. The show must close by 28 November, and is best enjoyed in pairs. Alongside the immersive theatre show, the venue also houses a new pop-up bar in the former Academy Twin Cinema, which will also house cabaret acts, stand-up comedians and musicians throughout The Power of Love’s season.

“The aim was to create an artist’s hub that gives opportunity to some of the hardest hit sectors of our economy (artists and hospitality workers) to showcase their talent in a COVID-safe environment,” says Mastrantone. “We’re hoping that artists of all different stripes come and hawk their wares across a month-long period, in a fitting send-off for one of Sydney’s earliest variety houses.”

The Power of Love will be presented at The Grand Pacific Green Room, 1 – 11 Oxford Street, Paddington, from 18 – 28 November. For tickets, visit www.trybooking.com/BMJKY