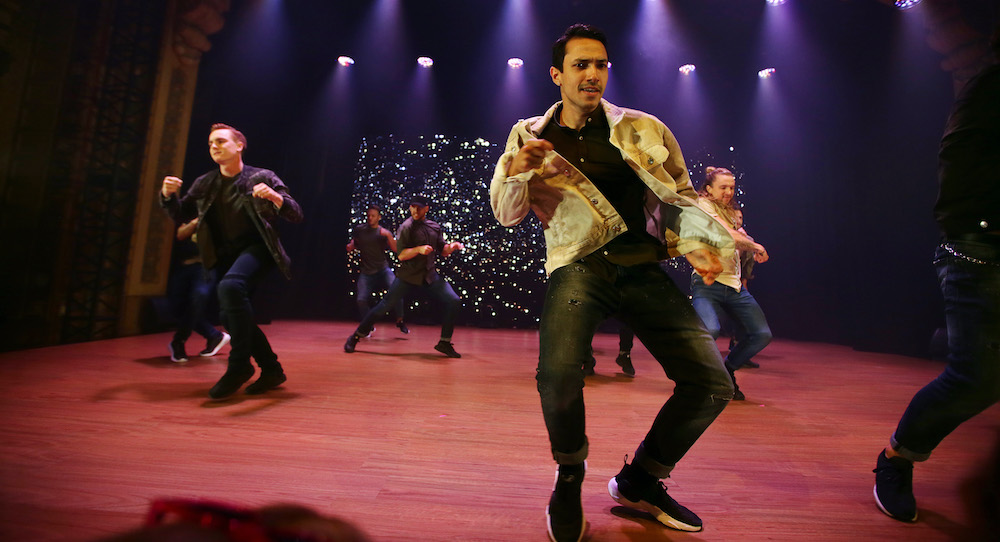 Described as “a feverish spectacle” by London’s Evening Standard, there’s no doubt that Magic Mike Live is an exciting addition to the Australian theatre scene. Due to open in Sydney from December 17, Magic Mike Live is based on the well-known and loved movies Magic Mike and Magic Mike XXL. Adapted for the world’s largest spiegeltent – The Arcadia – the Australian version promises to be more exciting than ever and, perhaps most importantly, COVID-safe. We spoke with cast member Dayton Tavares about his experience working on the show, and why there’s a little something for everyone in this unique and exhilarating production.

Tavares is well-known in the Aussie musical theatre industry, having played Billy Elliot at the tender age of 12 in Sydney, Melbourne, and on Broadway in New York. After several years focusing on commercial dance, working on The Voice Australia and with artists such as Rita Ora, Ricky Martin and the Black Eyed Peas, he returned to his musical roots. “I was lucky enough to be cast in the Australian productions of In the Heights, the opera version of West Side Story and Bring It On: The Musical,” he says. “And that’s taken me right up to now doing Magic Mike Live.”

Magic Mike Live is arguably very different to many of the more mainstream musical productions, due to its adult themes (the show is only open to patrons over 18) and more immersive approach. “It is definitely more interactive,” agrees Tavares. “The stage is in the middle of the spiegeltent, and the audience is positioned all the way around with a 360-degree view. We perform on the main stage, but we also perform throughout the venue on the stairs and on stages that are set up within the audience. It’s a very sensual show, but the audience gets to explore that for themselves in a very safe environment. I think the coolest thing about this show is about is how it explores empowerment and how the audience is able to dictate how much or how little they receive. There’s a sense of respect between the audience members and the cast members to make sure everyone feels safe, which is really awesome. We encourage the audience to interact, to respond to the MC or even just shout out, and the more the audience gets involved, the better time we have performing for them as well. It’s a lot of fun.”

Based loosely on the plot of the movies, the cast of the live show teach the titular character Mike how to – as Tavares describes it – “show up for a woman.” Within this context, Director Channing Tatum and his creative team have incorporated just about every style of dance into the production.

“We go through different numbers where we all have our own moments,” shares Tavares. “There’s a breakdancing routine, there’s a tap dancer, there’s an aerialist. I personally play piano at one stage, and in comes the guitar and then there’s a live singer, Josh Williams, and his voice is crazy. We’re trying to show Mike how to make a woman swoon, so it’s a really romantic point in the show.”

For someone who came straight from playing a teenage cheerleader in Bring It On: The Musical, Tavares has found this experience empowering. “I knew the movies, but this experience has been completely different as well,” he explains. “I wasn’t sure what to expect from the audition process, but it was probably one of the most supportive environments that you can be in. It didn’t feel like there was any pressure or any competition within the audition room. There were points where the creative team just put on music and asked us to freestyle and have a party, and they were really just interested in bringing out everyone’s strengths. And the show is different all over the world. If you went to the Vegas show, the London or Berlin show, or Australia, you’d have a completely different experience, which I think is really cool.”

And, in the midst of a global pandemic, Tavares notes that the Magic Mike Live team have taken great care to ensure this new Australian experience is safe for their audiences. “Channing and the entire creative team have kind of approached the COVID situation as a creative challenge,” he describes. “Instead of simply removing numbers or making cosmetic changes to the space, they’ve taken the opportunity to reinvent the show, in a way that everyone is safe but still gets to experience that sense of fun and electricity. I think Australia is going to have the best version of the show in the world.”

Working closely with Tatum has been a highlight for Tavares and the rest of the cast. “During the audition process, videos were constantly being sent to Channing for feedback,” Tavares shares. “And although we haven’t opened in Australia yet, Channing made it all the way out here last year to launch the show, which was amazing. He was so chill, he fit in with all of the cast and creatives, and I think he plays a massive role in making each show different and making sure that it plays to the strengths of the cast. Everyone has their own moment when they get to show exactly who they are, within a routine.”

That the show is adapted for its cast doesn’t mean it’s easy for the dancers. “It’s definitely challenging my cardio,” admits Tavares. “This show is so athletic, it’s crazy. Even during this pandemic, we’ve had to make sure that we’re on top of our health and fitness, because you need a huge amount of stamina for this show. On top of that, we have the heat of the lights and dancing in full denim costumes and jackets and jumpers. In the Australian summer, it’s going to be a challenge!”

For those on the fence about whether Magic Mike Live is for them, Tavares urges audiences to come and be surprised. “Everyone already has an idea of what they think the show will be, and you’ll definitely get that, but there’s so much more to it,” he explains. “It’s incredibly funny, but it’s also a really very safe and smart way of being able to explore your own power and your own sensuality. Especially after COVID, this is the night that everyone needs. There really is something for everyone – aerialists, live music, tap dancing, breakdancing, acrobatics, comedy. It’s just a great time. It’s very immersive and thrilling, so everyone who comes will leave feeling like they were a part of the show.”