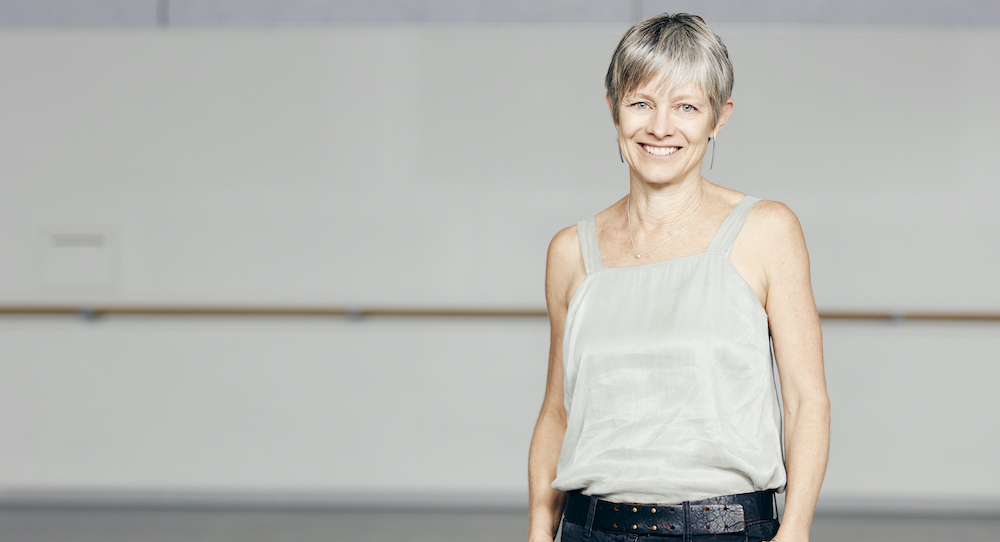 When lockdown struck, the Head of the Sydney Dance Company Pre-Professional Year (PPY) Program, Linda Gamblin, along with Omer Backley-Astrachan, managed to keep the program going with a combination of an online training program they developed, combined with assistance from some Sydney Dance Company company dancers.

Gamblin explains, “The online training was great. We didn’t really know how it would go and we were about to go into lockdown and have two weeks off on holiday when someone said, ‘What about this Zoom thing?’ And then we started chatting, and we said, ‘Let’s do a class tomorrow to try it out,’ and we did that and it was really interesting.”

Initially, it was just the PPYers. “We shut down Wednesday night and by Friday, we were having our first class via Zoom,” Gamblin recalls. She says she had previously considered the idea of online training but hadn’t expected it to be picked up so quickly. Gamblin and Backley-Astrachan proposed the idea, and everyone involved thought it was a good idea. They were expected to have something by Monday, which of course was not possible.

“We didn’t want the pressure to have to come up with something that quickly,” Gamblin explains. She and Omer Backley-Astrachan needed some time. “So we said, ‘Hang on, we need to get our heads around this. I don’t think I can do that by Monday! But by Friday, we said, ‘Let’s just do a Zoom class for fun.’ At this point, people were starting to go home, as there weren’t the restrictions that we have now, and by Friday we decided to go ahead with a Zoom class the next morning at 10am.”

Everyone seemed keen so they went ahead incorporating Zoom into the online training. “So we had the three-week holiday, then added those holiday weeks to term two and term three,” Gamblin says. “Company dancers came and joined the PPY classes over the holidays, and that’s how we started liking it because they were involved as well.”

They then had two weeks holiday before starting term two. Gamblin explains, “It was great; we really enjoyed it. It was lovely having these company classes, and the company loved being part of those classes as well as joining us with our other teachers. We’d already booked them in and paid them, so we made the most of it.”

She adds, “We had improvisation, yoga, ballet technique, and the company dancers were doing it with us. And I was teaching the way I like to teach. Usually, the company dancers would join us just for the warm-up, but it was lovely having them learning with the PPYers. And then we decided to finish the Diploma and the advanced Diploma lectures and assignments online. And that worked better than ever, because when you’re in the studio, you’re tired, so we’d be on the floor watching a powerpoint lecture.
But all of a sudden, we were learning dance heritage every week! Evenings often became the time when everyone would be online or sharing their screens so they could google a choreographer. And the PPYers would be in their bed with their computer drinking cups of tea! It was fascinating. A very different way to deliver dance heritage!”

Gamblin and Backley-Astrachan had always incorporated weekly sector awareness in the PPY program, encouraging the PPY dancers to to do their own research. “But when you have someone there with you virtually, ideas spring up and it becomes, ‘Let’s look at this,'” Gamblin says. “So I think we’ll be keeping that for next year’s program.”

She continues, “The group had the possibility to do up to four classes each day, and then in the evening, they’d shower and jump into bed with their heater on and talk to one another. There were also check-ins each day for anyone who wanted to check in – 9am and 4:30pm to chat about anything – including any mental health issues. We also had open chats with company dancers who were invited to talk about technique, for example.”

Gamblin notes that everything was different but that everyone benefited from it in a number of ways. “For example, Charmene Yap adapted a film, teaching the group how to actually make a film. Some of those afternoon lectures were film lectures, learning choreography for film; they had 36 tasks for that project!”

Gamblin concludes, “They’re happy to be back in the studio, but it’s challenging for this age group with social distancing, but it hasn’t taken them long to understand. The challenge was they wanted to get into small groups and whisper. I feel we’re having different conversations now because we’re physically distant and socially not the same, and able to take on new things.”