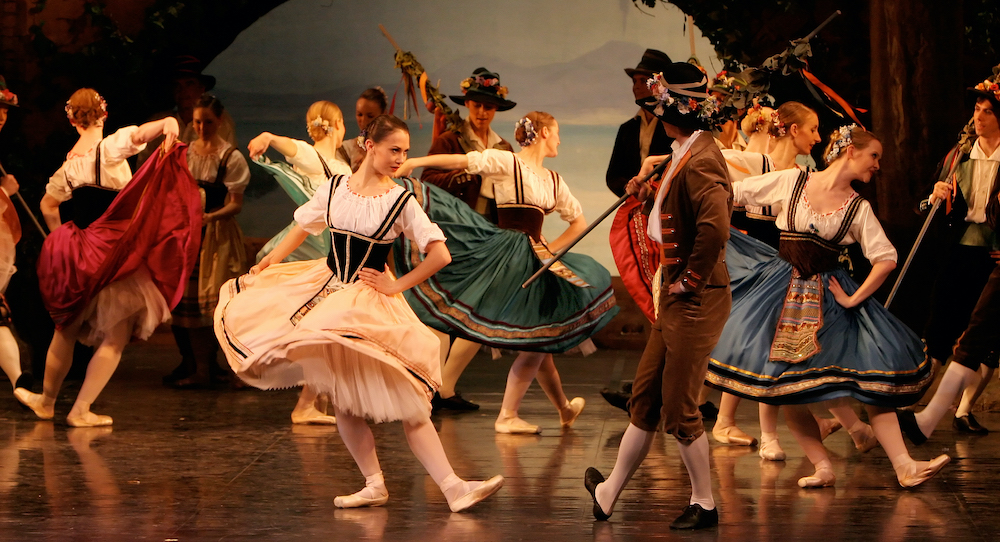 France’s Ballet Preljocaj will present its global hit, Snow White, at the Auckland Arts Festival 2020 for five performances only, from 11 – 15 March. Choreographed by Angelin Preljocaj, this ballet is a boldly seductive take on the Brothers Grimm fairy tale and features costumes by legendary fashion designer Jean Paul Gaultier. For tickets, head to www.aucklandfestival.co.nz/events/snow-white.

Young drag performer Bjorn Aslund will present Plato’s Atlantis in the triple bill, Situations in Play, at the NZ Fringe at Te Whaea, Basement Theatre, from 12 – 14 March. Aslund is a contemporary dancer, burlesque performer and queer drag artist based in Wellington. A recent graduate from the New Zealand School of Dance (NZSD), Aslund’s original choreography mixes contemporary dance with drag performance. The triple bill also showcases the work of emerging choreographers and recent NZSD graduates Alessia Augello and Alec Katsourakis. These upcoming young artists have been supported to make these new works by the Toi Pōneke Art Centre Dance Residency 2020, which is now in its fourth year supporting dance in Wellington. For more information, visit fringe.co.nz.

Several graduates of the New Zealand School of Dance (NZSD) will be involved in many arts festivals and dance performances over the next few months. Sarah Foster-Sproull’s Royal New Zealand Ballet (RNZB) work Artemis Rising is being restaged for Tutus on Tour, with performances around the country. Callahan Laird, 2019 Todd Scholar, has recently joined 10 other NZSD alumni at RNZB. This month, alumni Lucy Marinkovich (Borderline Arts Ensemble) and Taiaroa Royal (Ōkāreka Dance Company) present new works at the New Zealand Festival of the Arts. Current student Amit Noy, along with graduates Tyler Carney and Latisha Sparks, can be seen performing in Michael Keegan-Dolan’s MÁM. At the New Zealand Fringe Festival, the NZSD Graduate Company, supported by the Toi Poneke Choreographic Arts Residency, is showing a triple bill with choreography by Bjorn Aslund, Alessia Augello and Alec Katsourakis. Alumni Kit Reilly and Holly Newsome will also be presenting new works in the Festival. Other contemporary graduates from 2019, Cheyanne Teka and Nadiyah Akbar, have recently joined Footnote Dance NZ. The company just announced the new line-up of choreographers for its touring season in May/June, which includes graduates Jeremy Beck and Connor Masseurs (Ooshcon). At the Auckland Fringe, the New Zealand Dance Company will be presenting This Fragile Planet, with choreography by Ross McCormack. Five alumni are dancing with the company this year.

On World Creativity and Innovation Day (21 April), the inaugural winners of the Hnry Awards will be announced, aimed at recognising creative talent and self-employed freelancers. Creatives are challenged to submit a piece of work around the theme, ‘What does independent earning mean to you?’ The submissions can be anything from song, video, illustration, design, sculpture. The new award was created by James Fuller, CEO. Many creative freelancers work with Hnry, an award-winning company known for making financial administration easier for independent earners. Fuller hopes this award will showcase the country’s top talent, give independent earners a chance to win some financial freedom, showcase their work and raise awareness of the creative industries. Submissions close on 21 March. The panel judges will name the 10 finalists on 30 March before opening it up to public voting, leaving it to people’s choice to decide the top three. The winner receives $15,000, first runner up gets $7,500, and second runner up receives $2,500. For more, click here.

This April and May, New Zealand Dance Company will be jet setting off to Europe on its annual international tour. The company has been invited to perform for the first time at the prestigious Steps Dance Festival across Switzerland; followed by Bayer in Leverkusen, Germany, bringing the Time programme, including Ross McCormack’s Matter, KIM Jae Duk’s Sigan and Victoria Colombus’ The Fibonacci to Swiss and German audiences. Find out more about dates and times here.

International Ballet Workshops (IBW) is excited to announce that the international guest artist for its next workshop tour is former Royal Danish Ballet dancer and an expert in Bournonville style, Louise Østergaard. Østergaard danced with the Royal Danish Ballet for over 15 years, performing soloist roles in the repertoire of George Balanchine, John Neumiere and, of course, August Bournonville, among many others. In 2015, Østergaard obtained her teacher’s state diploma in Paris, and has since taught at various schools throughout France and abroad. By attending the IBW Winter 2020 “Bournonville Series”, students will not only experience a once-in-a-lifetime opportunity to learn from this incredible teacher, but IBW will also be sending one lucky student to the Royal Danish Ballet Summer School for three weeks in July 2021. The IBW Winter workshops will be held at Wellesley Studios, July 13-15. Registrations are now open with places filling quickly. To register, go to www.ibwdance.com.