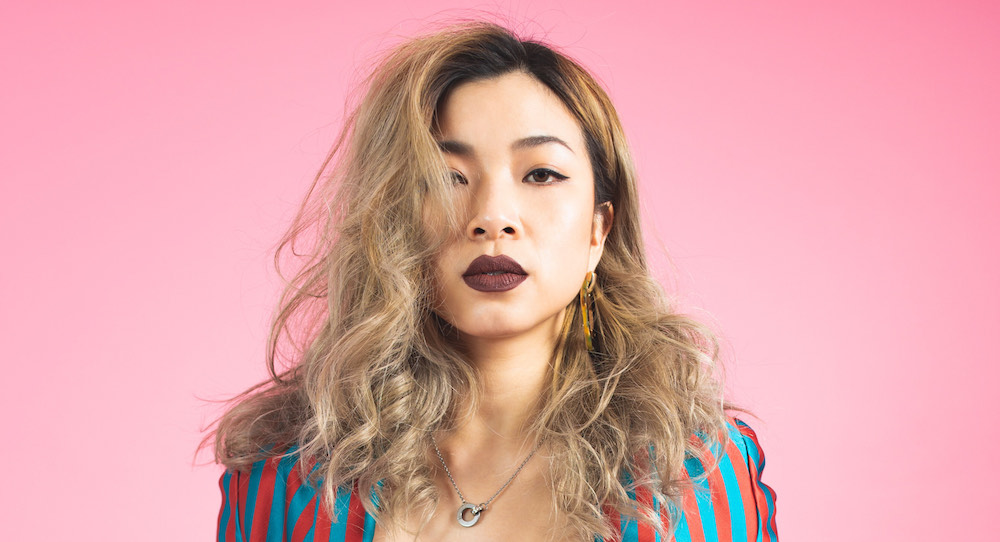 Dance has long been a part of our identity — personal and tribal. Folk and ceremonial traditions have played a role in the cementing and celebration of cultures for millennia. In the modern era, new forms of dance continue to emerge as expressions of ethnic, class and sexual will and identity. Just as tango arose from poor immigrant communities in Buenos Aires and hip hop sprang from disenfranchised Afro-Latino youth in New York, the emergence of Waacking (or Punking) from the black gay underground of 1970s Los Angeles speaks to the nexus between the moving body and acts of resistance and identity.

Yet, in 2020, the waters of monochromatic political assertion have been muddied. If Waacking was once a flag of gay male blackness, it is now a banner for a far wider collective. Whereas some will decry the fact, Waacking (like disco and house before it) has made the transition from queer club subculture to a more ‘straight friendly’ dance form. Whilst others would add that the ‘vanillarisation’ process has had a bleaching effect, making the dance whiter and more middle class, the fact remains that the uptick in Waacking’s popularity has seen it breach party lines and evolve as a global artform. (I will leave you to determine if you think this is a good thing or not.)

Indeed, this February, at the Melbourne Museum, the annual Midsumma Festival will celebrate the new lunar year with Nocturnal X Midsumma, a Waacking ‘street battle’ disco that brings together the city’s LGBTQIA+ and Asian communities. Not only will the event be a celebration of the dance but also an opportunity for people to honour their own identity, whatever form that might take.

Nocturnal X Midsumma will also feature international guests Pangina Heals from Thailand, and Chrissy Chou from Taiwan. They will act as hosts and judges for the competitive aspect of the evening. Yes, competitive; because Waacking, like hip hop, involves a battle.

Explaining it further, Chou says, “As a dance style, Waacking is highly technical. It requires a lot of upper and lower body coordination. It’s fundamentally a freestyle dance, and while you can definitely choreograph the style, you first need to understand the dance.”

At first glance, it looks like a more angular, energetic version of Vogueing, with elements of lipsync and narrative drama.“In terms of technique and the foundations, it’s quite hard to talk about because there’s a lot of varying dynamics which can affect the way it looks and is presented,” Chou elaborates. “There should never a deliberate intention to make a reference toward other dance styles, but as you’re in the process of learning the dance, there’ll always be an inevitable tendency to be influenced by other genres you’ve learned.”

Indeed, with Waacking, you see traces of jazz, drag and musical theatre styles, in addition to obvious strains of hip hop and disco. Yet, perhaps the most interesting feature is its storytelling aspect. Waacking seeks to evoke the drama and emotion of songs, using lipsync, highly articulated movement and costume.

Speaking as one the Nocturnal X Midsumma judges, Chou explains, “The value of storytelling is an extremely important element. When judging, you’re trying to look at how the performer decides to tell their story. Are the judges enthralled by it? Have they captivated the audience? Honestly speaking, though, I think the more the expression of the dancer’s moves and story matches the music, the more the audience will come to enjoy the performance.”

Yet, for all the technical proficiency, athleticism and drama of the dance, its origins in the convoluted politics of identity are sometimes difficult to extract. “I don’t believe that Waacking is as politically significant for LGBTQI individuals now as it was in the 1970s,” Chou observes. “Obviously, I could be misjudging the situation, being a cisgender woman, but I do make these observations based on my surroundings. I believe that Waacking has helped many people discover a newfound self-confidence, which has, in turn, helped them discover their place in the world and allowed them to feel like they have the right to belong.”

For the event organisers, belonging may well be a key theme. Rather than remaining entrenched in the febrile divisions of identity polemic, they are presenting this luna new year disco battle as an opportunity for us all to be whoever wish to be. In this way, dance operates to transcend our commonplace (and largely reductionist) notions of gender, sexuality and ethnicity and, by returning us to the body, it centres us in an identity less reliant on socially received norms.

As Chou reveals, “Waacking brings out a side of me on another level. It’s not just the feeling of being free through the dance; it’s the fact that it allows me to express things I normally wouldn’t be able to do or say. It’s almost like another identity. I feel a range of emotions for this ‘other me’, and through this, I feel I’ve learnt to understand myself better.”

Perhaps if dance can help us to understand ourselves better, it may well fulfil its deepest objective. Either way, it sounds like a good reason to celebrate a new lunar year.

Nocturnal X Midsumma will be presented at Melbourne Museum on 7 February. For tickets and more information, visit www.midsumma.org.au/whats-on/events/nocturnal-x-midsumma-lunar-new-year-disco.